Deputy who was shot in Alhambra has died, sheriff says 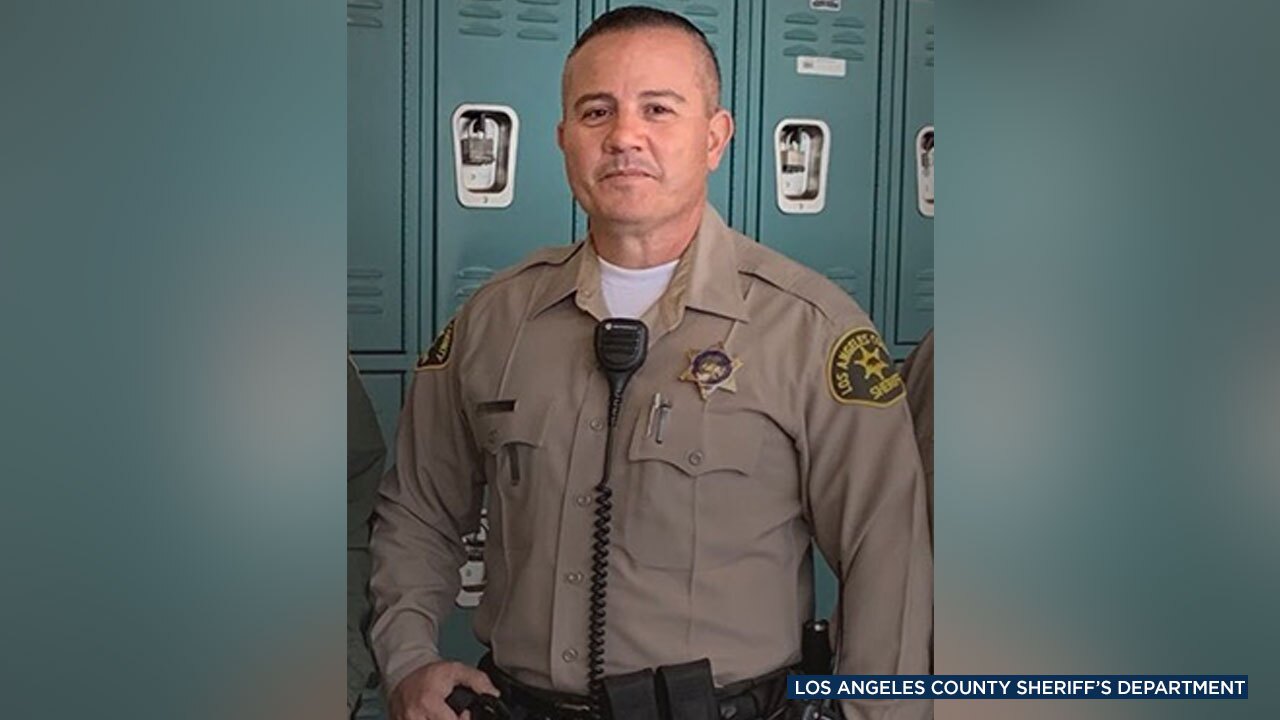 Deputy Joseph Gilbert Solano, 50, was shot in the head as he was waiting for food at a Jack in the Box on Monday.

Solano was off-duty and in civilian clothes and officials say the attack appeared to be random, with no apparent connection between him and the suspect.

Rhett McKenzie Nelson, 30, of St. George, Utah, was arrested Tuesday in the shooting and is being held on $2 million bail.

After the shooting Solano was transported to Los Angeles County + USC Medical Center in grave condition as friends, family and law enforcement colleagues came to pay their respects.

"Knowing what transpired, knowing that Deputy Solano did what we can expect every deputy to do - he confronted a threat, not knowing what it was," Villanueva said. "In a split second he lost his life."

Solano was described as a well-liked deputy and a dedicated family man.

Sheriff Alex Villanueva described him as a "kindhearted, generous person. Always willing to help others before himself."

His father had died several months ago and Solano was the sole provider and caregiver for his mother. He was at the Jack in the Box on Monday because he was taking his mother's car for an oil change at the nearby Jiffy Lube.

Investigators say Nelson is also suspected of shooting and killing a man in central Los Angeles about an hour before Solano was shot. So far there is no apparent motive in that shooting either.

Nelson was reported missing by his family as of May 27. In a Facebook post, family members said he had a history of opioid abuse, but has been clean for about six months.

His sister posted: "He is normally friendly but we aren't sure of his mental state and I don't think approaching him directly would be a good idea."

Nelson was caught thanks to a tip to police from his father.

Investigators say Nelson was at a church in Long Beach when he called his father in Utah and told him he had been involved in homicide in Southern California. His father contacted Long Beach police and they were able to track the phone number and find him near the church.