DUI driver found with children in car during checkpoint 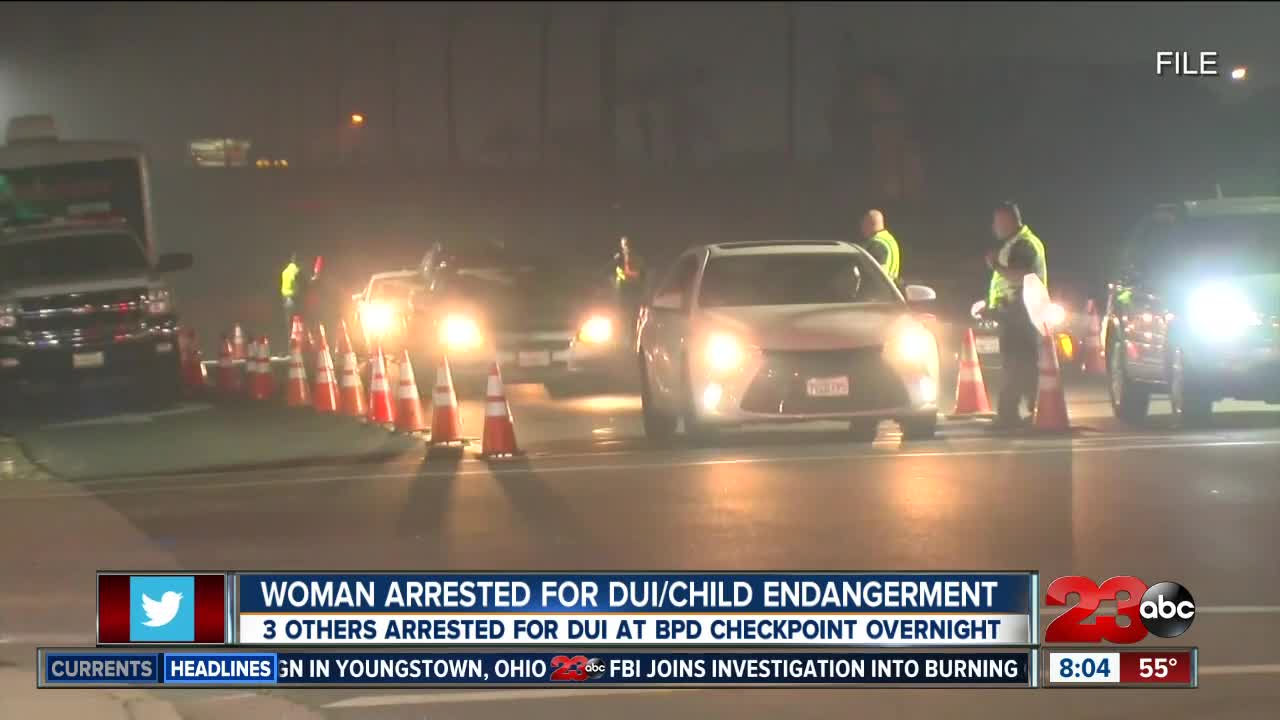 One of those drivers was found with children in the car and is now facing two counts of child endangerment.

BPD held the checkpoint in east Bakersfield near Bernard Street. 368 vehicles were screened between the hours of 6 p.m. and 2 a.m. this morning.

BPD says the public is encouraged to help keep roadways safe by calling 911 if they see a suspected impaired driver.