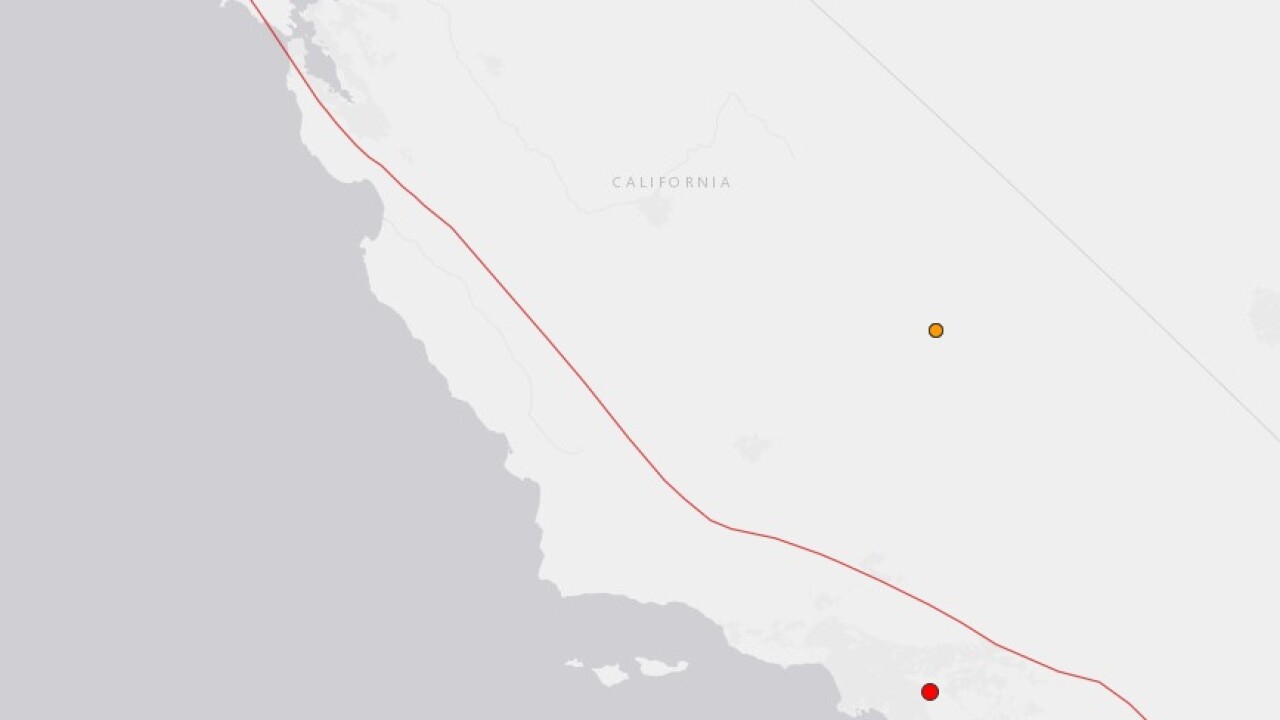 Northern and Southern California have both been hit with earthquakes Wednesday morning.

According to the U.S. Geological Survey, a magnitude 3.5 hit Yorba Linda in Orange county at about 5:06 a.m.

About two minutes later, a 2.5 was reported in the Bay Area in the area of Black Point-Green Point.

It's not known if any damage was reported or if anyone was injured.