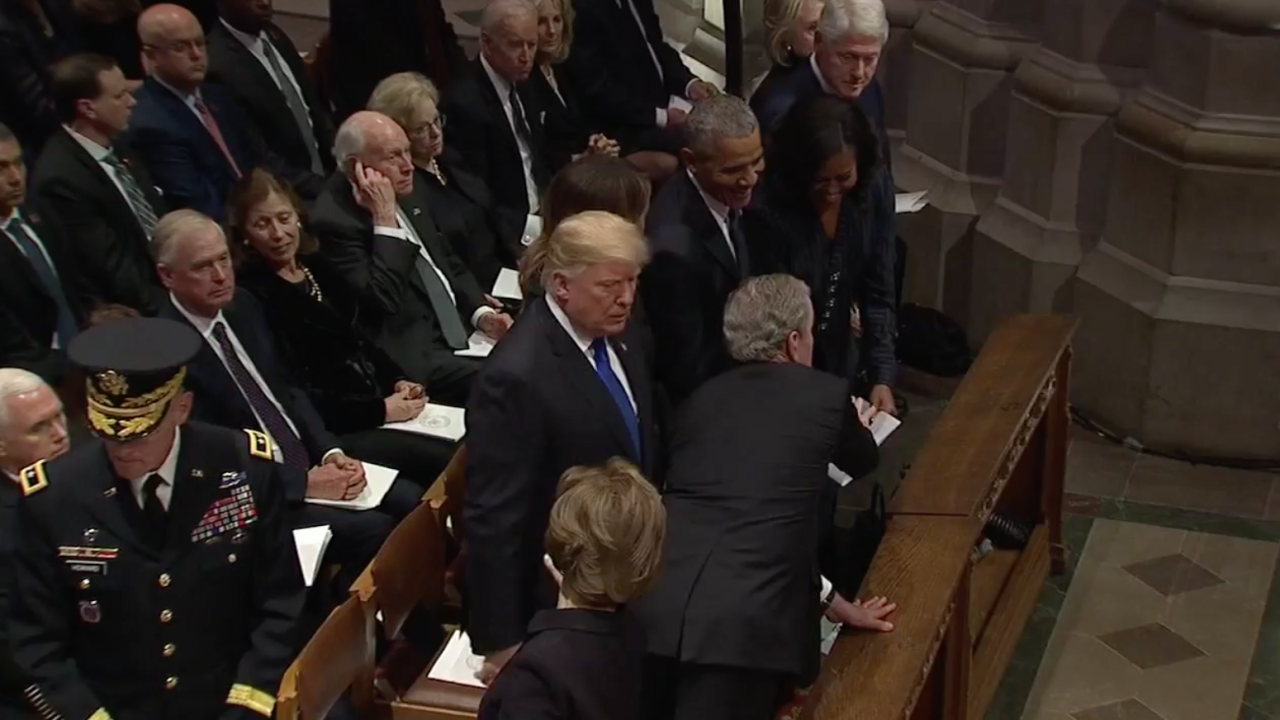 WASHINGTON D.C. — WASHINGTON -- In a sweet show of friendship, George W. Bush appears to sneak Michelle Obama a piece of candy at the state funeral for his father, George H.W. Bush.

The former president was greeting his predecessors and successors before the service began when he can be seen passing something to the former first lady, and she smiles and laughs in response.

This is the second time Mr. Bush has slipped Mrs. Obama a treat. He was seen passing one to her at the funeral service for John McCain earlier this year.