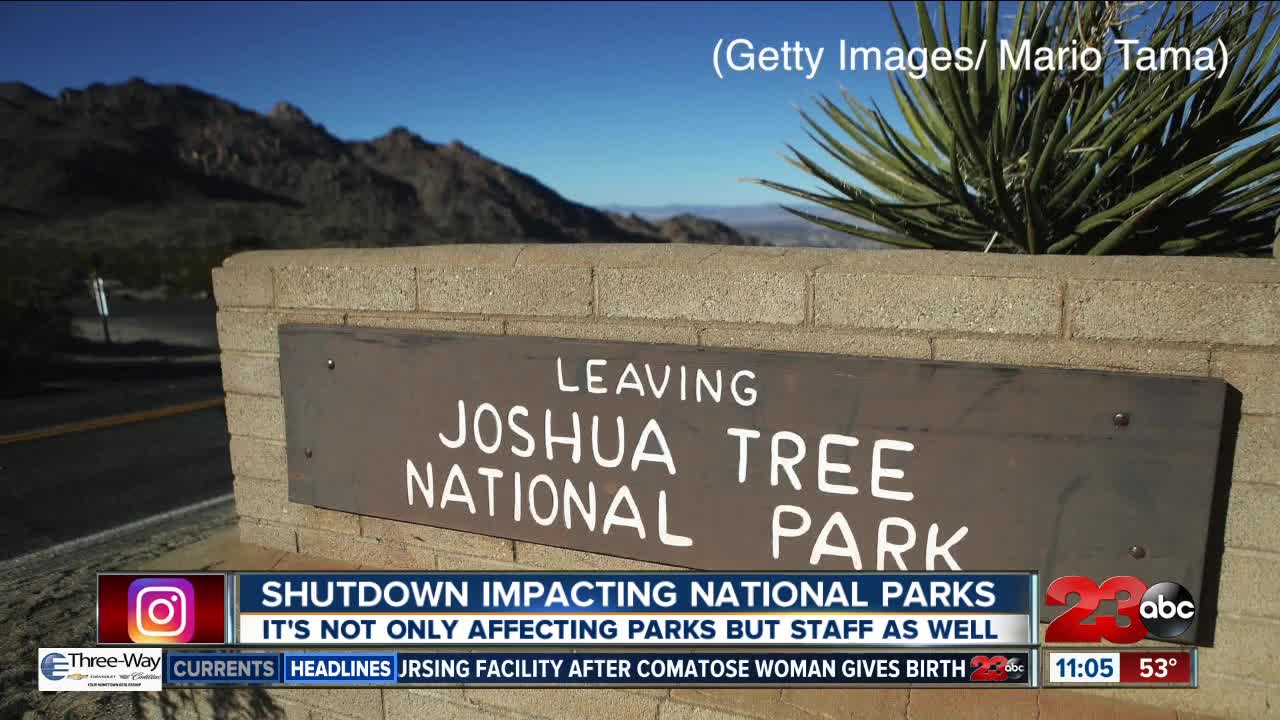 Thursday marks the 20th day of the government shutdown and one of the major issues it’s affecting is National Parks across the country.

BAKERSFIELD, Calif. — Thursday marked the 20th day of the government shutdown and one of the major issues it’s affecting is National Parks across the country.

With National Parks relying on federal money to be maintained, the government shutdown is affecting not only the staff that works but also the park itself.

"In Yosemite, last week volunteers were picking up trash and filling that gap but there is a limit to what volunteers can do,” said Jeffrey Jenkins.

Jeffrey Jenkins is a professor at UC Merced and teaches about Public Lands and Protected Areas. He says not having employees manage the park is causing greater damage in the long run.

"The impacts going forward may not be linear, they may be exponential. If you close a park for a month then you will likely have effects for 2-3 months after that."

Around the state, the shutdown is having varying effects on parks, some are fully shut down but others aren't.

While some are shut down for safety reasons, Jenkins says that's not stopping some visitors.

"Now we see people taking more risks and going places that are not a part of that guided trail system or roads."

And that's having a direct impact on the parks.

According to the National Park Service, some parks have been found with massive amounts of trash, and in some instances, people are off-roading in areas that would normally be restricted.

Jenkins says the shut down will give people insight about what to expect if this continues.

"I would hope the shutdown ends as early as possible. It doesn't seem like that is going to be happening so with that being said they offer us an insight -- if long term they are still impacted by budget deficit and differed maintenance backlogs."