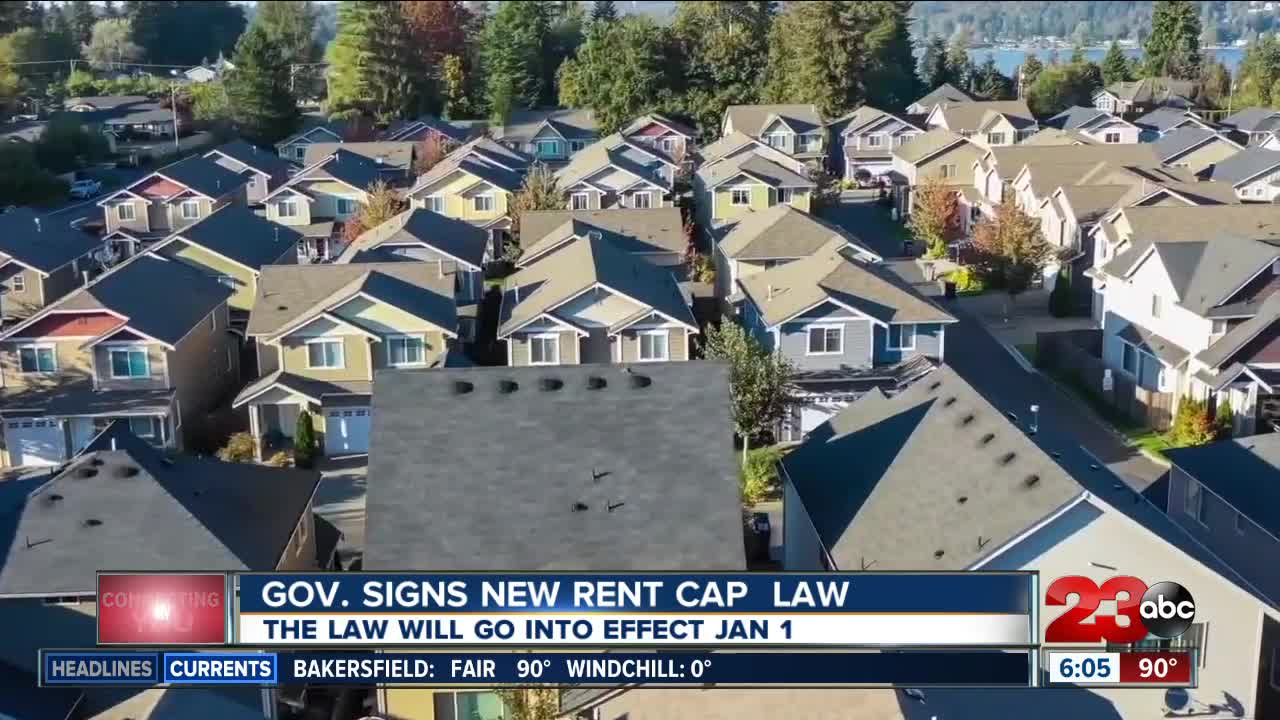 BAKERSFIELD,Calif. — A new law has been passed that will allow greater protections for tenants against landlords when it comes to rent-gouging and evictions.

Governor Newsom has just signed Assembly Bill 1482 into law that will limit rent increases annually to 5 percent including inflation.

Sheeza and her son William Gordon are landlords and they also serve as real estate agents for Watson Realty Era.

"If you were hoping to see your assets appreciate [ and] those multi-unit rental income properties appreciate over time than you should be concerned about this law too," said William Gordon.

Sheeza Gordon says when they heard of the passing of the new law on Tuesday it was shattering and she feels that landlords are forgotten.

"It is extremely unfair to the hardworking people who support this economy and who stabilize the economy," said Sheeza Gordon. "Investors are a big part of real estate and those are the people you don’t want to lose."

Governor Newsom signed the bill into law in Oakland on Tuesday, which will allow renters for the first time in California to receive protection.

The law will be good for 10 years and then it will have to be revisited for renewal.

"The cost of living is the supplemental poverty index and the cost of housing being that common denominator," said Governor Newsom. "It is the issue that defines more issues than any other issue in this state. You can’t have a homelessness conversation without having a housing conversation."

This new law also will not allow landlords to evict tenants without a just cause, who have lived there for a year unless they have outright broken rules listed in their documented leases.

"If we want to talk about preservation we don’t talk enough about that preserving existing housing against gentrification and conversion," Newsom said. "We have to address the issues of production in California we need to build more damn houses."

The body of the law also includes exemptions for “both the rent cap and the just cause evictions for housing built in the past 15 years and single-family residences unless owned by a real estate trust or a corporation."

Doing a simple remodel interior or exterior even just maintenance they may be disincentivized to do so because of the ability to recoup," said William Gordon. "Those one-time expenses that they are shelling money out, for now, is going to be limited by their inability to increase rent accordingly."