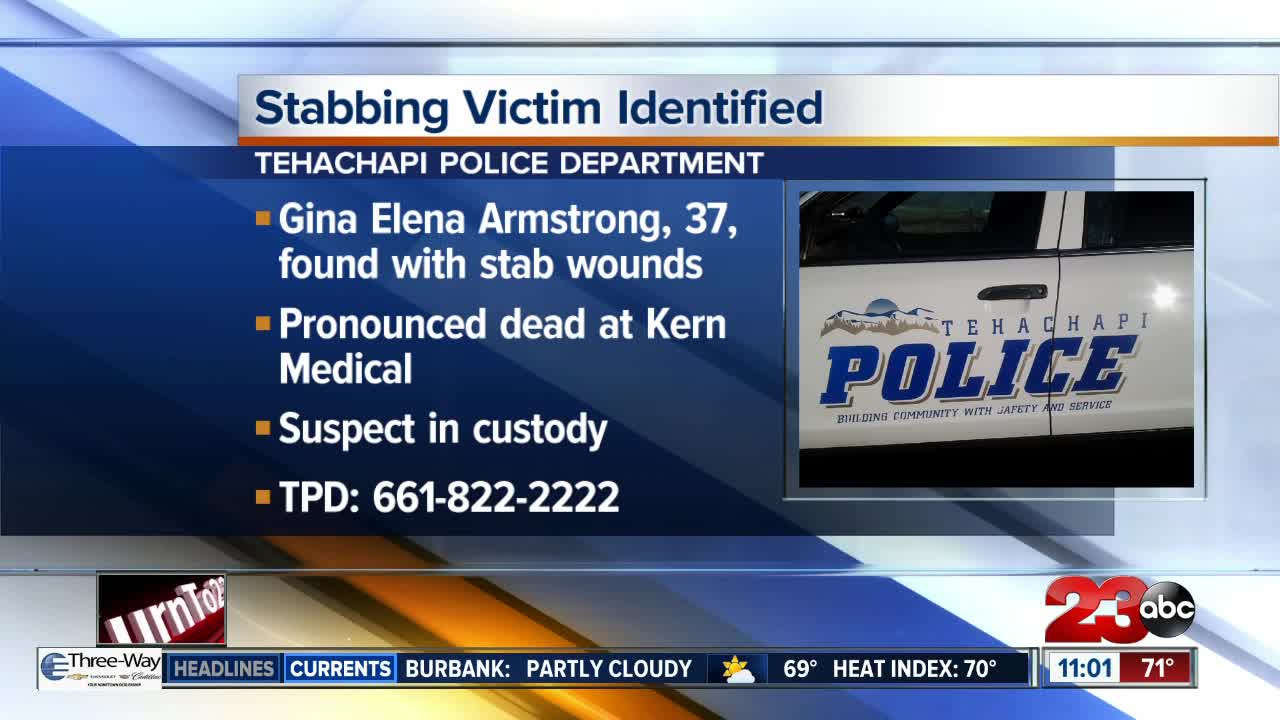 Gina Elena Armstrong, 37, was the victim of a stabbing in the 1400 block of South Green Street. Investigators believe the stabbing was a result of a family dispute.

TEHACHAPI, Calif. — A Tehachapi man told officials that he doesn't remember allegedly stabbing his sister to death because he blacked out due to being overly intoxicated.

Officials said they arrested 36-year-old Joey Armstrong on Monday after he reportedly stabbed his sister, 37-year-old Gina Elena Armstrong at their home in the area of 1400 South Green Street.

According to Tehachapi Police, when they arrived to the home around 11: 30 a.m., they found Gina Armstrong suffering from multiple stab wounds in her torso.

According to court documents obtained by 23ABC, family members told cops that the two siblings got into a verbal argument before Joey Armstrong went to his bedroom to grab a knife. Family members said a minute later they heard Gina Armstrong screaming from downstairs. When they went downstairs she was laying down bleeding in the garage and Joey Armstrong was standing nearby with a knife in his hand. Gina Armstrong was airlifted to Kern Medical where she later died.

"It's really tragic. There's really no other way to put it," explained Public Information Officer Key Budge of the Tehachapi Police Department. "Especially, when its family versus family, you know. Anytime someone dies its horrible. When we see an incident that takes place of violence, it's sad, our hearts go out to the families involved."

In an interview with investigators, Joey Armstrong allegedly said that he doesn't remember the incident because he blacked out from being overly intoxicated. Officials said the knife was recovered at the scene.

Joey Armstrong was arrested on suspicion of murder, damaging a communication device and destroying evidence. He's being held without bail and is scheduled to appear in court on Wednesday, September 18.