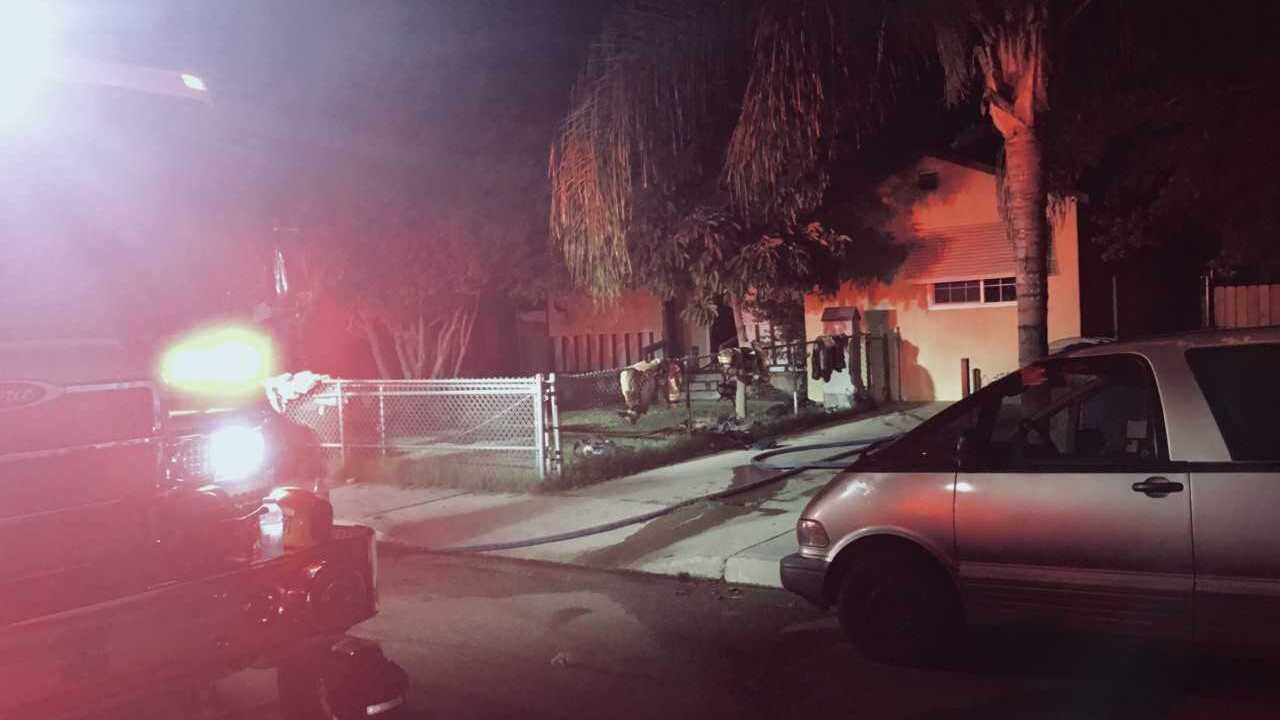 OILDALE, Calif. — Several pets are dead after a house fire in Oildale Monday night, according to Kern County Fire Department.

Fire crews say they were dispatched to the 1700 block of Esther Drive around 8:47 p.m. When they arrived on the scene they found heavy smoke and flames coming from the back corner of the house.

Officials say the fire was also threatening a nearby home. Once all residents in the home evacuated safely, KCFD was able to ensure that the neighbors were evacuated as well.

KCFD was able to put out the fire in a matter of minutes and rescue some trapped pets but, unfortunately, some of the other pets did not make it.

The cause of the fire is still under investigation.

A total of eight people have been displaced and American Red Cross was notified for assistance.

There were no injuries sustained to firefighters or civilians.