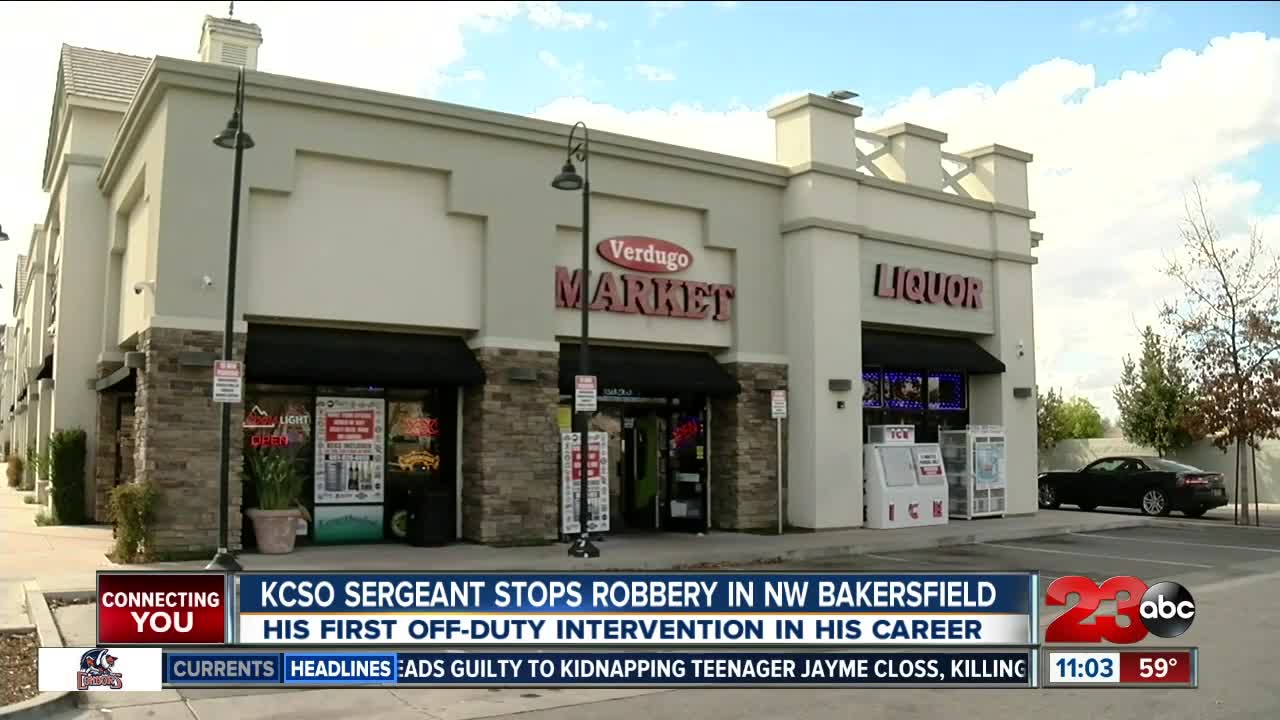 An off-duty KCSO Sergeant halted a robbery in Bakersfield on Tuesday according to a Facebook post by KCSO.

BAKERSFIELD, Calif. — An off-duty KCSO Sergeant halted a robbery in Bakersfield on Tuesday according to a Facebook post by KCSO.

According to deputies, on March 26 just before 7 p.m. Sergeant Dunbier was off-duty and driving on Verdugo Lane when he saw a store clerk fighting with 23-year-old Orlando Garcia who was trying to steal alcohol from the store.

Sgt. Dunbier assisted along with another citizen, and after a short foot chase was able to tackle the subject and hold him until officers arrived.

Bakersfield Police booked Gracia into jail on robbery and resisting an executive officer.