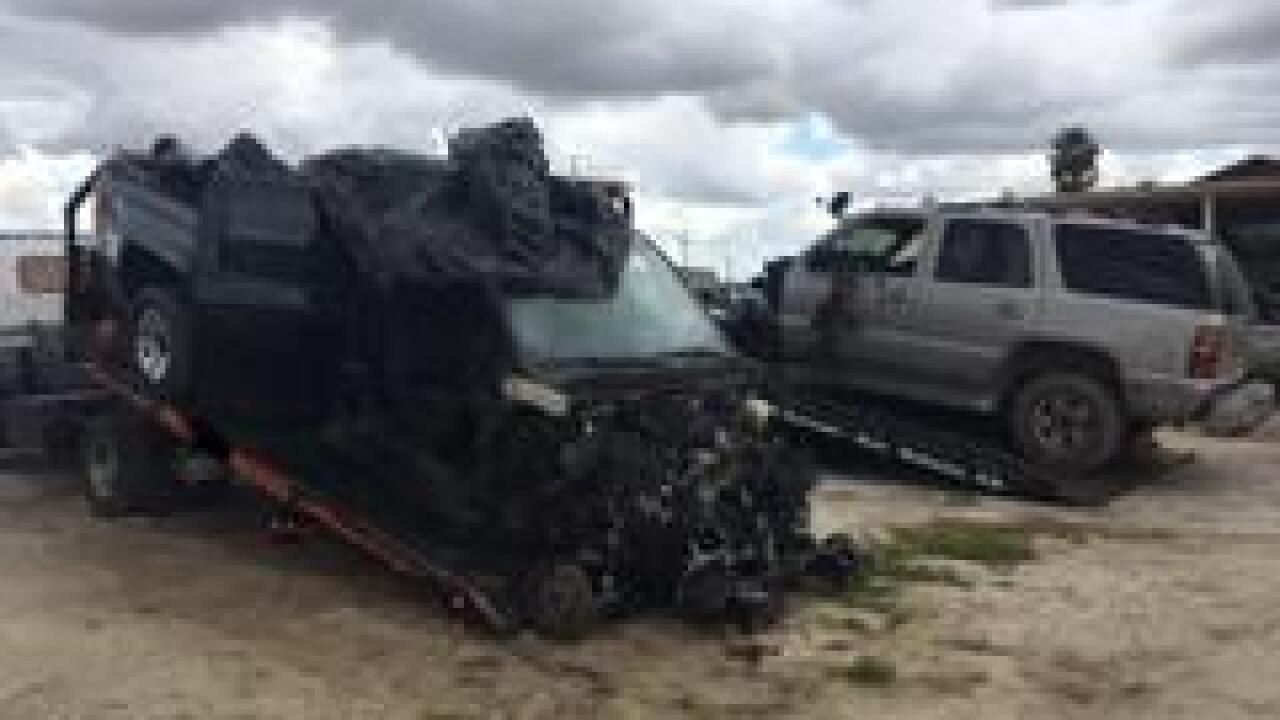 BAKERSFIELD, Calif. — According to the Kern County Sheriff's Office, deputies with the Delano Substation responded to the area of Mettler Avenue and Mathews Avenue to investigate a stolen vehicle in the area.

According to deputies, a total of three vehicles were located at the residence in the area of 10400 Brutton Street and had been stolen from the Bakersfield, Delano and Porterville areas.

The vehicles found were in the process of being dismantled. No arrests have been made at this time and the investigation is still ongoing.