Kern County Board of Supervisors to vote on $2.6 billion dollar budget

Officials said they made less money via taxes 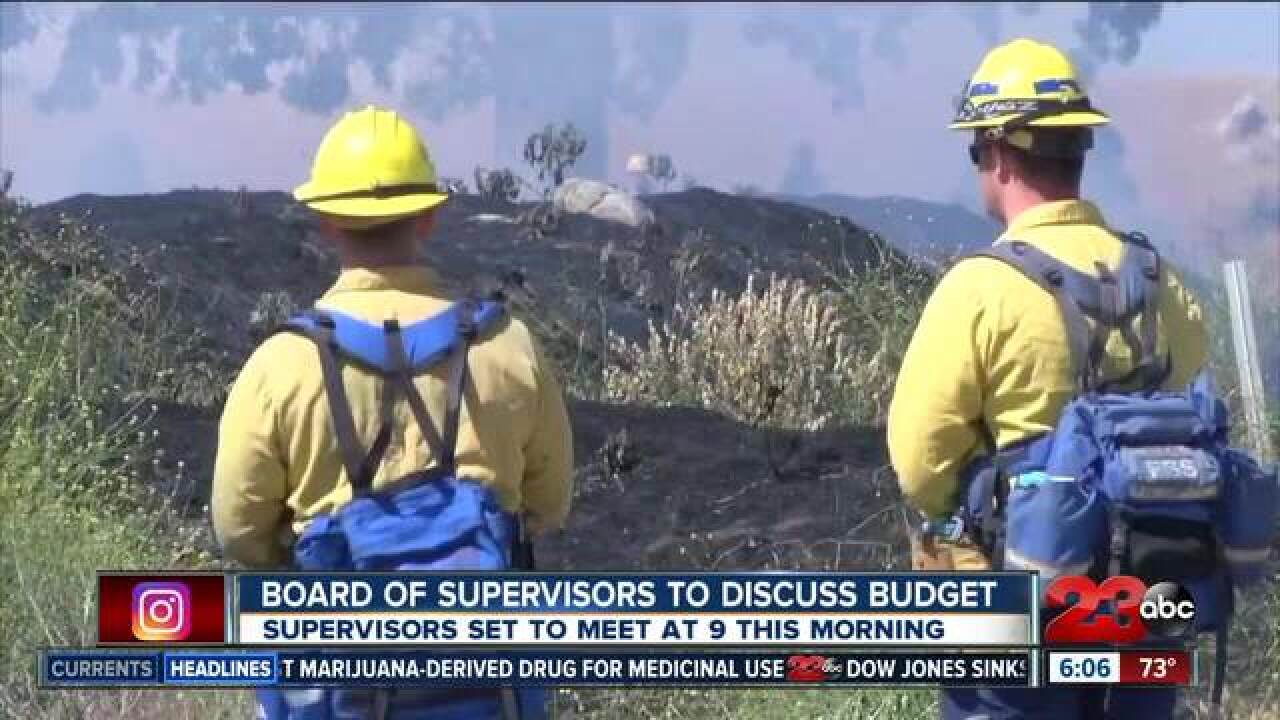 $2.6 billion dollars is what's needed to keep Kern County running for the 2018-19 fiscal year. That's the Kern County Board of Supervisors preliminary budget they will talk about Tuesday.

In the proposed budget county officials point out the county didn't make as much money from taxes last year and they site a drop in oil and gas property taxes as a major reason for the loss of money coming into the county. Officials also said they're also seeing an increase in cost with the new justice facility open and higher pension costs to retired county employees.

According to the proposed budget one area that is seeing major budget cuts is the Kern County Fire Department. Their budget is expected to drop more than $12 million dollars this upcoming year compared to last year. And almost all of that money is coming from their salaries and benefits.

County officials have asked Kern County Fire Fighters to see where they can cut costs by reducing overtime and being more creative with stretching their budget. County officials said the Fire Fund has a deficit of almost $18 million dollars from last year. And with this year's budget cuts it would move the deficit down to about $7.5 million dollars.

The Board of Supervisors first meet this morning in their chambers on Truxtun Avenue at 9 a.m. Their second meeting is at 2 p.m.