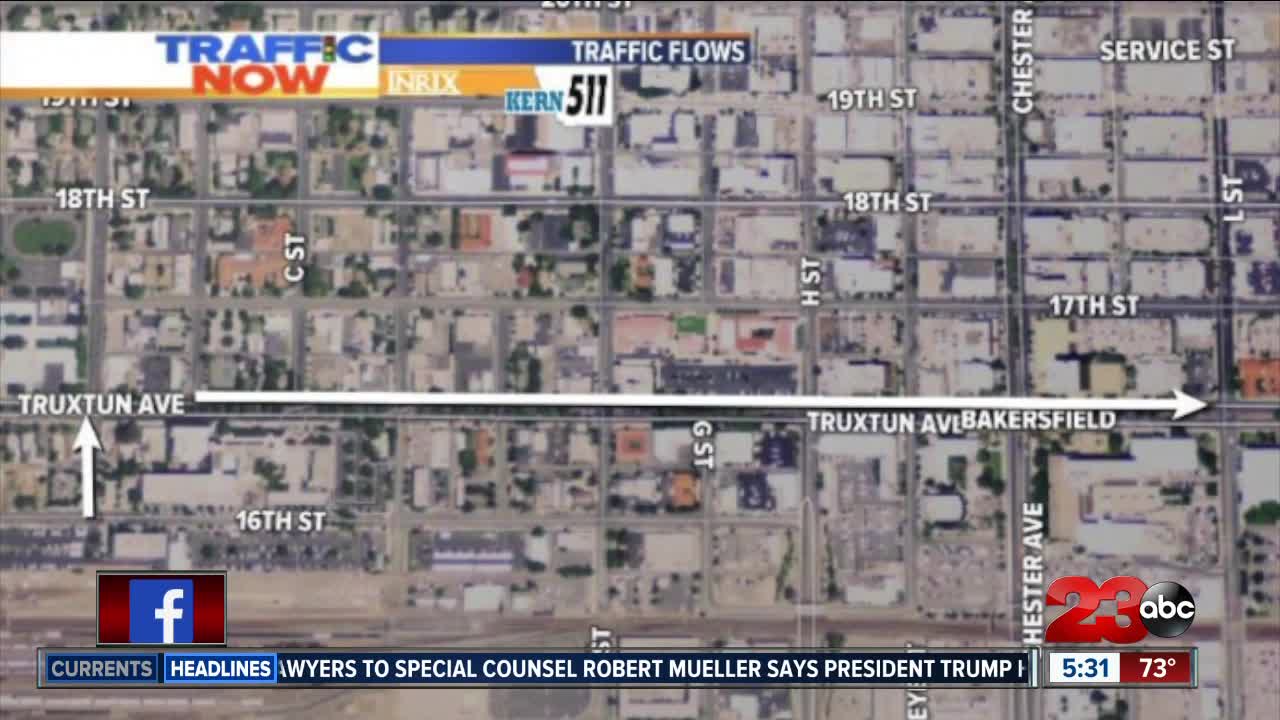 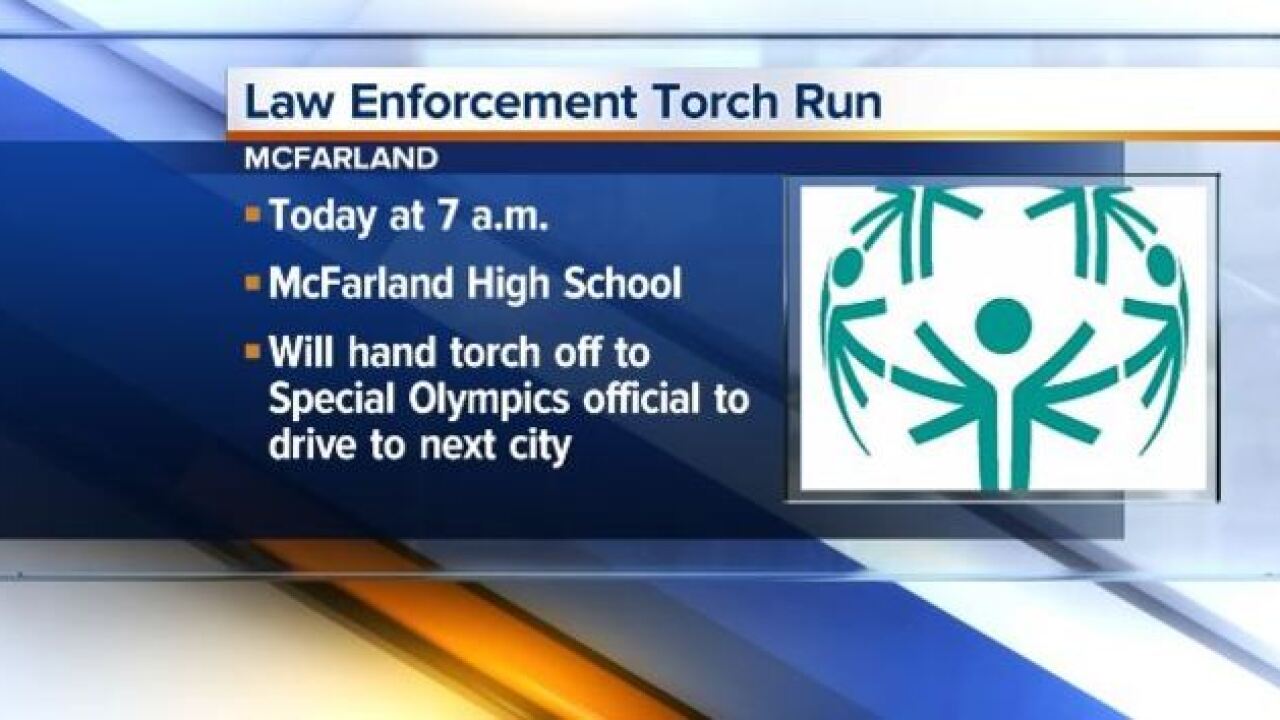 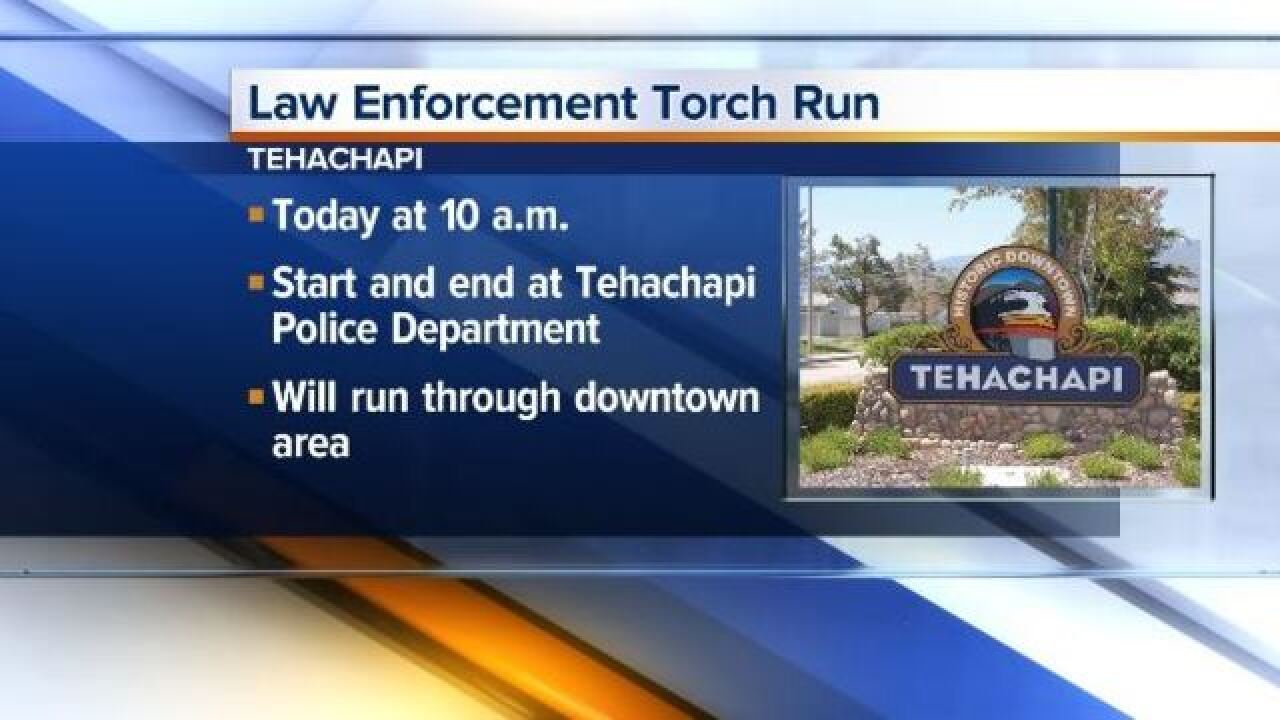 The McFarland Police Department will receive the torch at McFarland High School just after 7 a.m. before running though the downtown area alongside Special Olympic athletes. The torch is then driven to the next city by a Olympics official.

Bakersfield Police will begin their leg of the run near 16th and A Streets around 8:30 a.m. They will then go northbound on A Street before turning East on Truxtun. Their run wraps up at the Liberty Bell at 1415 Truxtun Avenue. BPD says drivers can expect a brief delay between 8:30 a.m. and 9 a.m. going Eastbound on Truxtun.

BPD will hand the torch off to the Tehachapi Police Department at their headquarters at 220 West C Street close to 10 a.m. They will then make a short run around downtown Tehachapi before returning to the police station. It is their first year participating in the event.

California City is also set to run the torch before it heads to Ventura County and the Special Olympic games this weekend.

Law enforcement say this is a great event that allows the police department and the community to come together and show support for Special Olympic athletes.