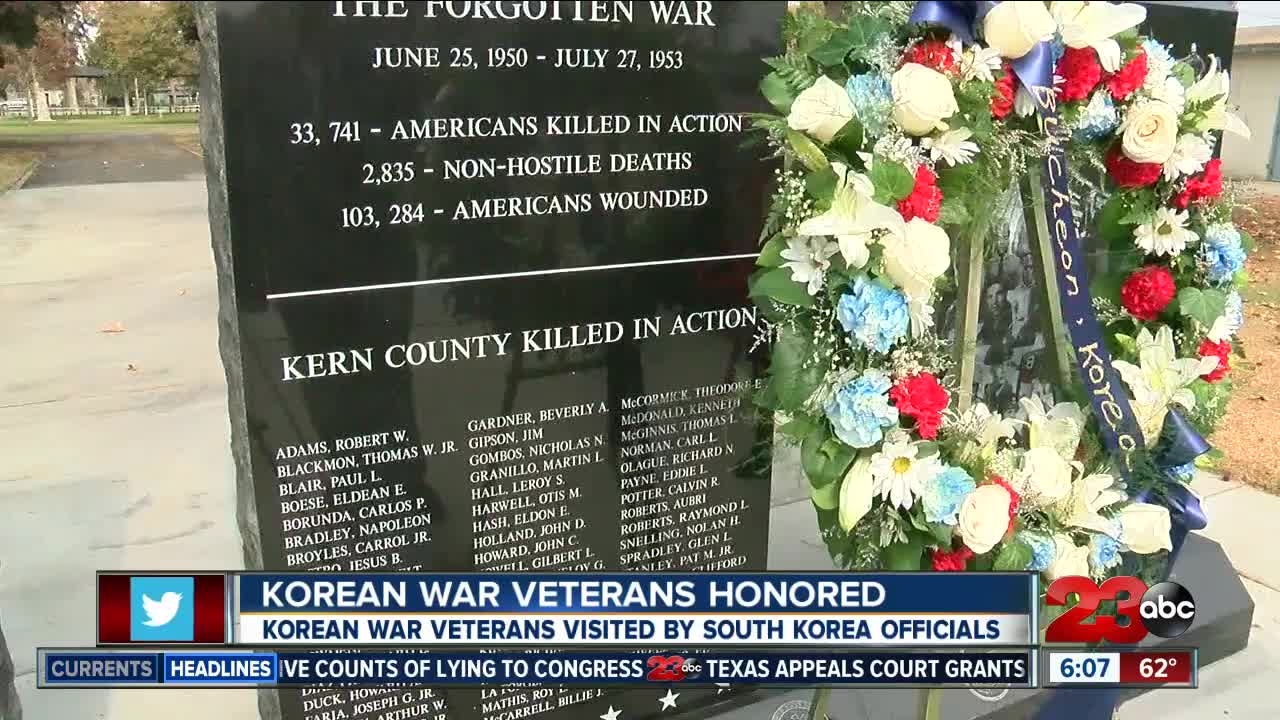 BAKERSFIELD,Calif. — Korean War veterans were honored on Friday at the Korean War memorial for their service and sacrifice.

During the service, a wreath-laying ceremony took place for their fallen brothers and sisters of the war.

"The key is that we remember to pay homage and tribute to these veterans who have given their life to our country and recognize them for their patriotism and their deeds," said Michael Sabol, president of the Korean War Veterans Association. "They gave up their lives so we can have freedom and freedom isn’t free."

In attendance were dignitaries from Bucheon, South Korea which is known as Bakersfield’s Sister City for their continued relationship through this annual celebration.

Sabol shares that in Bucheon there is a replica of the Korean War Memorial that shares the names of the fallen soldiers. These memorials will forever connect the two communities.

"It’s nice that we have a memorial honoring those who didn’t come back from the war and I salute them," said Robert Otto, South Korean War Veteran.

98-year old Otto says that it was an honor to serve his country, to see his face on the memorial and attend the ceremony.

Throughout the service, several Bucheon and Kern County officials shared how crucial it is to remember the forgotten war.

"This grabs you right by the heart to have people come from the country where you were fighting," Otto said.

Otto and Sabol share that the Korean War did not receive much attention despite having over 30,000 Americans killed in action with some right here from the community.

Sabol says they want to remind the community that if it were not for the veterans of today we all would not be free or have the liberties that we do.