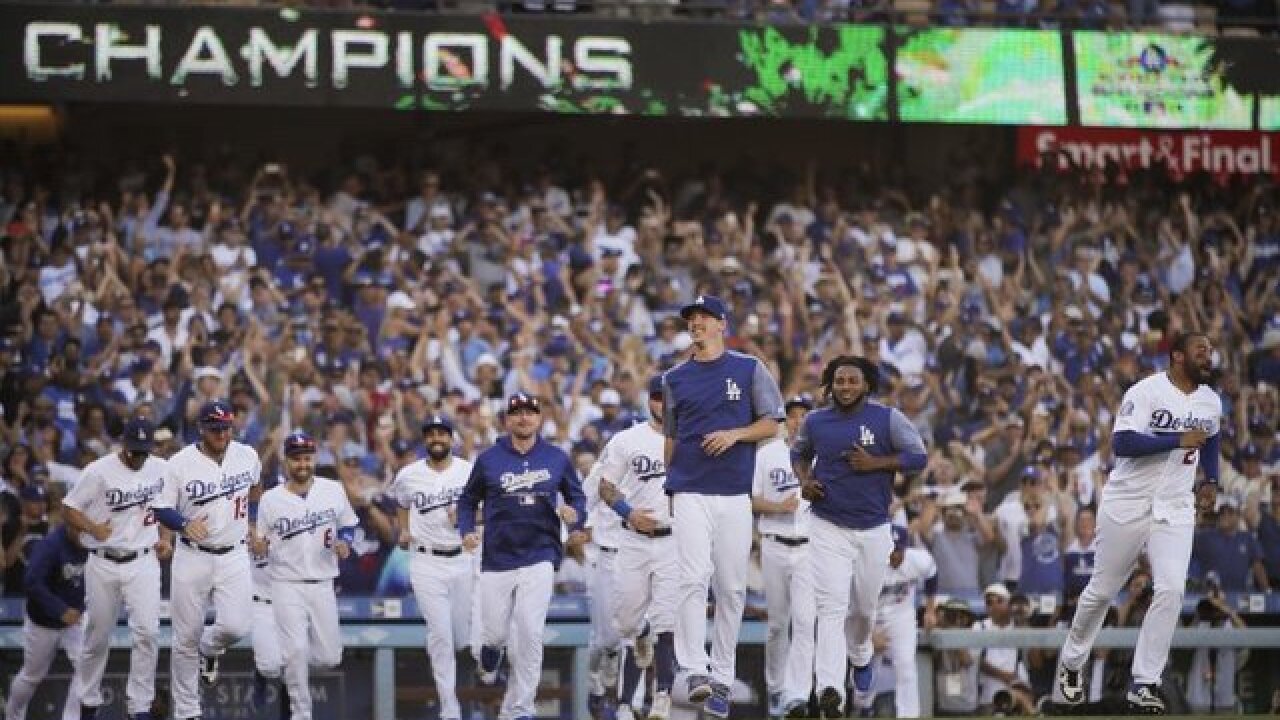 ATLANTA (AP) -- Manny Machado hit a three-run homer, David Freese came through again in the postseason and the Los Angeles Dodgers advanced to the NL Championship Series for the third year in a row, eliminating the Atlanta Braves with a 6-2 victory on Monday.

The Dodgers won the best-of-five Division Series 3-1 and will face the Milwaukee Brewers.

Coming off a tense victory in Game 3, the Baby Braves grabbed the lead on pinch-hitter Kurt Suzuki's two-run single in the fourth.

Freese, the 2011 World Series MVP with St. Louis, countered with pinch-hit single of his own in the sixth off Jonny Venters (0-1), driving home Cody Bellinger and Yasiel Puig for a 3-2 lead.

Machado finished off Atlanta in the seventh, launching a 1-2 pitch from rookie Chad Sobotka over the Dodgers' bullpen -- his team's eighth homer of the series. The slugging shortstop, acquired from Baltimore in July, also had a run-scoring double in the first.

Ryan Madson (1-0) earned the win by getting the final two outs in the fifth to escape a bases-loaded jam.