Leaders around the country react to Mueller report 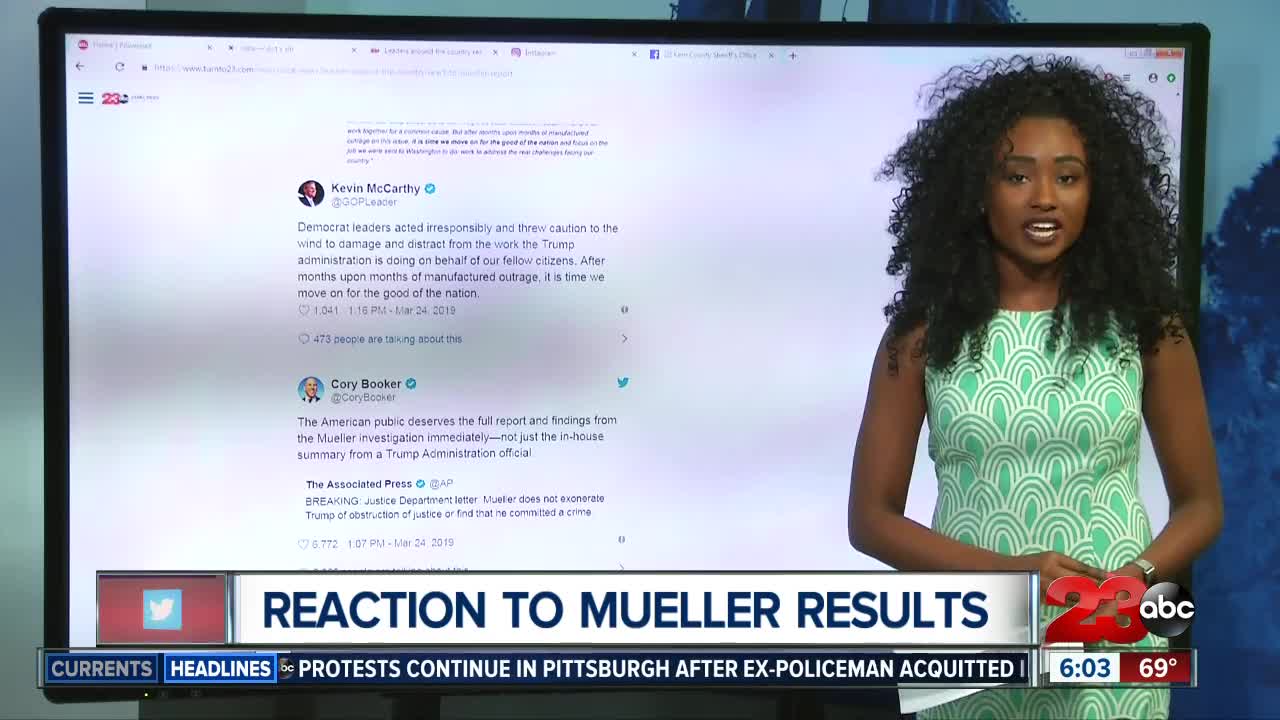 Political leaders react to results of the Mueller report.

BAKERSFIELD, Calif. — Leaders across the country and in Kern County are speaking out amid Attorney General William Barr's letter summarizing Robert Mueller's investigation into the president.

Mueller did not find Trump's campaign or associates conspired with Russia, Barr said Sunday. And while Mueller did not have sufficient evidence to prosecute obstruction of justice, Barr wrote, he also did not exonerate the President.

AG Barr’s letter raises as many questions as it answers. The fact that Mueller’s report does not exonerate the president on a charge as serious as obstruction of justice demonstrates how urgent it is that the full report & documentation be made public without any further delay.

The Mueller report needs to be made public, the underlying investigative materials should be handed over to Congress, and Barr must testify. That is what transparency looks like. A short letter from Trump's hand-picked Attorney General is not sufficient.

Democrat leaders acted irresponsibly and threw caution to the wind to damage and distract from the work the Trump administration is doing on behalf of our fellow citizens. After months upon months of manufactured outrage, it is time we move on for the good of the nation.

The American public deserves the full report and findings from the Mueller investigation immediately—not just the in-house summary from a Trump Administration official. https://t.co/8Lj0O881Cw

I don’t want a summary of the Mueller report. I want the whole damn report. https://t.co/VU1oNfBMK0

The Mueller report has been released to Attorney General Barr. We've been waiting for two years! Barr has the discretion about what he releases to the public. Let's tweet, tweet, tweet and demand that the entire report be released! We deserve nothing less!