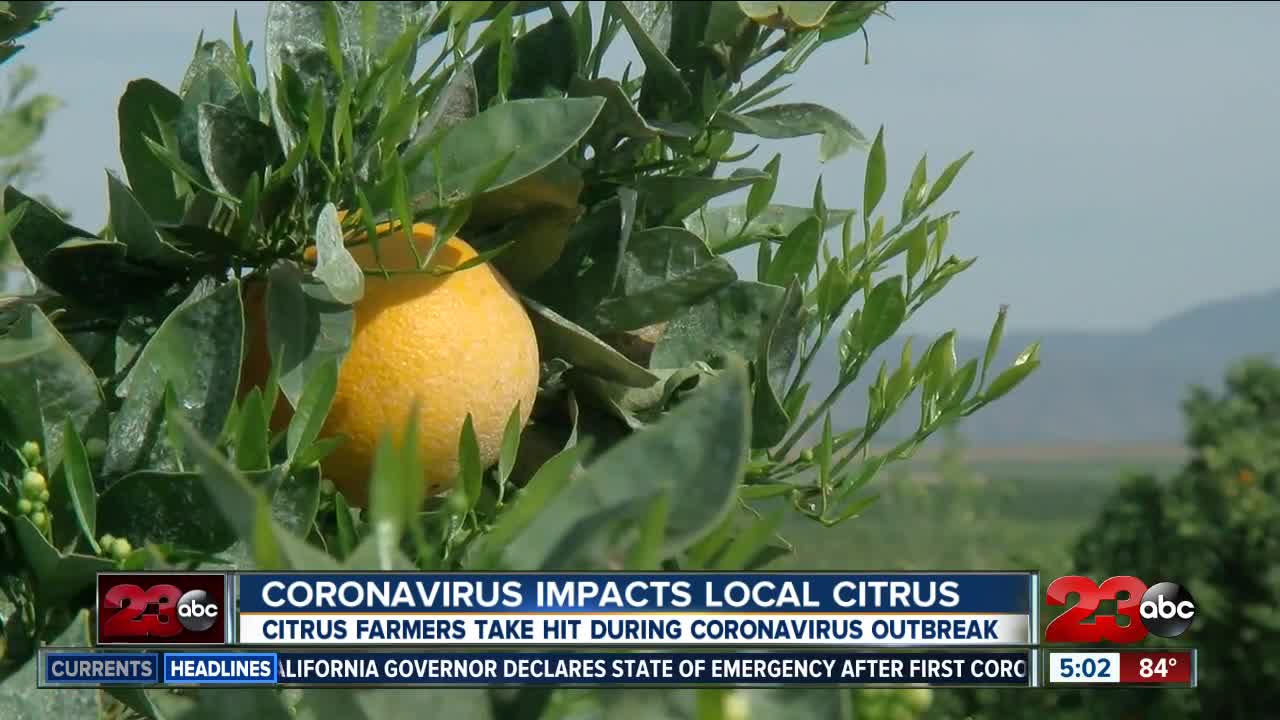 BAKERSFIELD, Calif. — Local Kern County citrus farmers are claiming that the coronavirus is now impacting their sales and labor cost.

"Yea so we had to start reducing workers hours from five and six days a week to three and four days a week, sometimes five in a good week so shorter hours per day, so about 25% less," Johnston Farms Partner, Derek Vaughn said.

Vaughn said since all of the ports in China had been closed for several weeks his exports have been getting re-routed to Korea.

"So they are keeping them on the boats and in the water so they have had to divert a lot of them to Korea which in turn the some of us that were shipping to Korea, that's gone away as well for now and it's flooding the domestic market and it's just driving prices lower and lower,"

Like many farmers, Vaughn grows around half of his own mandarine and orange crop. However, he still depends on other growers in the market for the remaining portion of his supply. Now that the coronavirus is driving prices down and labor up he said some growers may not see the same return on their crop per acre.

"It could get too soft or too rotten to where they won't be able to pick it in time. You know everyone wants to get to all of their growers in time but sometimes in a market like this it may not happen."

In the meantime Vaughn is hopeful the citrus market will pick back up so that he can return hours to his workers and sell his citrus for profit, "If it doesn't open back up I think you are just going to see a flooded market and prices going lower and lower."

Vaughn deals with seasonal changes often so he is keeping a positive attitude, but he hopes that health officials can ease coronavirus concerns soon so that people can return back to their normal shopping habits.

"You just have to be optimistic because everything just goes in cycles."

We also reached out to the Kern County Farm Bureau to see if any other crops here locally are seeing a similar impact from the coronavirus and they did not get back to us. However, Vaughn told 23ABC that tomato and lettuce farmers have also expressed that they are seeing a slow down as well.