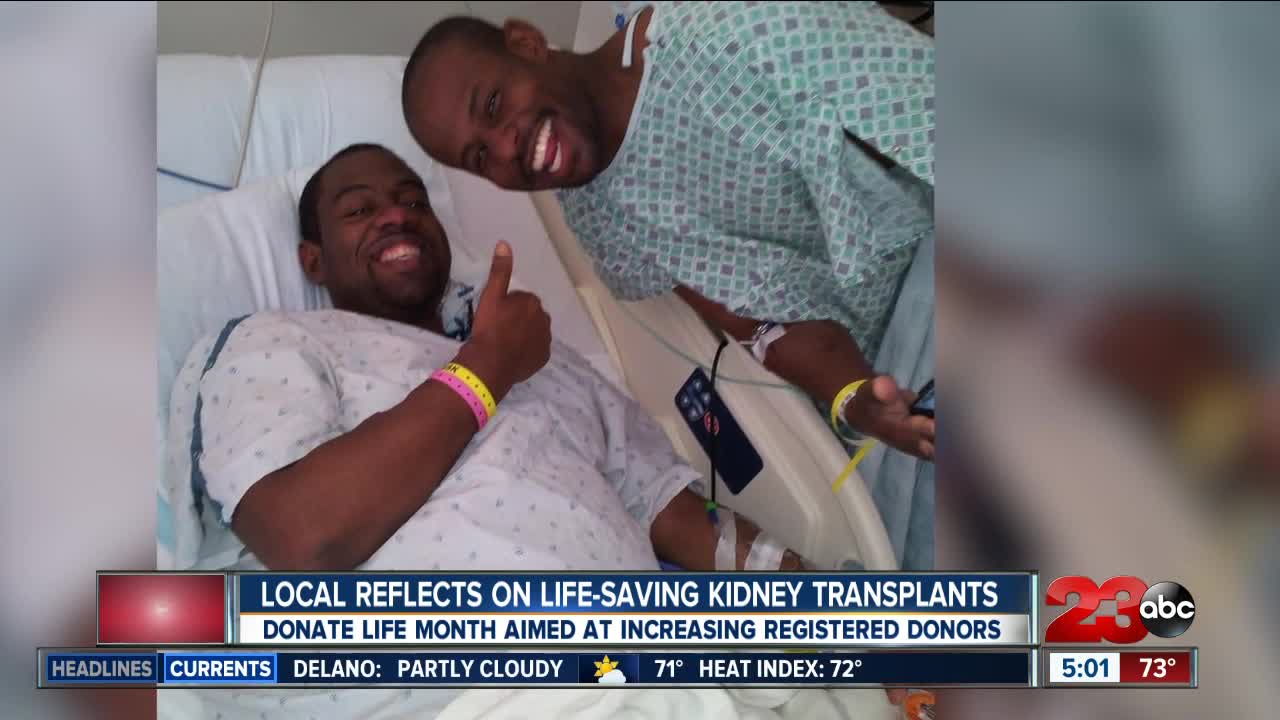 Jelani Polk had his eyes set on college athletic scholarships at age 17, so finding out he had kidney failure brought that to a halt. He gave up his scholarships, working to get healthy through the next few years, but his kidney failure worsened. By the time he was 22, the doctor said he would need a kidney transplant to survive.

"You've gotta start dialysis and you need a transplant. That's the only thing that's going to keep you alive," Polk recalls the doctor telling him.

For the next five and a half years, dialysis kept him alive. He had to go multiple days a week for multiple hours at a time. Polk said he became tired of the little life he was living, so he decided to take a trip to Las Vegas and stop his treatments, ultimately ending his life.

The week before he was set to leave, he got a call. He was a finalist for a deceased donor's kidney.

"They said you are the best possible match, let's take you upstairs. When I woke up the next morning I was heavily sedated but no more dialysis," said Polk.

He then embraced his life for the next couple of years, falling in love, deciding to adopt a child and enjoying life. However, four years later, his new kidney failed. He was put back on the wait list and told he need another new kidney to survive.

That's where his cousin Ronnie Carter Jr. comes in. Carter had been by Polk's side during the first transplant, supporting him through the process. When Carter found out his best friend needed another transplant, he instantly started the process to find out if he was a match. Polk says he was told there is a 97% chance he would not be a match, but Carter defied the odds, fitting into the 3% chance that could donate. So Carter gave Polk his kidney.

"You can't put into words that kind of sacrifice," said Polk.

Polk doesn't know how long this kidney will last, but he's grateful for every moment he's given. He is now happily married with five beautiful children.

"Ten years, two years, next week, I have too many things to do so I can't look at how much time. My job is to simply do as much as I can while I'm still here," said Polk.