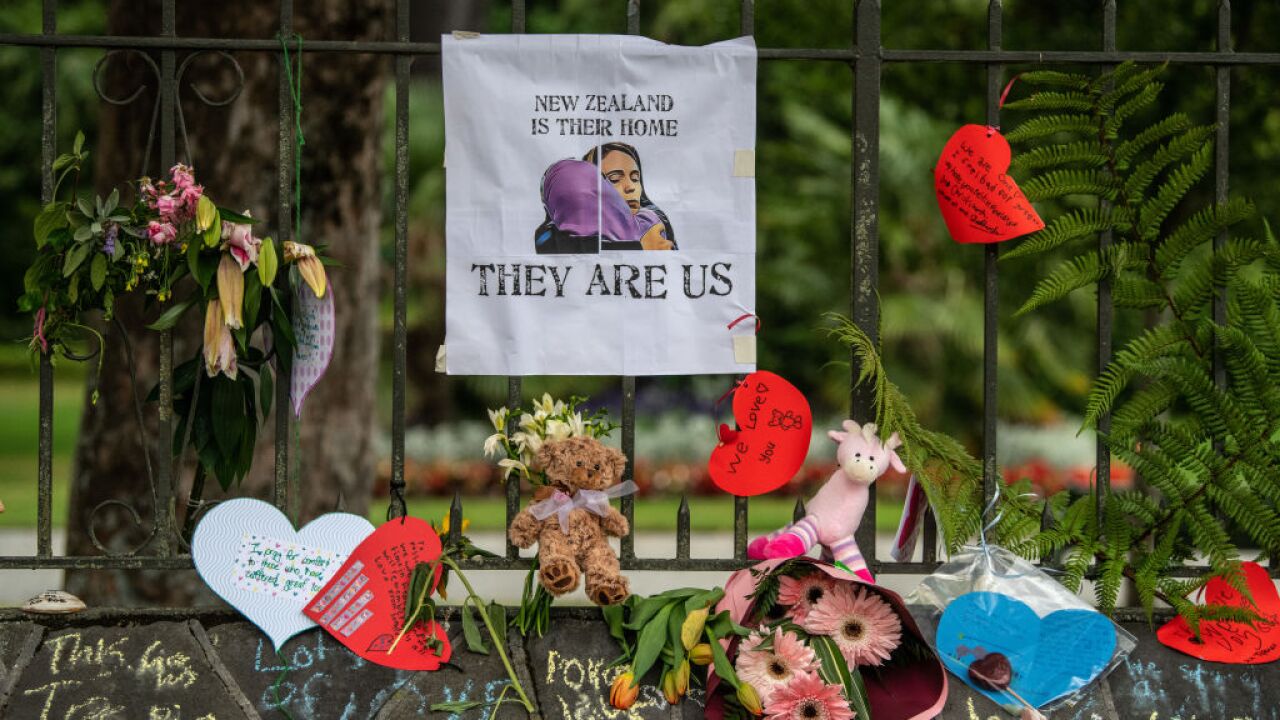 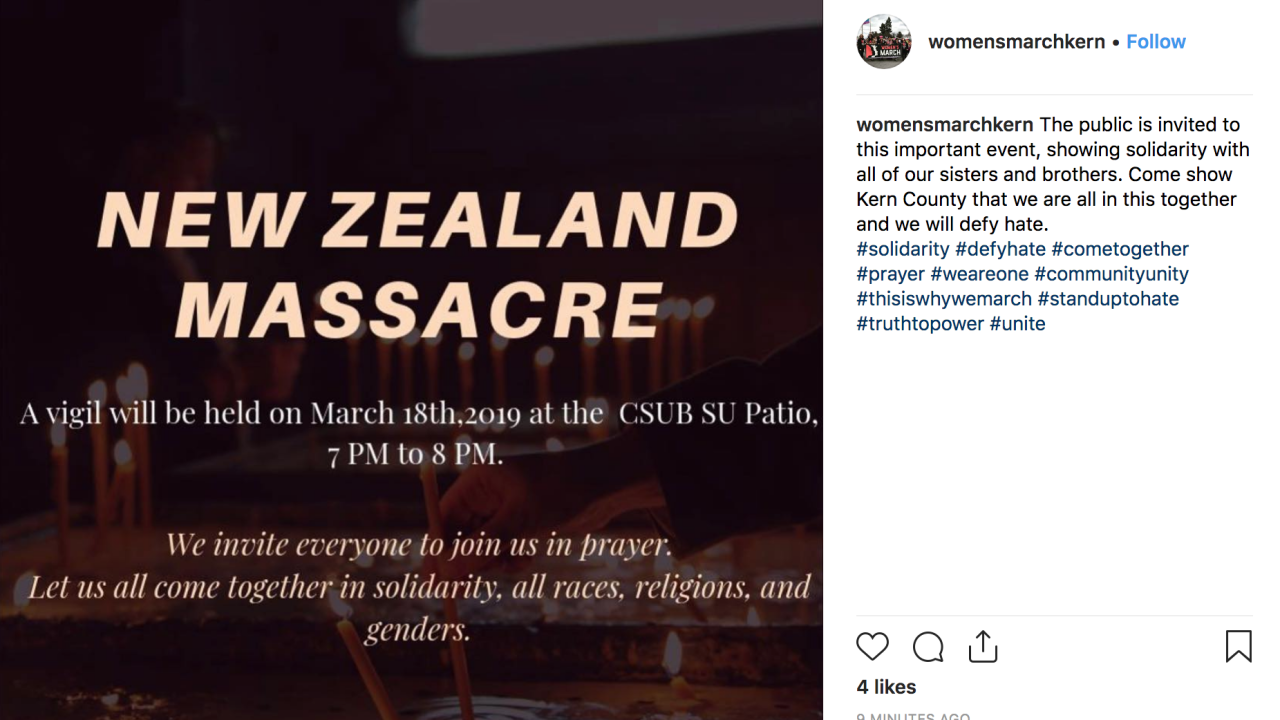 BAKERSFIELD, Calif. — A vigil will be held at Cal State Bakersfield on Monday to remember the lives lost in the New Zealand Massacre.

The vigil will take place at the CSUB SU Patio from 7-8 p.m.

In an Instagram post by Women's March Kern County, they say, "Let us all come together in solidarity, all races, religions, and genders."

The vigil is open to the public.

On Friday, a 28-year-old man live streamed an attack via a helmet camera as he fired into the Al Noor Mosque in Christchurch, New Zealand.