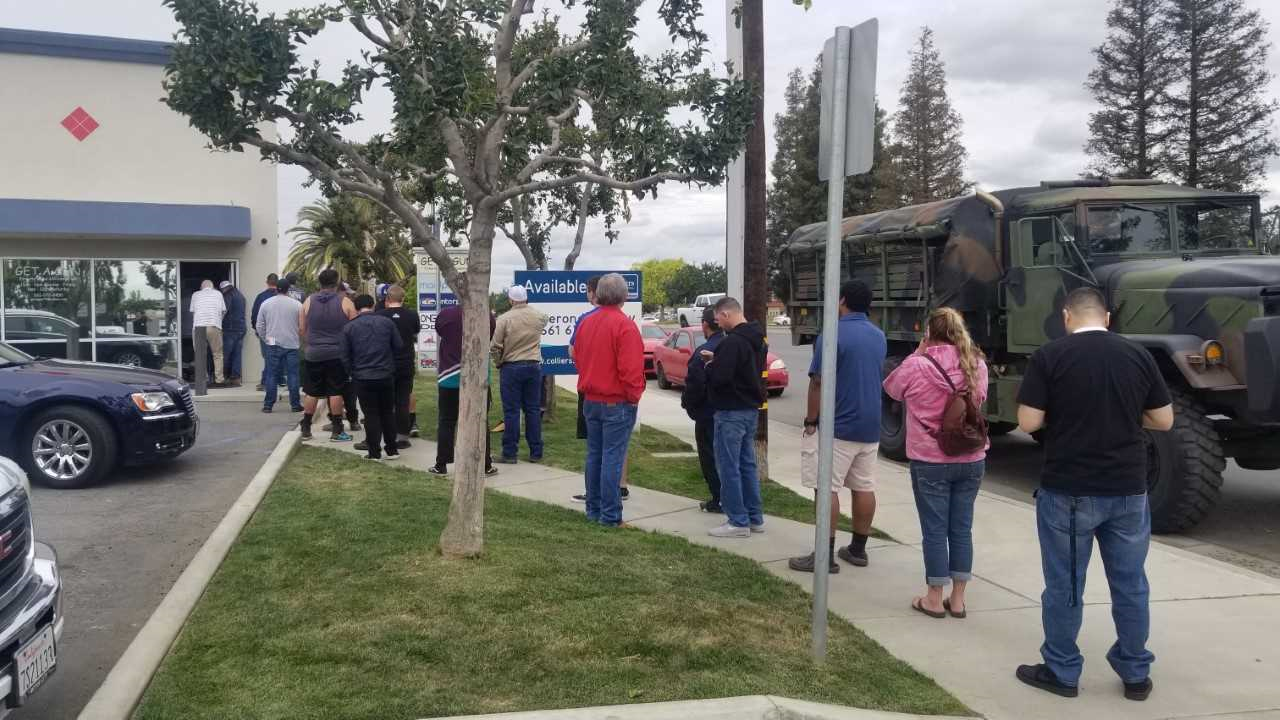 BAKERSFIELD, Calif. — 23ABC News spotted a long line of customers outside of Get A Gun in Northwest Bakersfield on Friday. Customers say they were there to purchase magazines that could hold more than 10 rounds before a new appeal went into effect Friday night banning the high-capacity magazines once again.

Last week a U.S. District Court declared Proposition 63 unconstitutional. The voter-approved measure banned the possession of magazines holding more than ten bullets. The law calls the magazines "large-capacity," but they are often the standard size for those guns.

The ruling prompted a massive shipment of magazines to California, however a new appeal has been filed by the California's Attorney General. That appeal put a temporary ban on the "high-capacity" magazines until a higher court can rule on the future of banning mags with more than 10 rounds. According to the State AG's office that ban took effect at 5:00 p.m. April 5th.

Get A Gun said they would be selling what they had in stock until they closed or earlier if they sold out.
According to a Facebook posted earlier in the day, Get a Gun store hours are from 11 a.m. to 6 p.m.