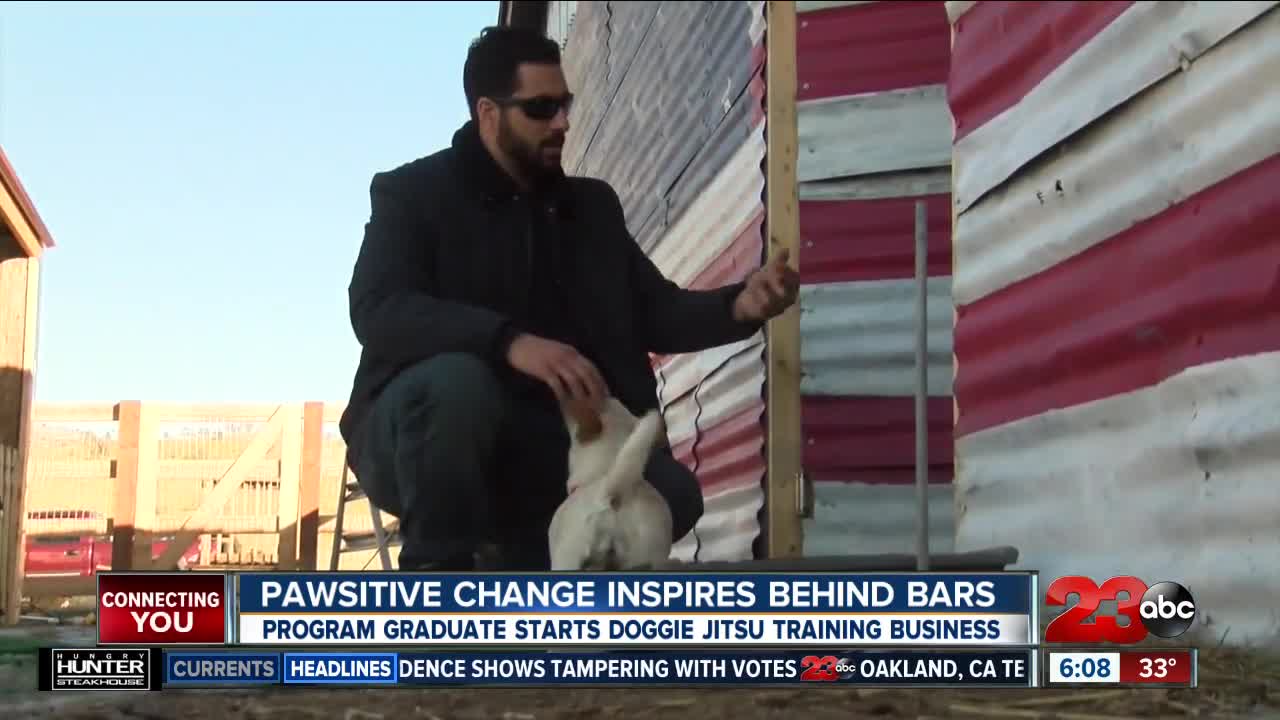 TEHACHAPI, Calif. — For years, Pawsitive Change has been making a difference in the lives of inmates in California prisons.

Daniel Robinson says in the 11 years he spent behind bars, this program is what had a life-changing impact for him.

“At one point it clicked…and I just really started to understand how to communicate and how to read body language and energy on a deeper level," said Robinson. "That is when it set in that 'hey this is something that I could really parlay into a potential future.'”

He says not only did it inspire him to get on the right track after he was released, but set out to start his own business.

“The self-esteem to actually get out there and try. To see things through is something that you may not get from substance abuse programs,” said Robinson.

"The idea of the name is to take the path of least resistance. It’s a softer approach," said Robinson. "A more mindful relationship based approach than you might see from a typical reinforcement obedience school trainer.”

Robinson will be offer dog training services in the Los Angeles area but he says he's happy to travel to Kern County as well.