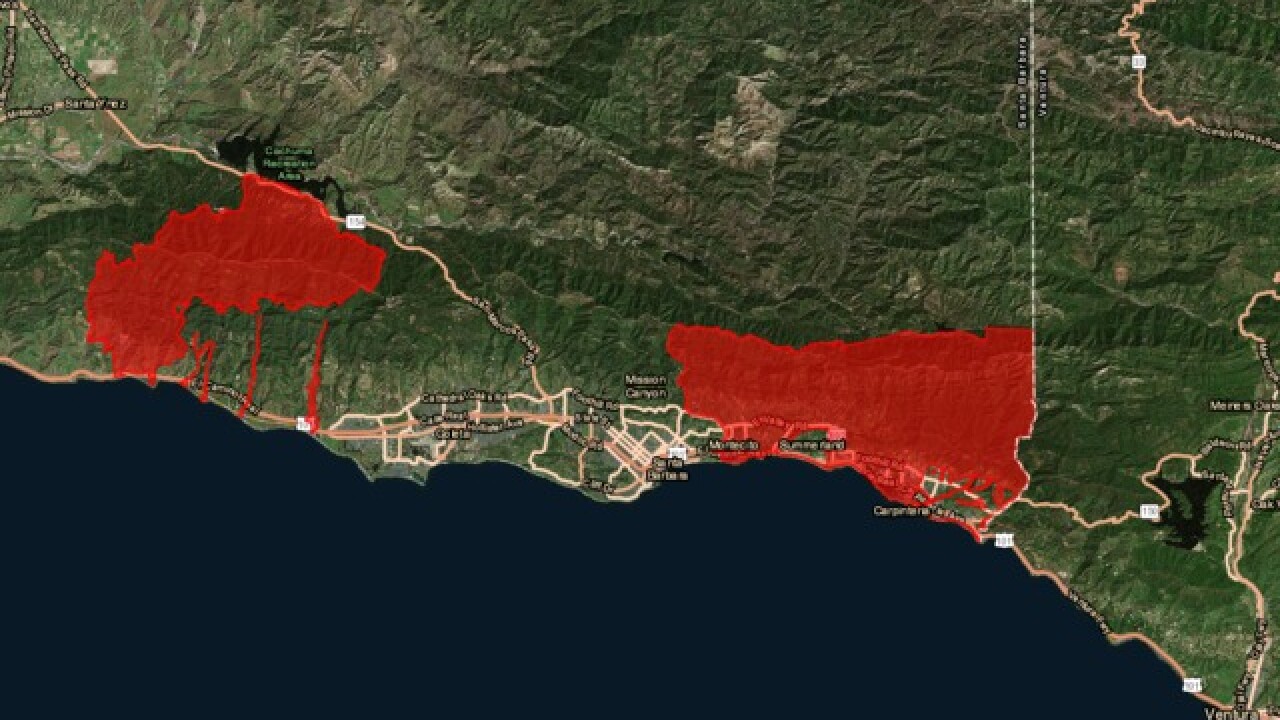 UPDATE (10:36 a.m.): All evacuation orders have been lifted in Santa Barbara County after the storm left a 'minimal impact,' according to officials.

(UPDATE 6:30 a.m.) : California Highway Patrol reported Friday morning that Highway 101 remains open in both directions despite mudslide and flooding concerns. According to the Santa Barbara CHP Twitter, officers are continuing to monitor conditions and will put closures in place should they be needed.

Highway 33 was closed early Friday morning north of Ojai due to debris flow and flooding. There is no timeline as to when it will reopen.

Officials are warning people who stayed in their homes to get to a second story or other highest location in their homes. The Flash Flood Warning remains in effect until 6:45 a.m. Friday.

"If you live below these burn areas throughout the south coast, you should start leaving now," he said.

Mandatory evacuation orders have been issued in Montecito, Carpinteria and west of Goleta. As of 12:30 a.m. Friday no road closures were in place, but California Highway Patrol in Santa Barbara say Highway 101 could be shut down around 2 a.m. in the impacted areas as a precaution.

The new storm is not expected to be as powerful as the one on Jan. 9, which led to mudslides that killed 21 people in Montecito. However, Thursday's system does meet the threshold for evacuations, Brown said.

A strong portion of the winter storm is expected to begin any time after 2 a.m. until 8 a.m. Friday.

In the Whittier and Thomas burn areas, a flash-flood warning is scheduled to remain in effect until 9 a.m. Friday, the National Weather Service said, adding that rainfall may exceed 1/2 inch per hour.

"Due to the size and breadth of the evacuation area, we will not be able to notify everyone in person," the sheriff's said, although deputies will be going door-to-door in neighborhoods of "extreme risk."