McCarthy will run for 'minority leadership' 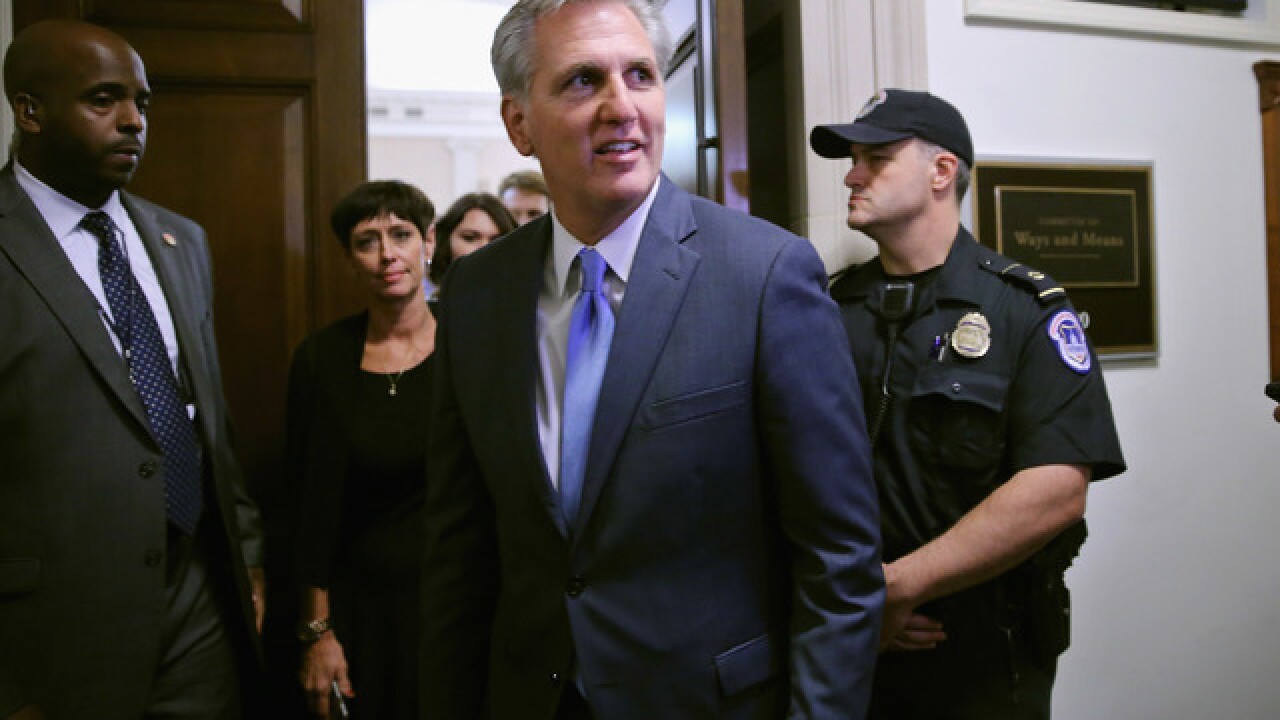 Copyright 2018 Scripps Media, Inc. All rights reserved. This material may not be published, broadcast, rewritten, or redistributed.
Chip Somodevilla
<p>WASHINGTON, DC - OCTOBER 08: House Majority Leader Kevin McCarthy and his wife Judy (2nd L) walk out of the caucus room after he announced that he will not be a candidate for Speaker of the House in the Longworth House Office Building on Capitol Hill October 8, 2015 in Washington, DC. Creating a sense of chaos among Republican members of the House, McCarthy was the front runner for Speaker until his surprise announcement. (Photo by Chip Somodevilla/Getty Images)</p>

23ABC has confirmed that Kevin McCarthy will run for 'minority leadership'.

According to Matt Sparks, Communications Director for McCarthy, "McCarthy will run for minority leadership."