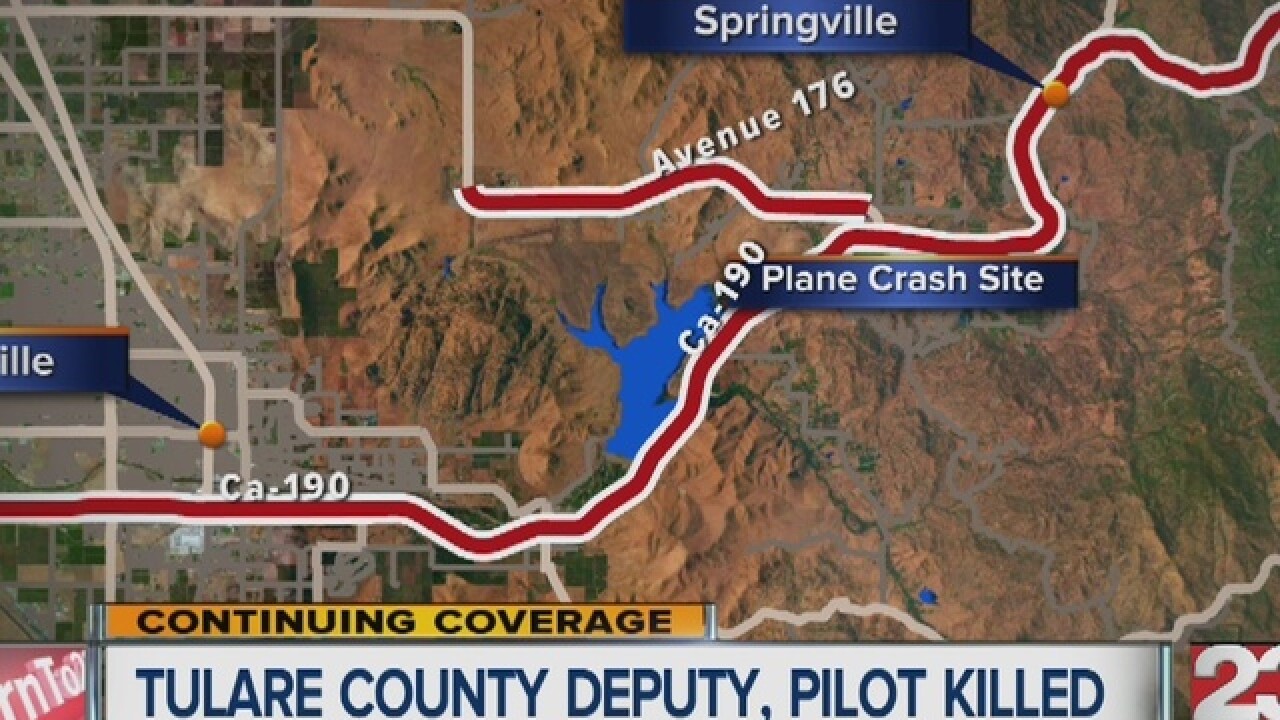 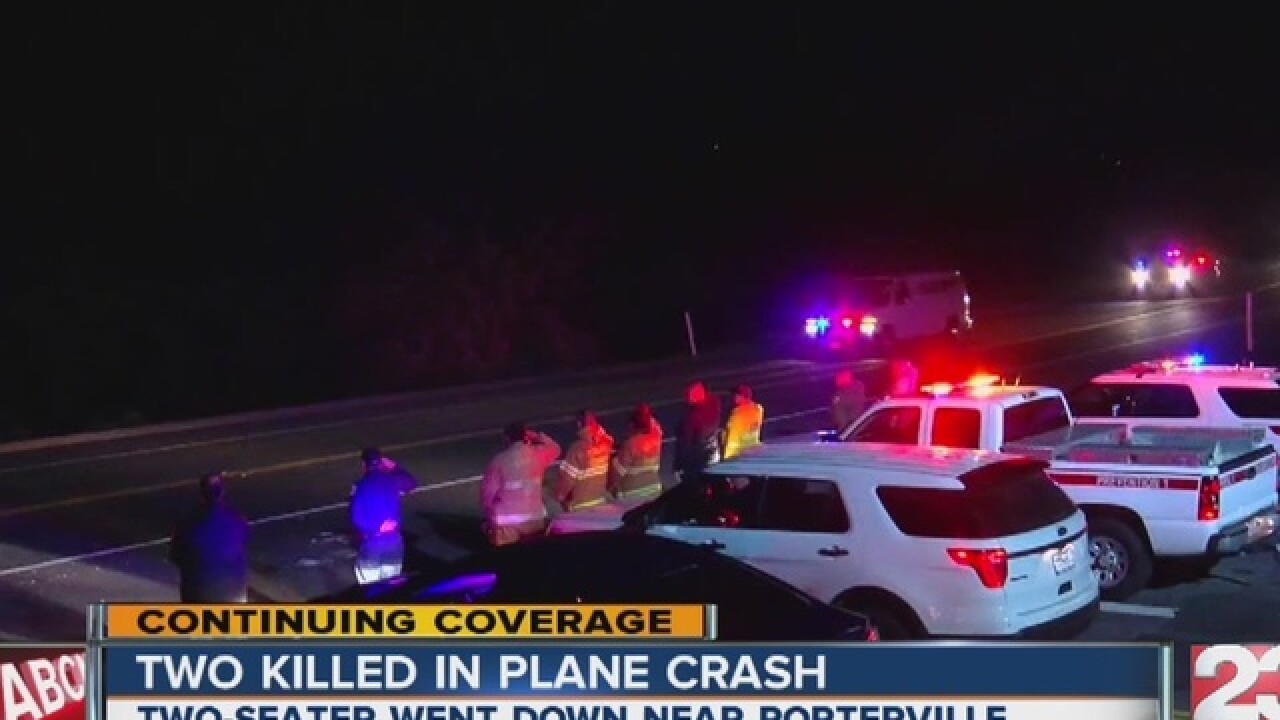 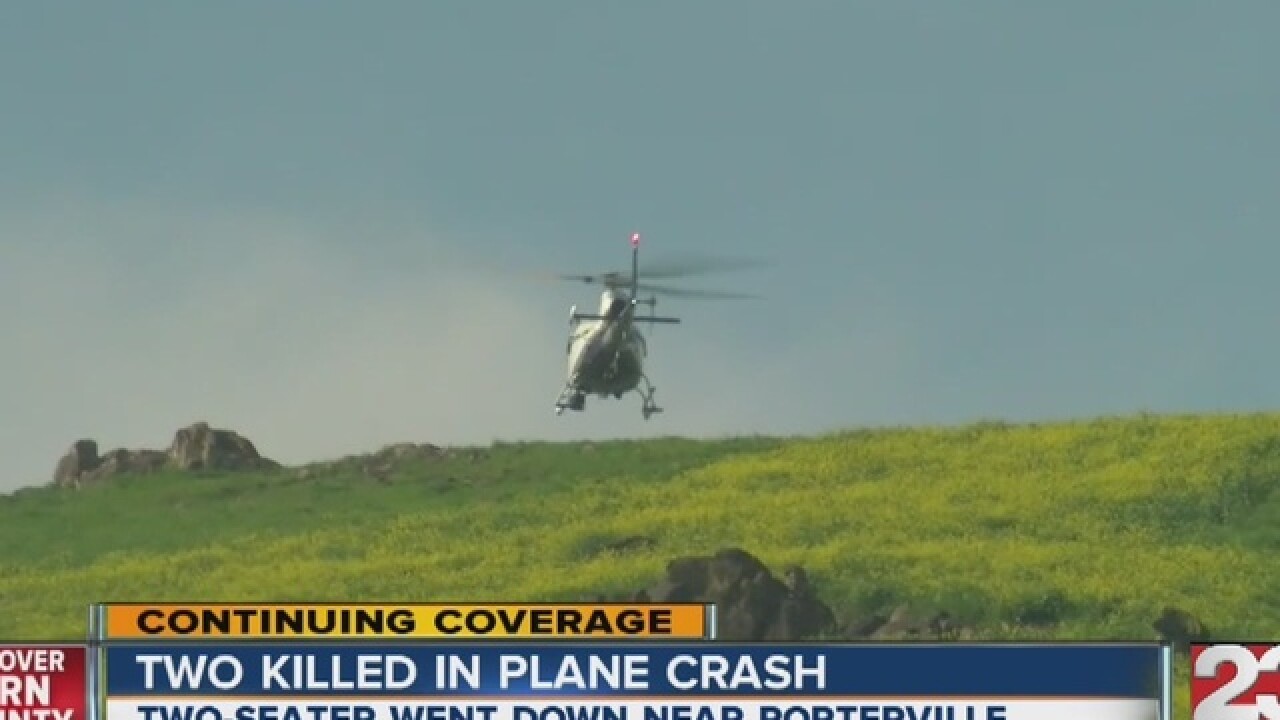 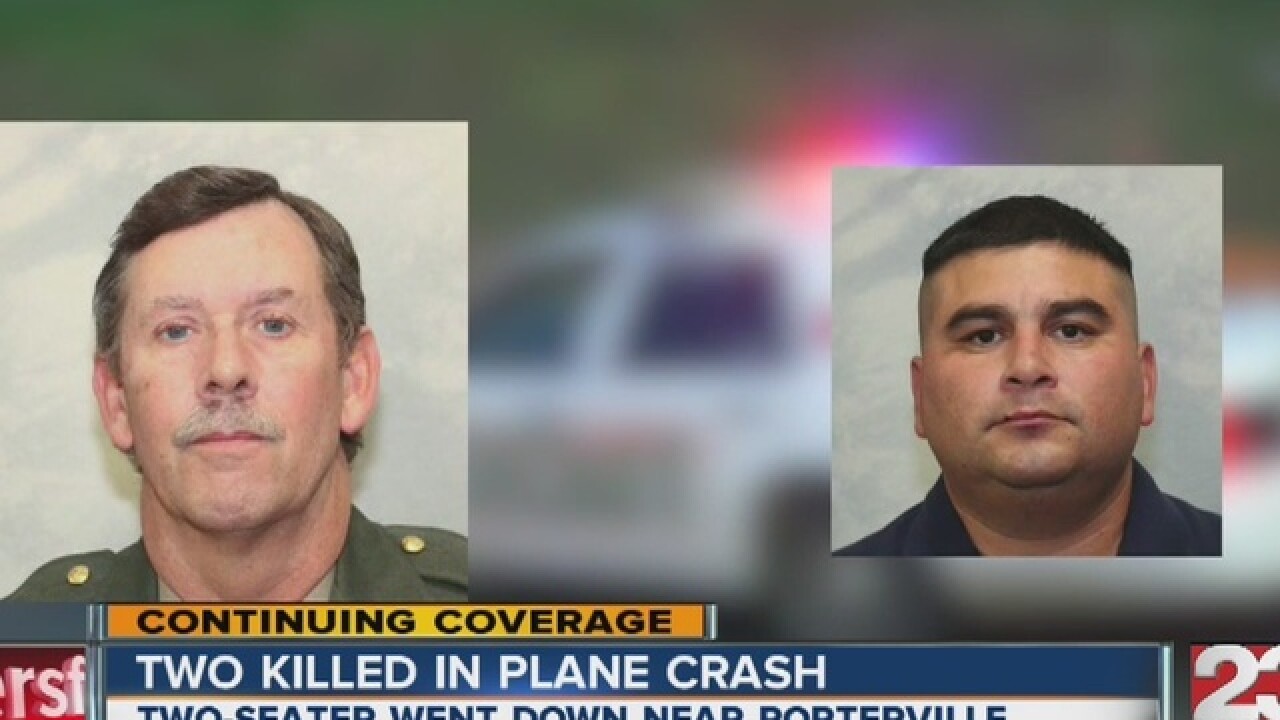 Investigators from the Federal Aviation Administration and the National Safety Transportation Board were at the scene of the plane crash all day Thursday.

According to the Tulare County Sheriff's Department Sheriff One, the departments 2-seat plane was out on routine patrol when the flight crew was dispatched to assist deputies on the ground with a pursuit of individuals brandishing a weapon.

Once the individuals on the ground were arrested, the flight crew was dismissed from the mission and headed back to their routine patrol.

Officials said shortly after for unknown reasons the plane crashed into the side of a hill near Highway 190 and Pleasant Oak.

Officials said no distress call was made and the parachute equipped on the plane was not deployed.

The two men on board the flight were killed in the crash. Officials identified them as Sheriff's deputy Scott Ballantyne, 52, and pilot James Chavez, 45, who was a former black hawk pilot.

Ballantyne and Chavez's bodies were removed from the wreckage last night and were escorted by the Tulare County Sheriff's honor guard. Fellow deputies and fire officials saluted the bodies as they were transported.

They bodies were taken to the Tulare County Coroner's office.

The sheriff's department said the last day has been hard, but the department is taking it one day at a time right now.

“Both Deputy Ballantyne and Pilot Chavez were well respected, well liked by their peers here at the department, so it’s been difficult but uh we are getting through it.” said Lieutenant Duane Cornett with the Tulare County Sheriff's Department.

The Attorney General Kamala Harris and Governor Jerry Brown both offered their condolences to the Tulare County Sheriff's Department and flags at the state capitol were flown at half staff today in their honor.

NTSB and the FAA have not released any results from their investigation. Officials said they plan on moving the wreckage tomorrow.