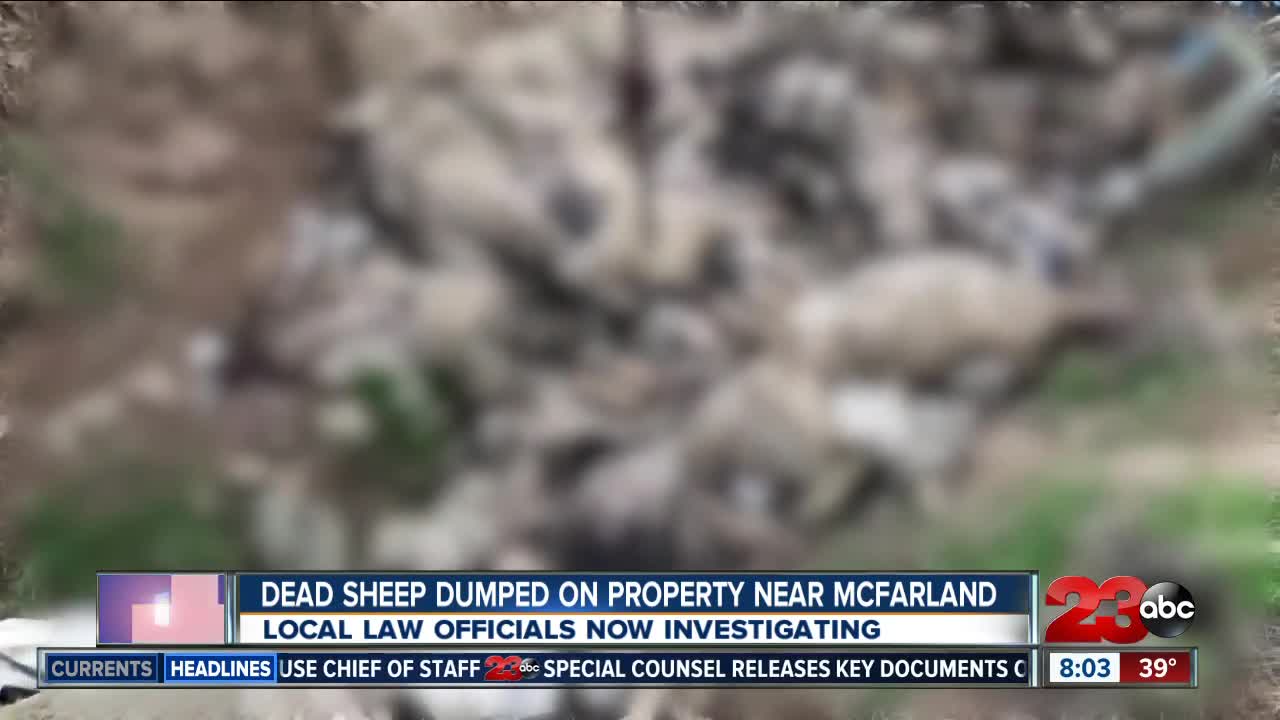 Officials are investigating the illegal dumping of dead sheep on a private property near McFarland. Officials say about 100 sheep were found in a decomposing state.

BAKERSFIELD, Calif. — 23ABC News has been following an illegal dumping of dead sheep near Sherwood Avenue in McFarland.

The family who owns the private property first told 23ABC News Friday that someone had dumped dozens of dead sheep into a pit on their property. Kern County Public Health Officials and Kern County Animal Services and control crews were out at the scene early Saturday morning investigating.

23ABC News was also out at the scene and spoke to the family who owns the property.

Johnson also told 23ABC News that because of the location of the dump his family cannot remove the carcasses themselves because part of the dump is on a different owners property. The Johnson family has tried contacting the other property owners and has not heard back yet.

According to Johnson whomever dumped the dead sheeps left tags on the carcasses which allow investigators to potentially trace back the suspect. Property owners also said they are now considering putting surveillance on the land in case the suspect makes another dump attempt.