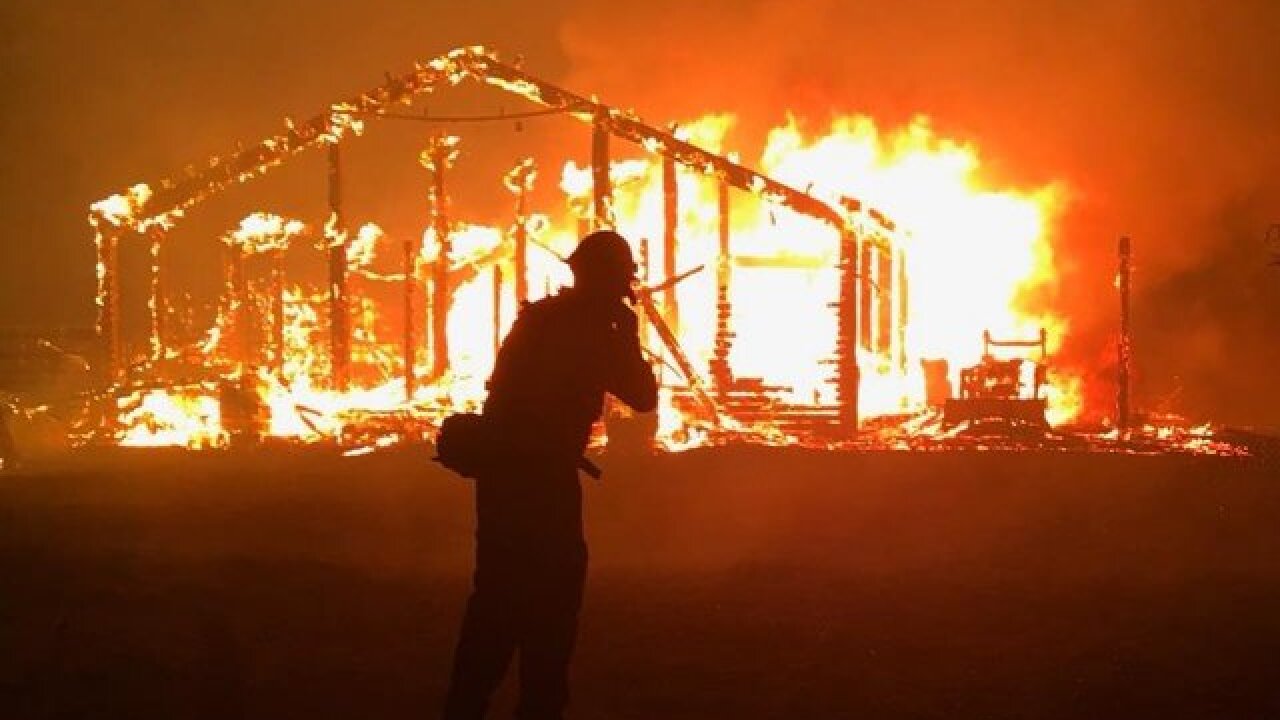 SACRAMENTO, Calif. (AP) -- Gov. Jerry Brown is urging lawmakers to back a proposal that would soften the standard that makes electric utilities financially liable when their equipment causes wildfires.

A legislative committee meeting Wednesday to discuss the growing threat of wildfires did not take any formal action on Brown's proposal, but some lawmakers indicated the need to review the impact of frequent blazes on utilities.

Brown's proposal would allow courts to decide how much utilities should pay for damage, backing away from a legal standard that generally holds electric companies entirely liable for the costs of wildfires triggered by their power lines, transformers or other infrastructure.

It would apply to fires sparked after Jan. 1, 2018. Pacific Gas & Electric Co. executives have said they expect to pay more than $2.5 billion after the company's equipment was blamed for starting several of the 2017 wildfires that killed dozens of people in Northern California's wine country and triggered billions of dollars in insurance claims.

Utilities that are negligent "must be held accountable," but they also need to survive, Assemblyman Chris Holden, a Democrat from Pasadena, said Wednesday.

"They are the backbone of our daily existence and our economy," Holden said. "Therefore we have to consider ways utilities can manage their costs without disrupting service to customers or triggering excessive ratepayer impacts."

California's legal standard is among the strictest in the nation for assigning costs to utilities. The companies are on the hook to pay for wildfire response and recovery if their equipment started a fire, even if they aren't found negligent.

Only Alabama has a similar legal structure, which treats private utilities the same as government entities when they take or destroy someone's property, said Michael Wara, a research fellow focused on climate and energy at Stanford University's law school.

Utilities say they're facing unprecedented costs as California confronts a longer, more severe fire season due in part to drought and climate change. This month, a wildfire has been ripping through the Sierra Nevada just west of Yosemite National Park.

"We believe comprehensive public policy reforms are urgently needed to address the challenges brought about by more frequent and more intense wildfires," she said in a statement.

Critics, including insurers and local governments, say changing the liability mechanism would raise insurance premiums and remove incentives for utilities to do everything they can to prevent fires.

A coalition of insurers called Brown's proposal a bailout for utilities.

"Protecting utilities' shareholders over fire survivors leaves the very individuals and communities whose lives were upended on the hook to the benefit of huge utility companies," the coalition said in a statement.

In addition to the wildfire changes, Brown's proposal would increase the maximum fine utilities can face if they do violate state law or rules from $50,000 to $100,000 per offense. It would also require utilities to development more robust wildfire plans and better state oversight of those plans.