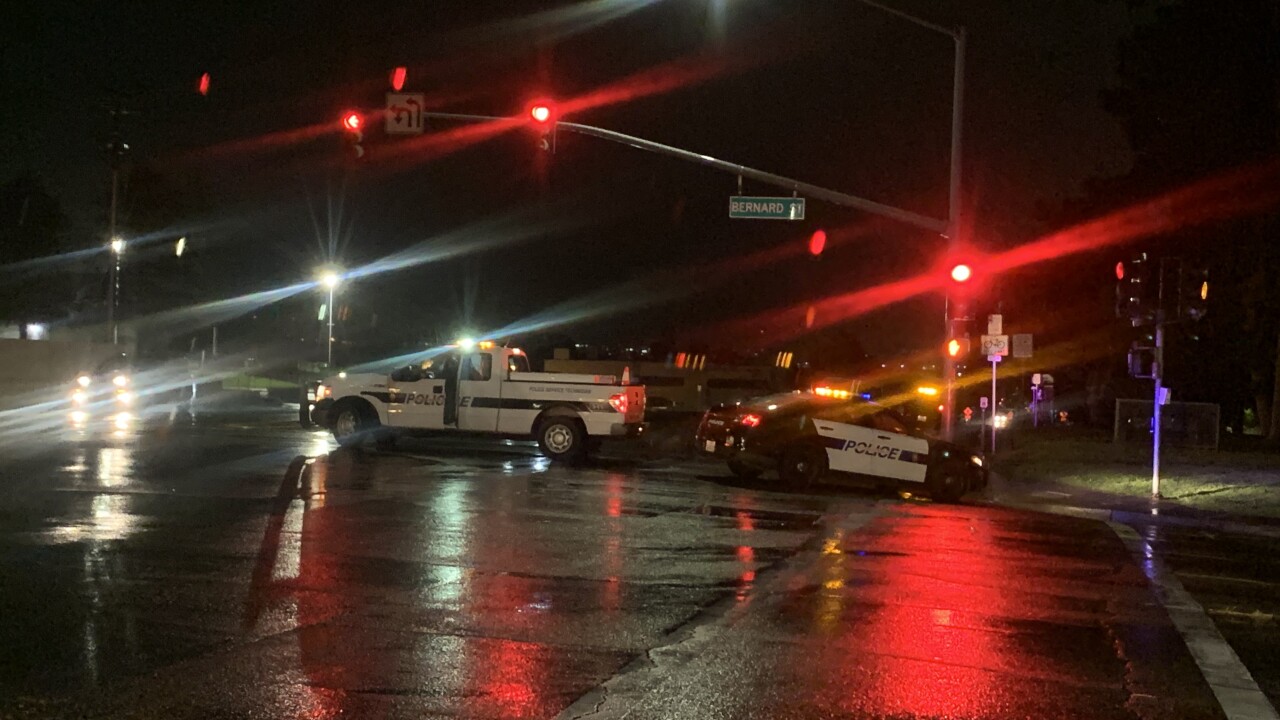 BAKERSFIELD, Calif. — A pedestrian struck by a car in East Bakersfield Sunday evening was rushed to a local hospital with major injuries.

According to the Bakersfield Police Department, the collision occurred shortly before 7:30 p.m. at the intersection of Bernard Street and Mount Vernon Avenue.

Officers shut down the intersection during the investigation.

According to officials, the investigation found that the driver had the right away with a steady green signal light. The man crossing the road was inside a crosswalk, but had a red signal light.

The man is currently listed in critical condition.

Alcohol or drugs are not a factor in this collision.