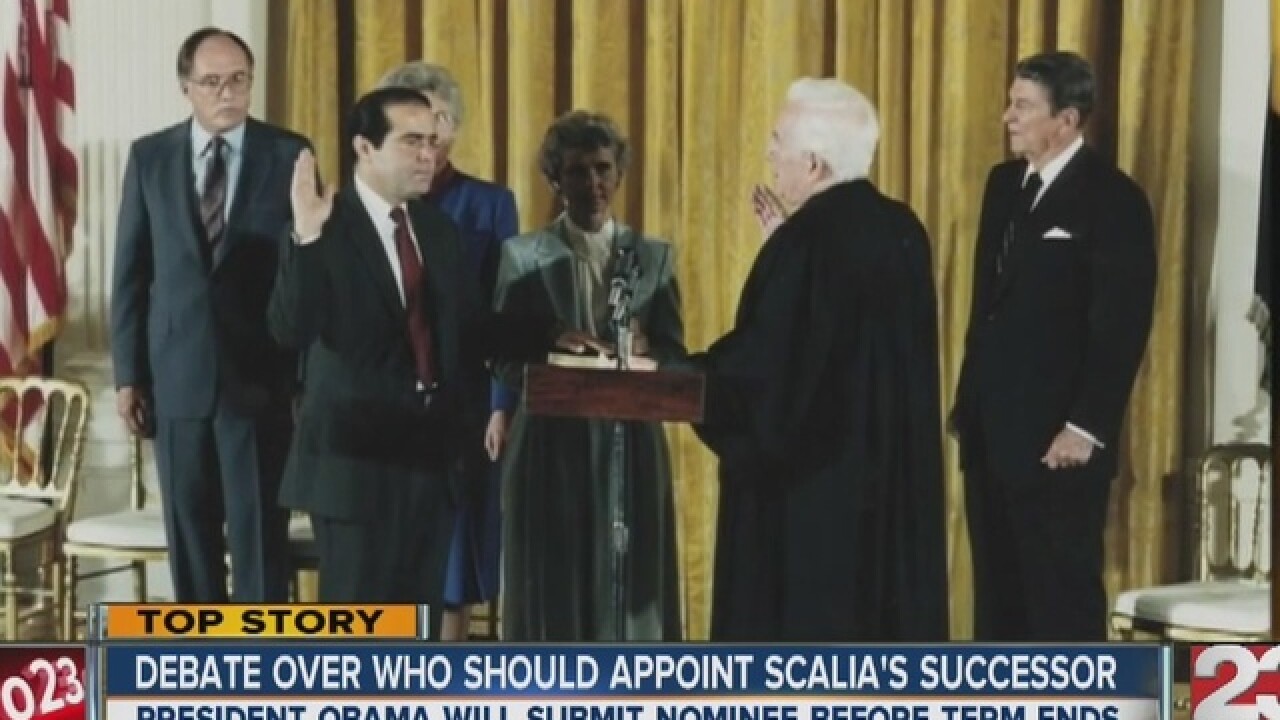 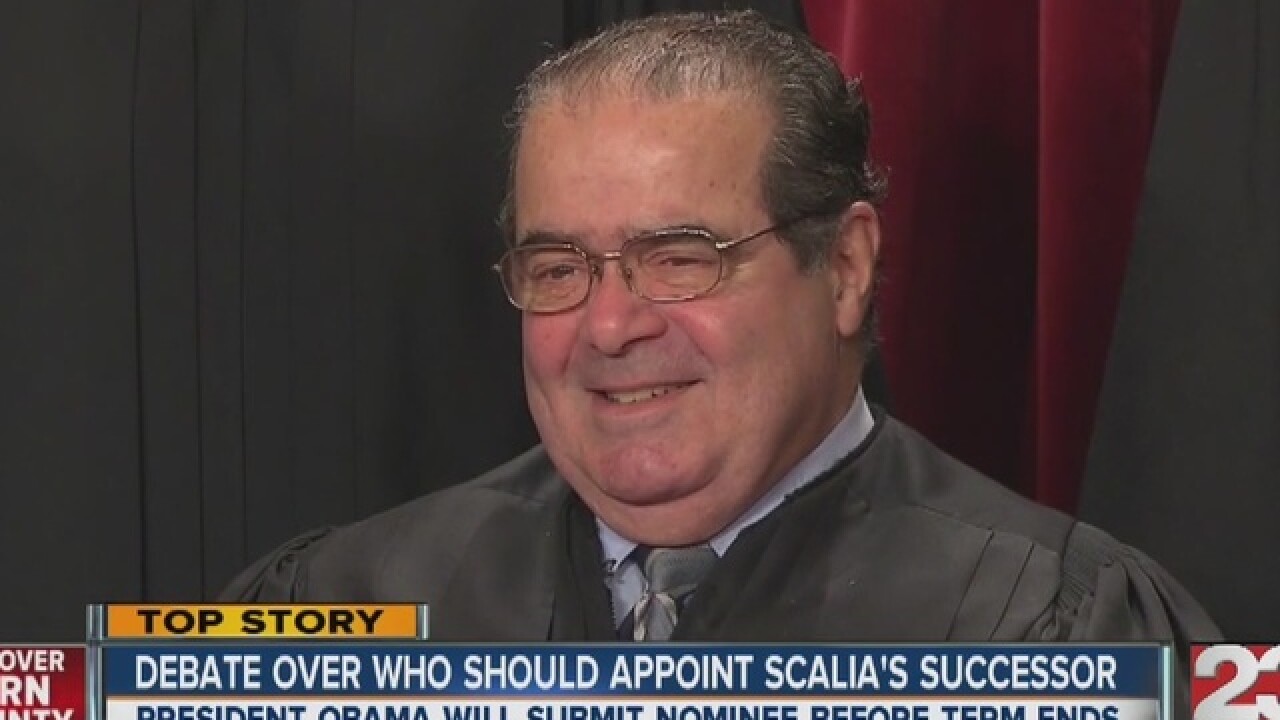 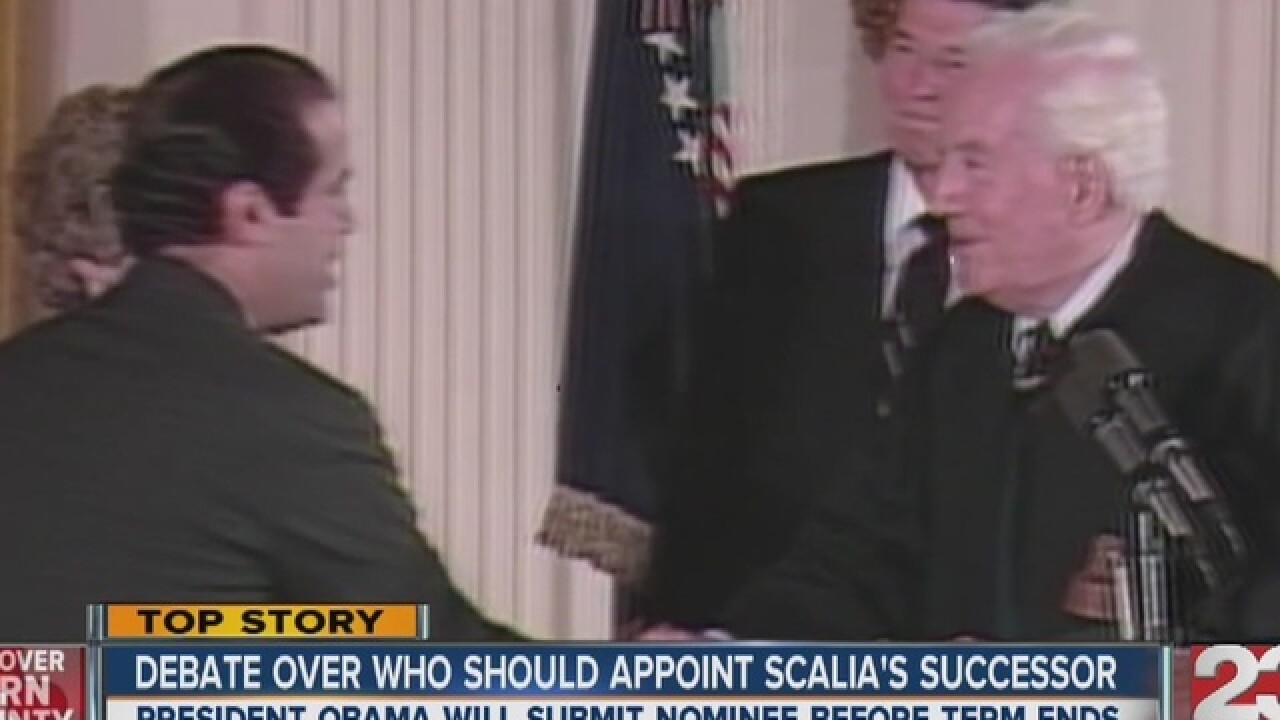 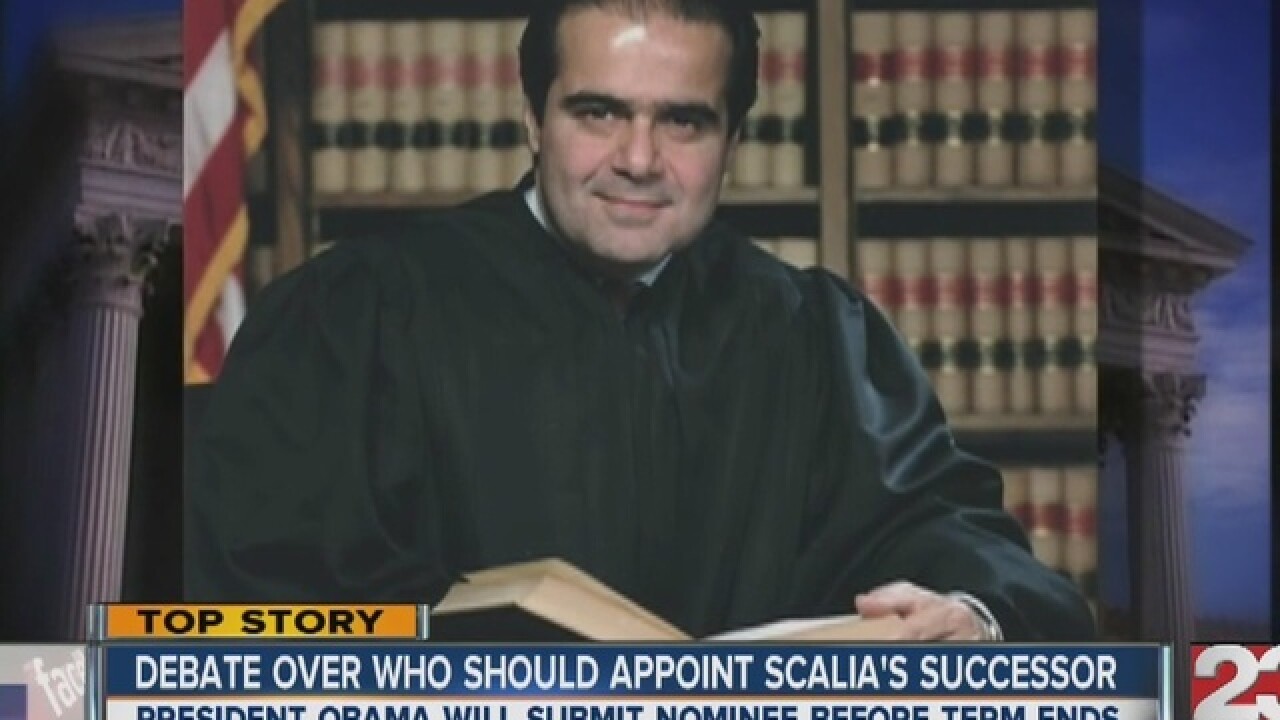 Supreme Court Justice Antonin Scalia's passing on Saturday has caused social media to buzz about who should pick the his replacement.

During a speech Saturday evening about Scalia, President Obama expressed plans to nominate a candidate in his final months in office.

Many believe that his candidate will be shot down immediately in a Republican-dominant Congress.

"I think it's up to Mitch McConnell and everybody else to stop it," Donald Trump said during Saturday night's debate in South Carolina.
"It's called delay, delay, delay."

Other GOP presidential candidates also gave responses about whether President Obama should pick the nominee.

"I do not believe the President should appoint someone and it is not unprecedented," said Marco Rubio.
"In fact it has been over 80 years since a lame duck president has appointed a Supreme Court Justice."
John Kasich agreed with Rubio.
"I believe the President should not move forward and I think we ought to let the next president of the United States decide who is going to run that Supreme Court with a vote by the people of the United States of America," said Kasich.
Visit our Facebook page to share your thoughts on who should pick Scalia's replacement.
Scripps Only Content 2016