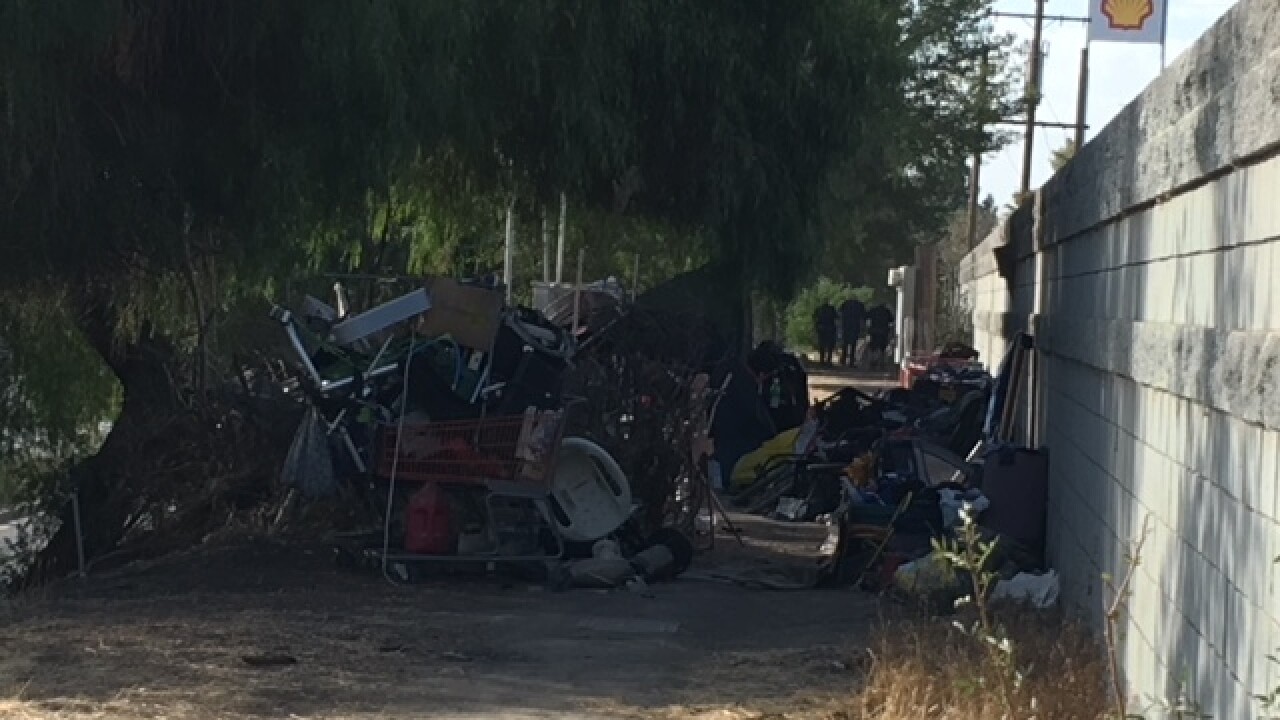 A pitbull was shot as officers served a 72-hour eviction notice on a homeless encampment in Southwest Bakersfield.

Caltrans employees and CHP officers arrived to a homeless encampment on the southbound side of the 99 just before the Ming Avenue exit when a pitbull came out and aggressively charged towards the officers. According to CHP, the officers retreated backwards when the dog lunged and grabbed the pant leg of an officer. The dog was shot at multiple times and hit once. At this time, the dog is still alive.

According to officers, there were four people on-scene living in the encampment with two dogs, a pitbull and a German Shepherd. This was the second of three homeless camps that were served 72-hour eviction notices today. The first location was on the northbound 99 Ming Avenue on-ramp, while the third location was on the 178 and M St. in Central Bakersfield.

According to both Caltrans and CHP, all three homeless encampments that were served are located on state property.