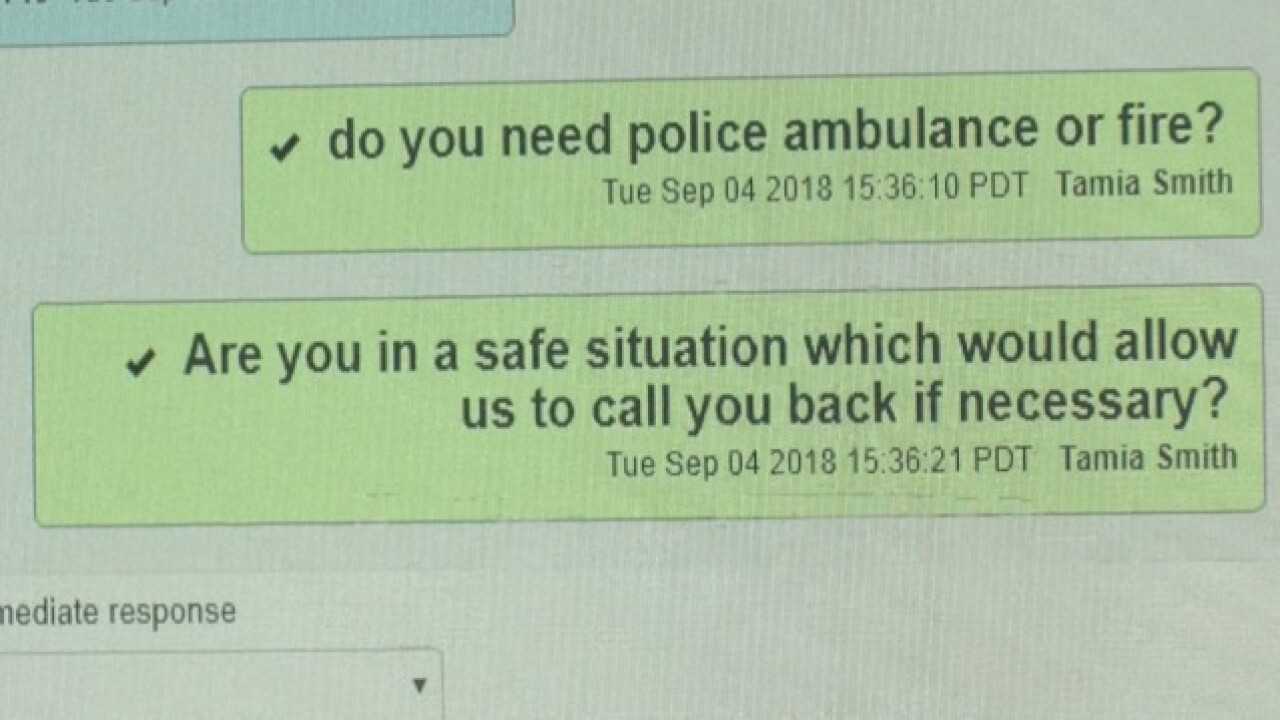 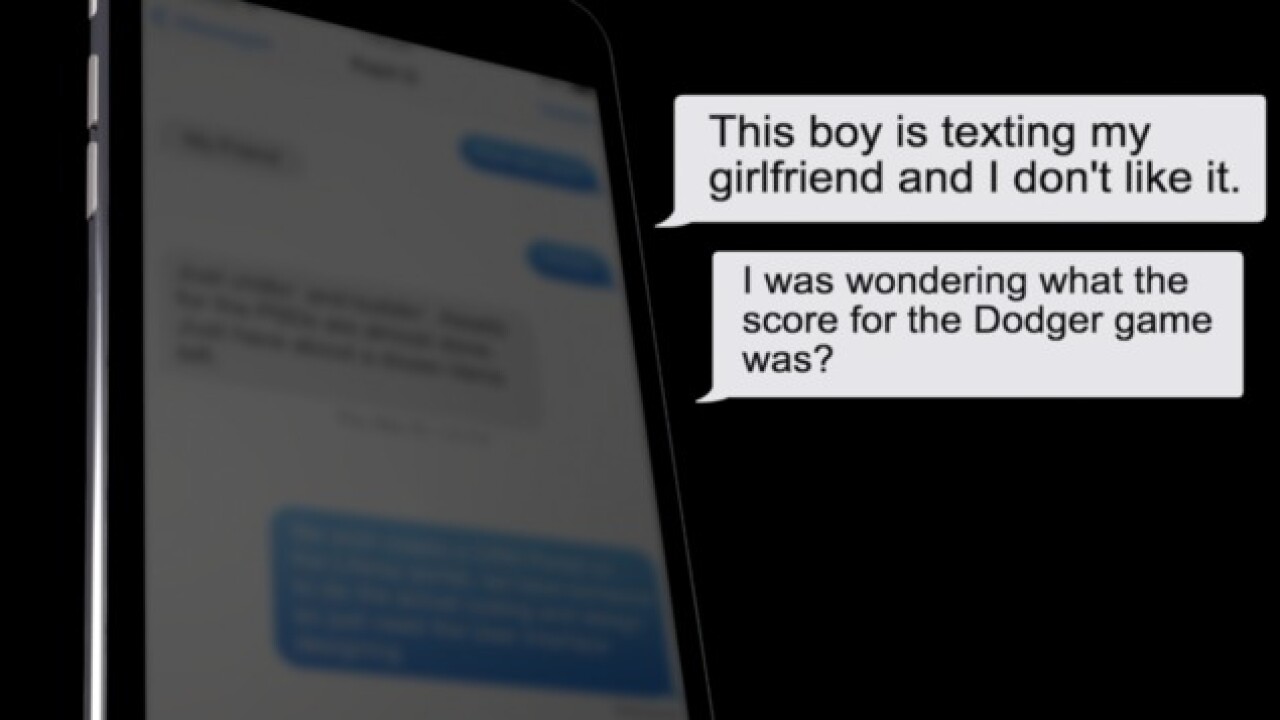 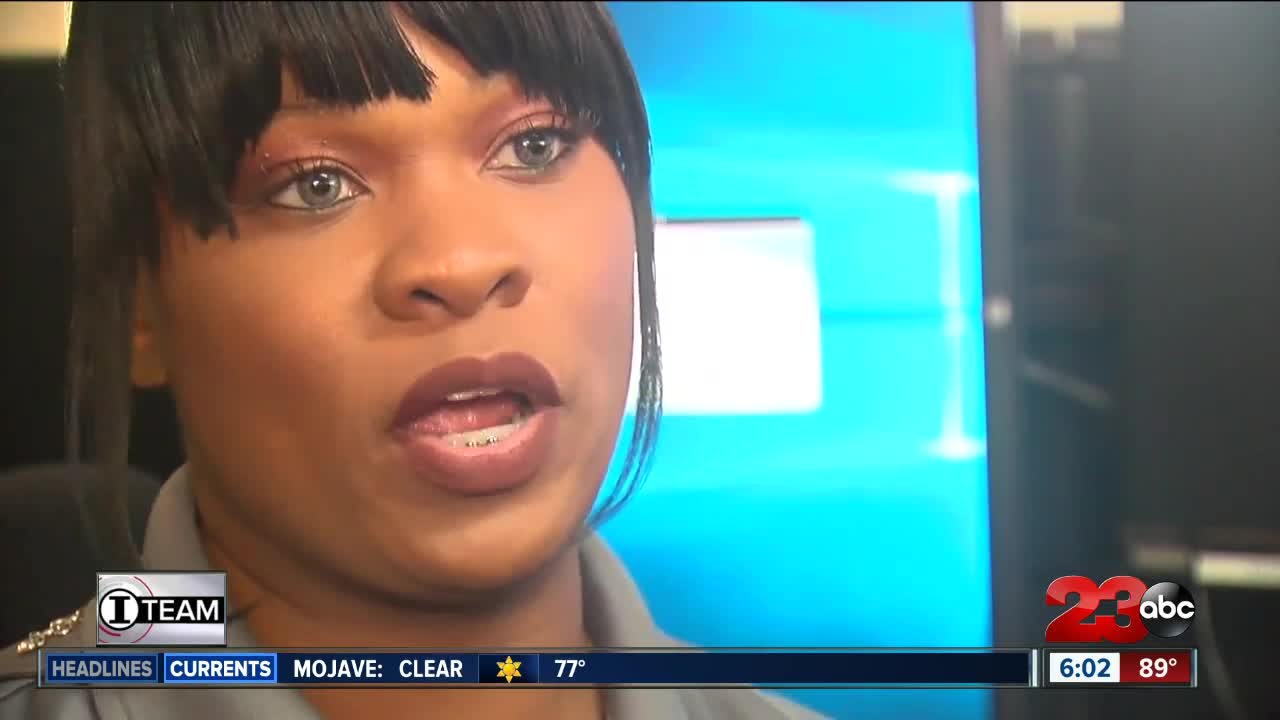 Since it's launch in July of 2018, the "Text to 911" feature in Kern County has drawn in hundreds of messages from the community.

"This boy texting my girlfriend and I don't like it."

"I was wondering what the score for the Dodger game was?"

Those are just some of the real text messages the Bakersfield Police department and Kern County Sheriff's Office have received.

Tamia Smith, a communications supervisor at the Bakersfield Police Department said the new system has turned up more response than initially anticipated.

"We just didn't think that it'd hit so well with the public and that we'd get so much response from the public." Smith said.

23ABC submitted a Public Records Request to see how people are using the new system and records show hundreds of messages have been received.

"Light is out at Westwold and Gosford very dangerous"

"There's a fire at the Panama southbound on ramp to the 99."

"Two dogs left in a Chevy envoy in the parking lot of old navy on gosford."

While police said those are important incidents to report to police, officials said it appears people may be using the service out of convenience, not necessity.

"The state has adopted the motto 'Call if you can, text if you can't' and you should do precisely that. We prefer that you place a phone call so that we can get you your help faster." Smith said.

At BPD, there are two people assigned to the "Text to 9-1-1" feature at all times. They can each handle up to two message strings at a time.

So far, Smith said BPD is averaging a less than 30 second response time to respond to messages.

At any given time, only four people needing help can "Text to 911." Officials said that's why it's important the system is used correctly so that the lines aren't jammed.

"I would ask them to consider if those four lines are being utilized and one of them is with your non-emergency situation, how are we going to help potentially their mother or sister or grandmother who may be texting because they've been assaulted to kidnaped or being held hostage somewhere?"

Not all people used the feature incorrectly, like the man asking if he and his wife should go out at window when the active shooter scare happened at Mercy Southwest Hospital in August.

Or the person who said they had a restraining order on their boyfriend, but now he was on their roof.

"Boyfriend has retraining order and he's ringing doorbell possibly hiding on roof threatens to tear off ac unit. Calling 9-1-1 but can't talk out loud. he will hear me. Plz (sic) help"

Officials said nationwide trends show the program is frequently used, so as time goes on they expect more people to use the feature, they're just hoping people will use it correctly.

"You know my hope is for it to be utilized the way that it was intended to," Smith said. "I think it's going to be something that's around for a long time."

Smith said if people have a non-emergency they can still send messages to police through the P3 Tips App or online at P3 Tips by clicking this link:  https://www.p3tips.com/TipForm.aspx?ID=703

The Bakersfield Police Department reminds citizens that it is a misdemeanor for any person to willfully use the 911 system for any purpose other than reporting an emergency.