Sandalwood Fire burns over 800 acres, kills one in Riverside County 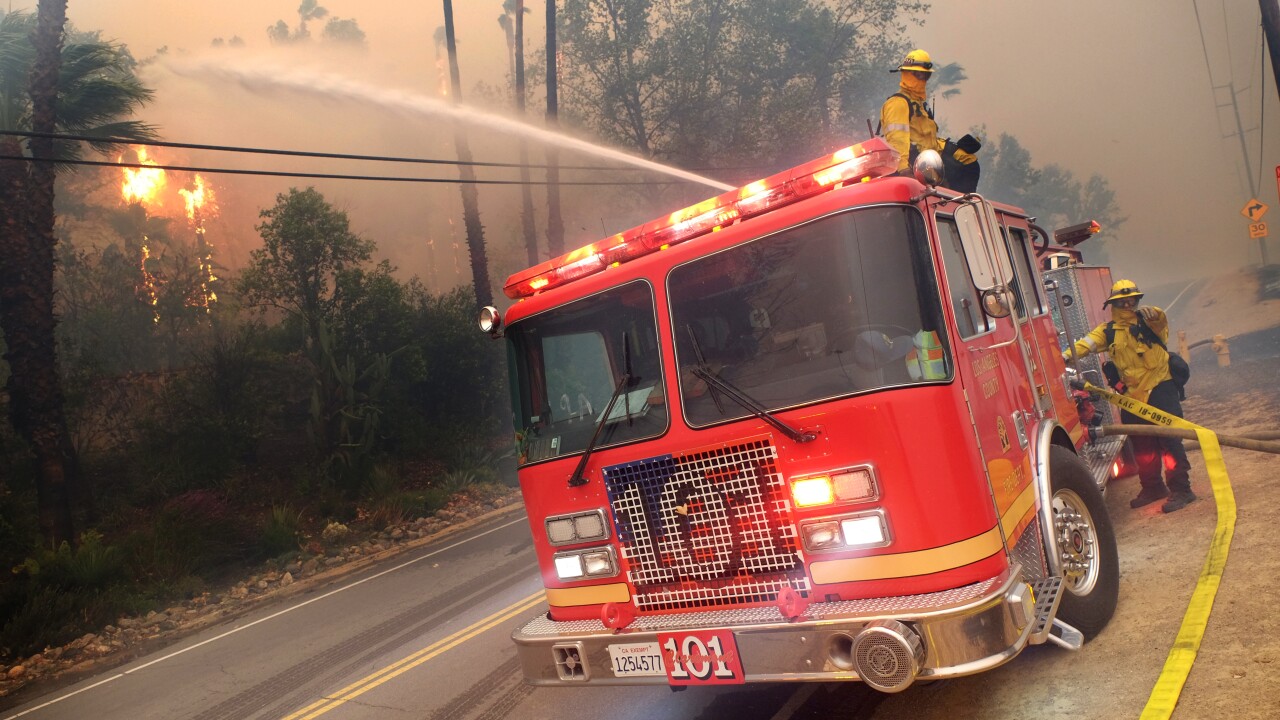 Matthew Simmons/Getty Images
AGOURA HILLS , CA - NOVEMBER 09: Firefighters from various departments work to protect structures as the Woolsey Fire moves through the property on Cornell Road near Paramount Ranch on November 9, 2018 in Agoura Hills, California. About 75,000 homes have been evacuated in Los Angeles and Ventura counties due to two fires in the region. (Photo by Matthew Simmons/Getty Images)

In addition to the Saddleridge Fire, another inferno has sparked up in Calimesa in Riverside County.

City and county officials have declared a local emergency due to the Sandalwood Fire which began Thursday when a trash truck dumped burning garbage in the area. That fire has destroyed 76 structures, which were mainly homes at a hilltop mobile home park.

The blaze has grown to more than 830 acres and was reported to be 10 percent contained.

Officials are saying at least one person is dead.