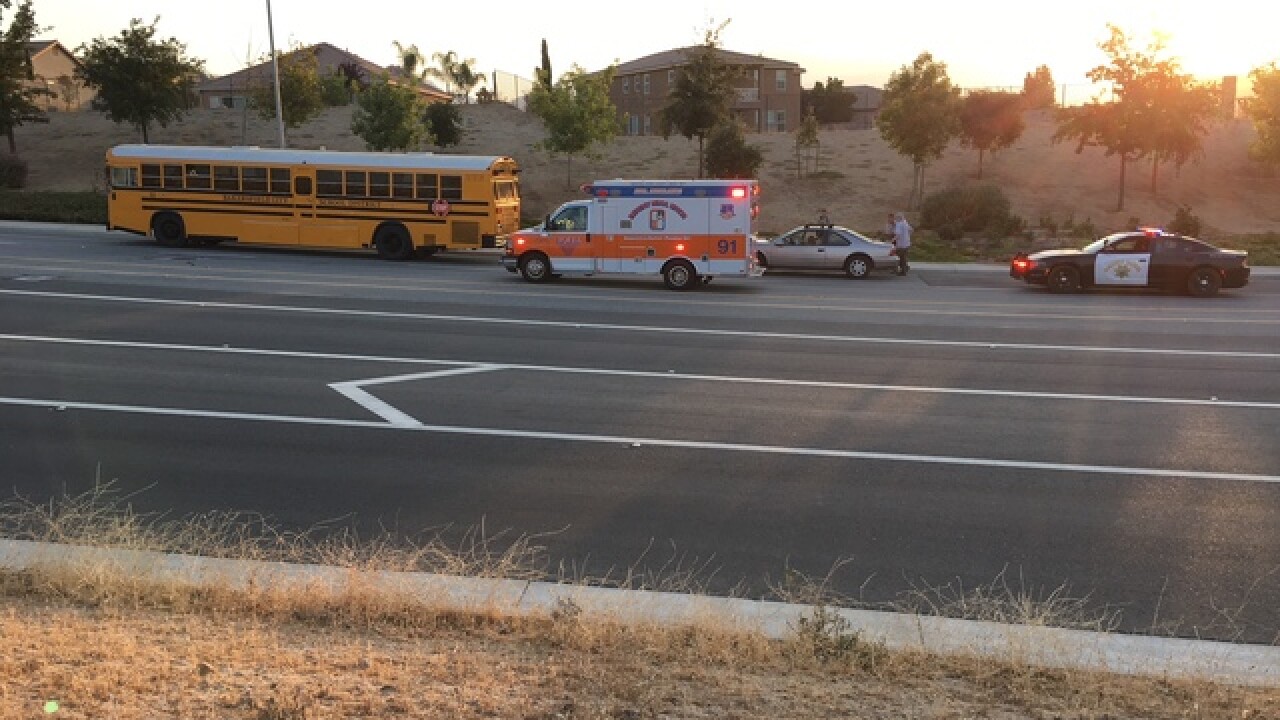 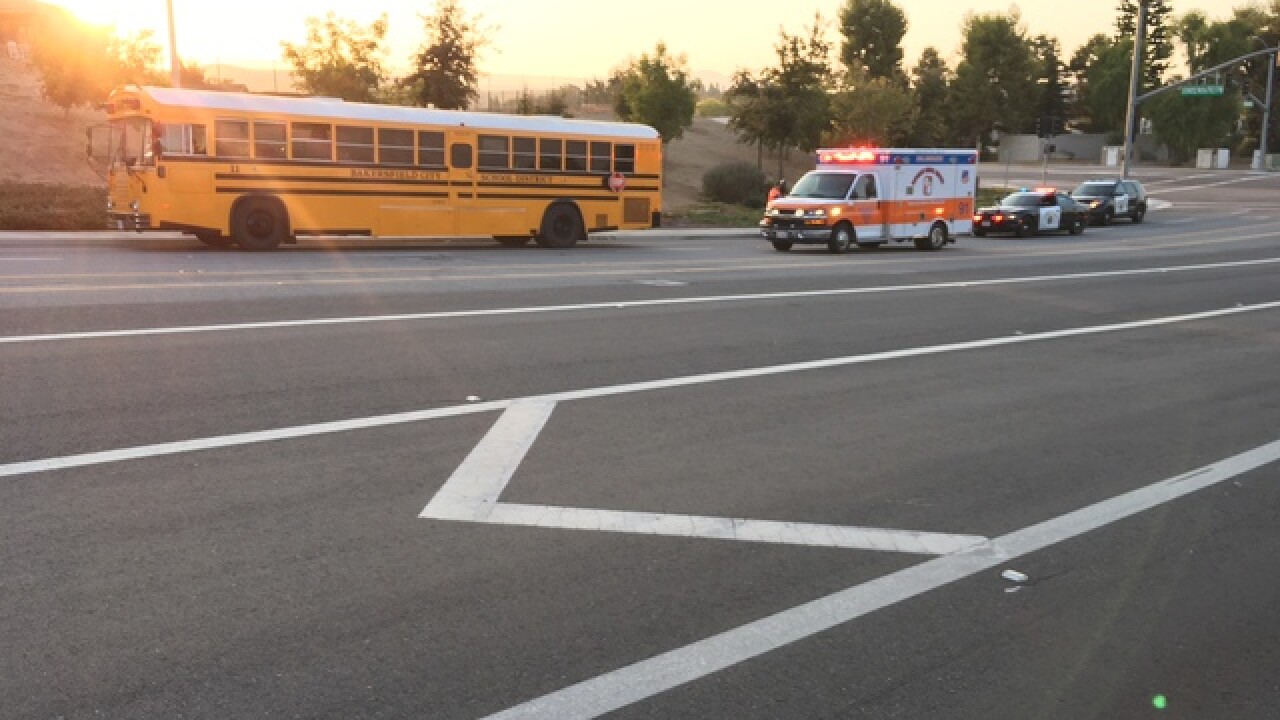 (UPDATE September 4, 2018 at 7:42 a.m.) According to CHP, the vehicle ran a red light and crashed into the back of the school bus. Both the bus and vehicle were traveling westbound.

No students were injured. One passenger in the vehicle received minor injuries from the airbags.

Parents of the students involved in the crash have been notified.

The crash happened on Mira Monte Drive and the 178 across from the Rio Bravo Country Club.

According to CHP, nine students were on board the bus at the time of the crash. No students were injured. However, one woman was injured in the vehicle.

Parts of Mira Monte Drive are blocked at this time.