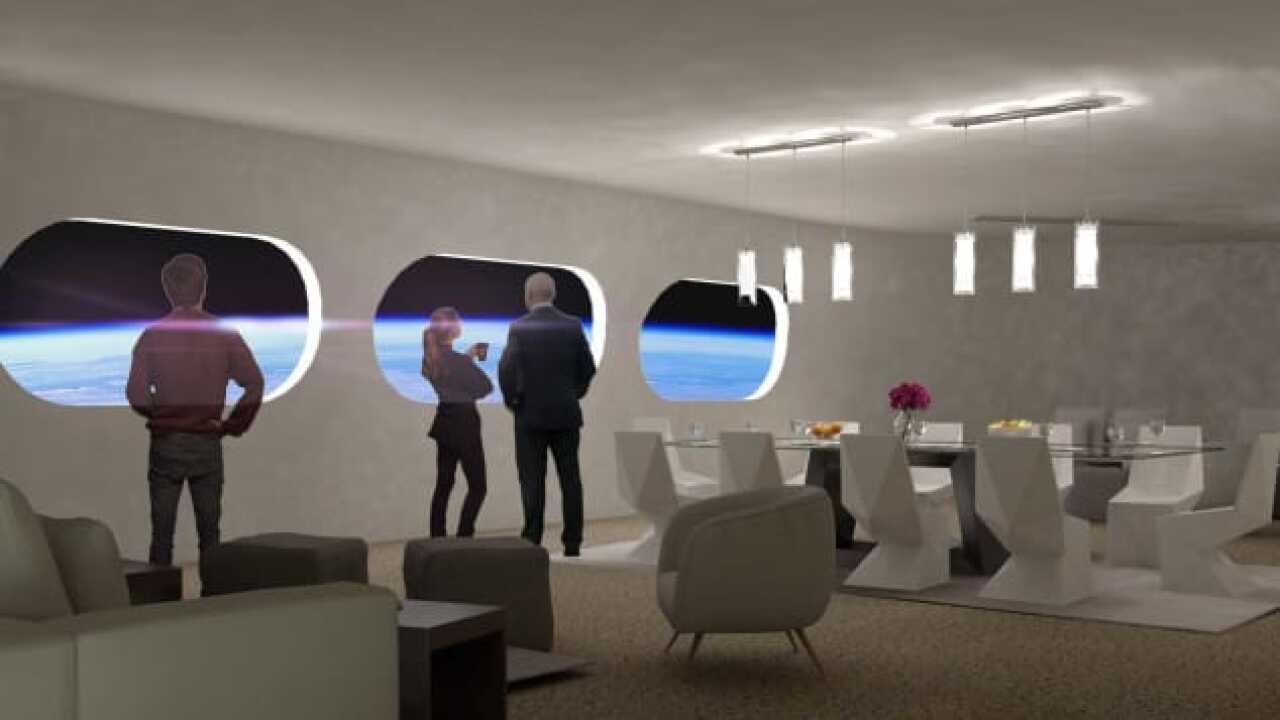 ALTA LOMA, Calif. (KABC) — If you're looking to book a trip that's out of this world, a Southern California company hopes to fulfill your dream, but you'll have to leave Earth to get there.

The Gateway Foundation released design plans for its Space Hotel. The Alta Loma company plans to build the Von Braun Station, a cruise ship-style hotel floating among the stars. The hotel, which is named after rocket pioneer Wernher Von Braun, will include restaurants, bars, concerts and low-gravity trampolining. The company hopes to send people up to its space hotel by 2025.