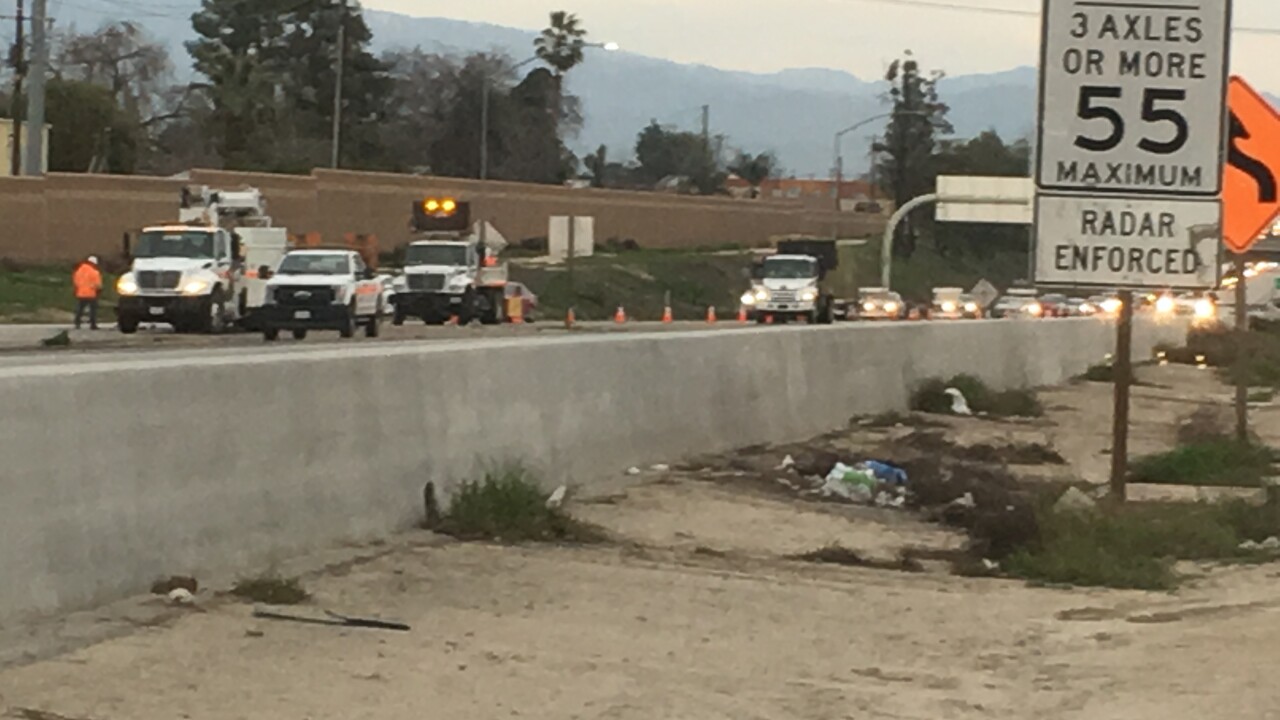 BAKERSFIELD, Calif. — Emergency repair work on the westbound State Route 58 will require ramp closures in the vicinity of the State Route 58/State Route 99 Interchange by 3:45 p.m.

According to officials, maintenance crews notices that a slab came apart on the entrance tunnel in the area east of where the connector starts. They decided that with the potential for incoming rain, the slab needed to be repaired sooner than later because the rain would cause additional damage to the road.

The State Route 99 lane closures for the Belle Terrace demolition work will be implemented as planned.

BAKERSFIELD: Westbound State Route 58 will be fully closed west of the Northbound 99 connector starting at approximately 3:45pm due to emergency roadway work.

This closure will also limit access to Southbound 99 and Real Road.
Drivers are encouraged to use alternate routes.