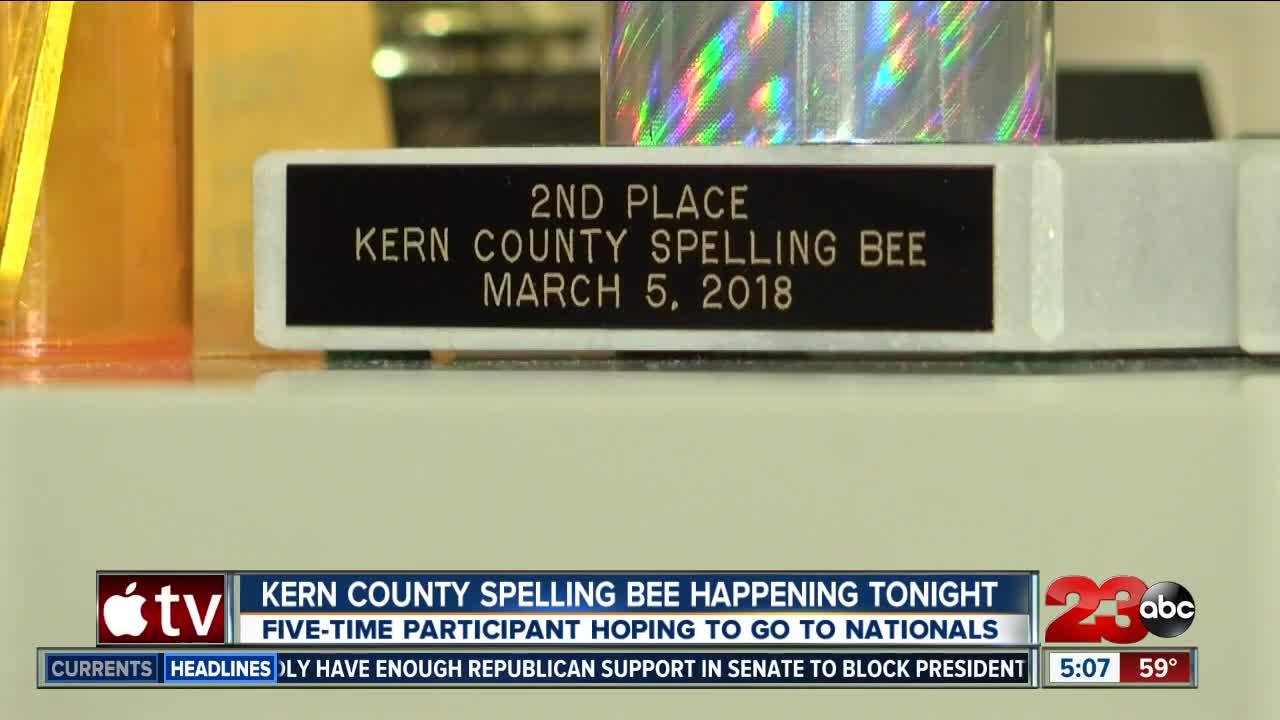 It is Gabriel's last shot to make it to the Scripps National Spelling Bee.

============
The Kern County Spelling Bee is the final round before the Scripps National Bee. The top elementary school students from around Kern County compete for one spot in the National Competition.

This year’s Kern County Spelling Bee is March 4, 2019. Thirty-one spellers will fight for the one coveted spot.

One person who is familiar with the county level is Gabriel Nobleza, an eighth grader at Pioneer School in Delano, who has competed the past four years. All four of those years, he’s come in second place. This year will be his last chance, so he’s hoping for the win, but says if he doesn’t win, he’s proud of how hard he’s worked.

"Whatever happens, happens. Even if I don't win, I'll still be like oh at least I tried," said Nobleza.

The Kern County Spelling Bee is set for Monday, March 4 at 6 p.m. The National Competition is in Harbor City, MD in May.