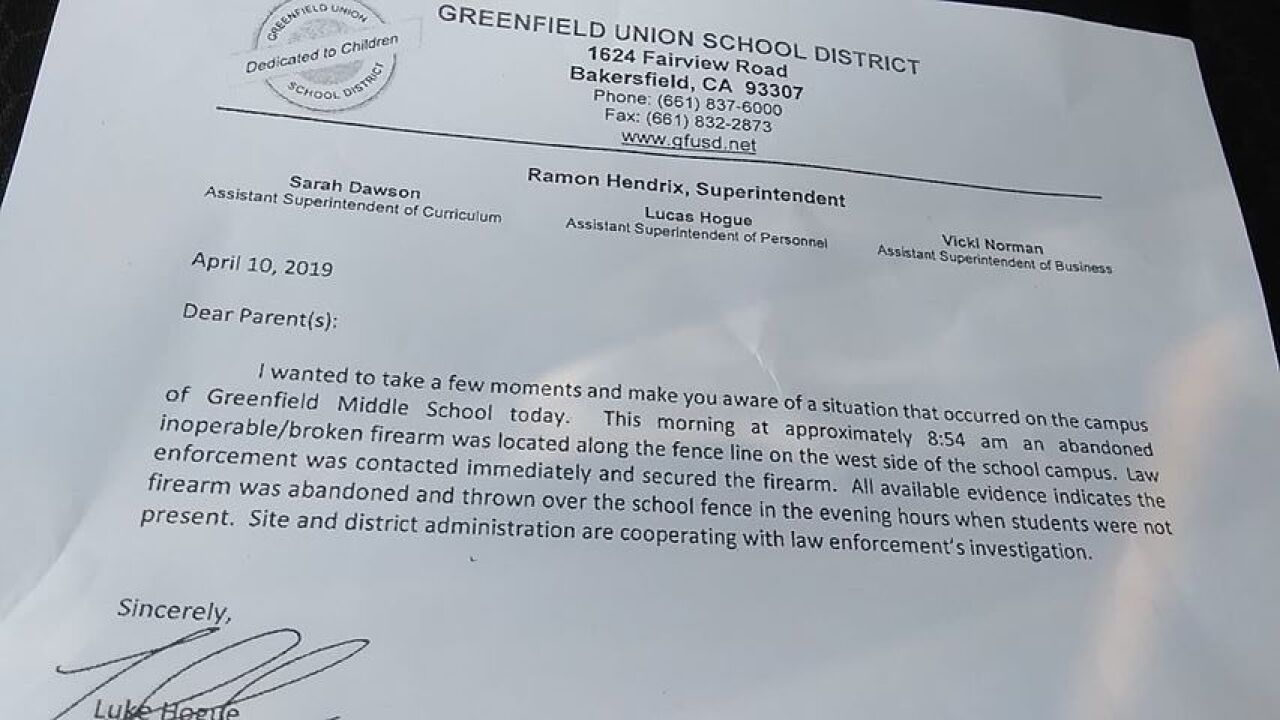 BAKERSFIELD, Calif. — Students working on a school beautification project at a South Bakersfield middle school found a rifle on campus.

According to Lucas Hogue, Assistant Superintendent for the Greenfield Union School District, just before 9 a.m., students working on a school beautification project at Greenfield Middle School in South Bakersfield found a rifle along the fence line.

Hogue says the rifle was inoperable/broken and zipped in a gun case. Hogue says a student picked up the case when a staff member noticed it and told the student to put it down, which the student did.

"It's unfortunate and frustrating," Hogue told 23ABC. "We work very hard to make sure our campuses are secure and safe for our students."

Hogue says no student touched or viewed the rifle. Hogue says the case was not opened by students.

KCSO was called and is investigating along with the school resource officer.

Hogue says according to surveillance, the district believes the gun was tossed sometime between 6 p.m. Tuesday and the early morning hours of Wednesday.

The school district sent a letter to parents informing them of the incident.