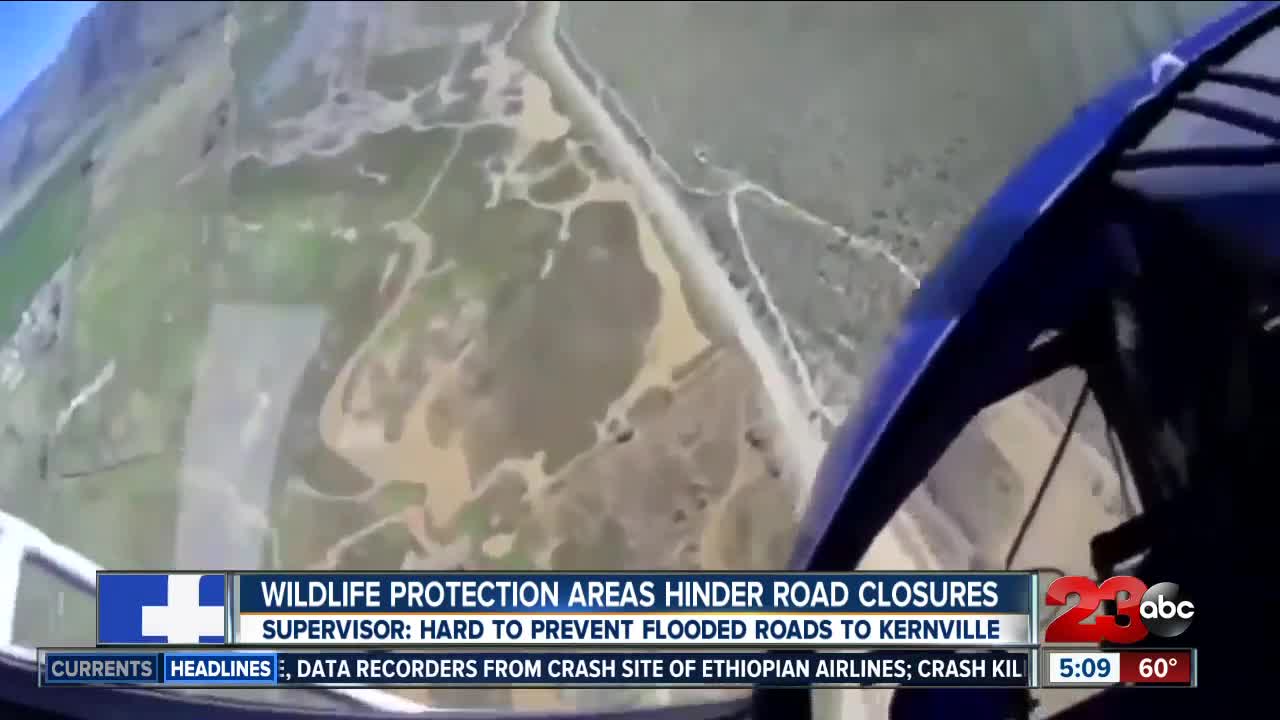 Supervisor Mick Gleason represents that area and he, along with many residents, told 23ABC this flooding is expected during wet months. Locals voiced their concern that nothing is being done to permanently fix the flooding potential, so 23ABC reached out to Supervisor Gleason to see what's stopping prevention.

Supervisor Gleason said a big problem that's hindering prevention is the multiple environmentally protected areas in the Kern River Valley. According to Gleason, the problem isn't the roads, but the creeks and rivers around the roads, many of which are within those protected areas, so the County is unable to do any major building.

"It's very frustrating managing disasters in that area when the regulations are working against you," said Gleason.

He said a major problem spot is Sierra Way, which stretches along the north side of Lake Isabella, connecting Kernville with Weldon. Sierra Way has a bridge that constantly closes due to flooding, which completely closes that road. This is just one of two roads into Kernville, so he said it creates a potentially dangerous situation for Kernville residents if a situation were to arise where they needed to evacuate.

Gleason said they can't do anything about the creeks and rivers in the conservation areas, but he tries to take steps to stop the bridge from flooding. These steps include adding berms, or raised banks, cleaning out underneath the bridge to prevent buildup and making sure residents are educated on the best and safest way to evacuate if need be.

"We'll be ready. If it does happen again we'll be up there. We'll be ready and we'll get people there responding as best as can, as quickly as we can," said Gleason.

Gleason, along with the interim chief for the Kern County Fire Department and other Kern County representatives, flew in a helicopter the day after the major flooding to survey the damage, see what kind of response was needed and figure out what steps to take in the future.