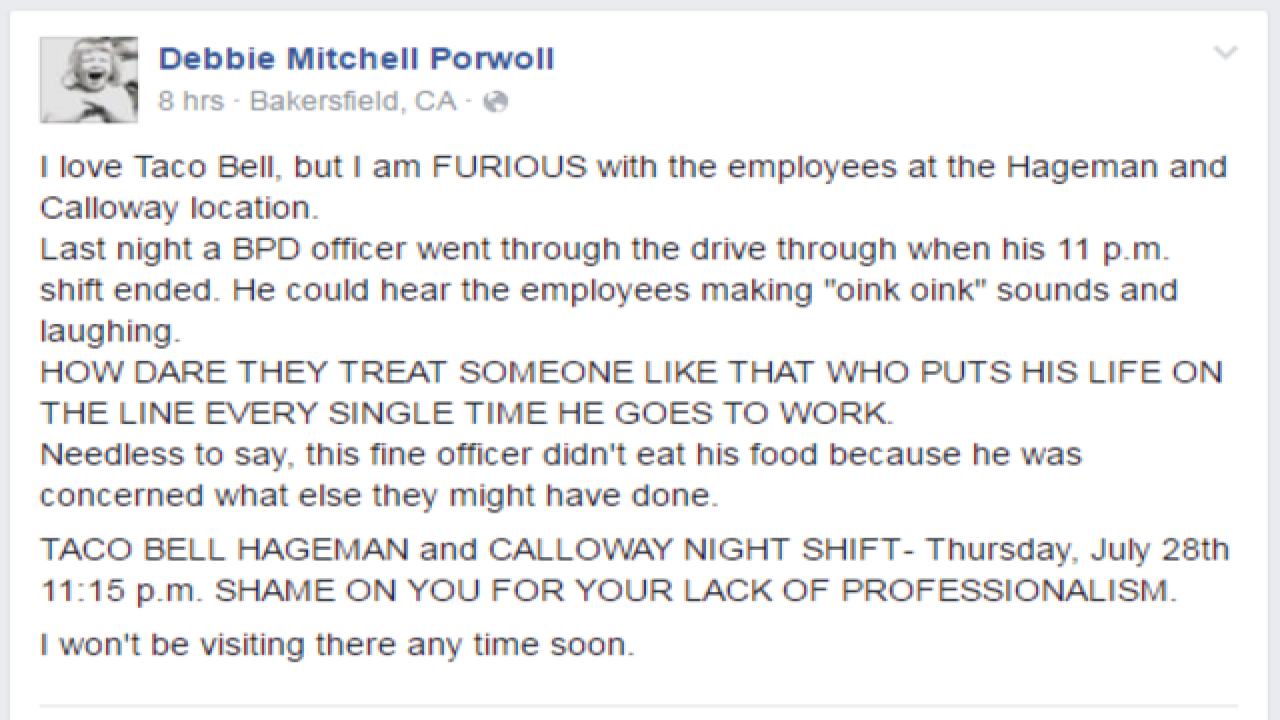 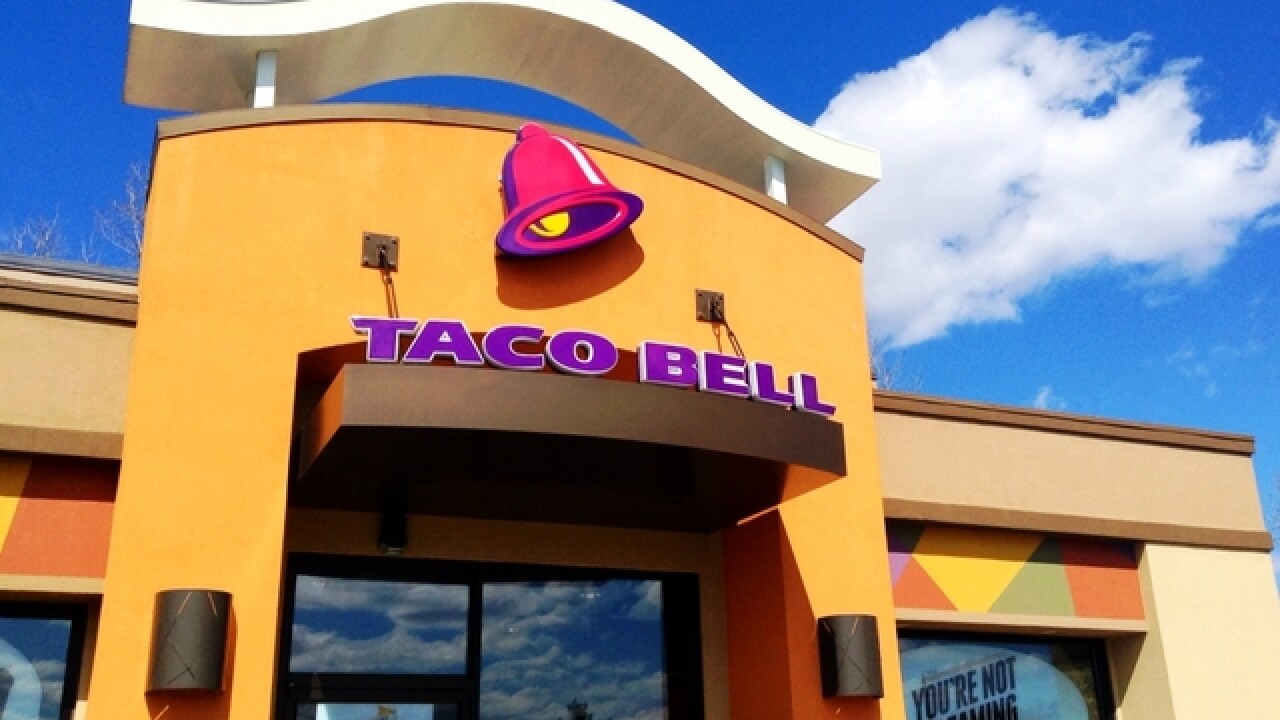 BAKERSFIELD, Calif. -- Taco Bell is investigating reports of an employee taunting a Bakersfield police officer on Thursday night in northwest Bakersfield after a Facebook post was brought to our attention.

The post states that employees at the Taco Bell on Hageman and Calloway was making "oink, oink" sounds and laughing at a Bakersfield police officer in the drive thru.

Taco Bell's corporate office says they are investigating the incident and released this statement to 23ABC.

"Taco Bell does not tolerate discrimination in any way. We are deeply appreciative of the men and women who have taken the oath to serve and protect our communities. We have launched an investigation into this matter and will be taking appropriate action. We have also reached out directly to the Bakersfield Police Department."

We reached out to the Bakersfield Police Department and they said they do not have a comment at this time.