Teen who battled leukemia makes ‘Bags of Love’ for patients 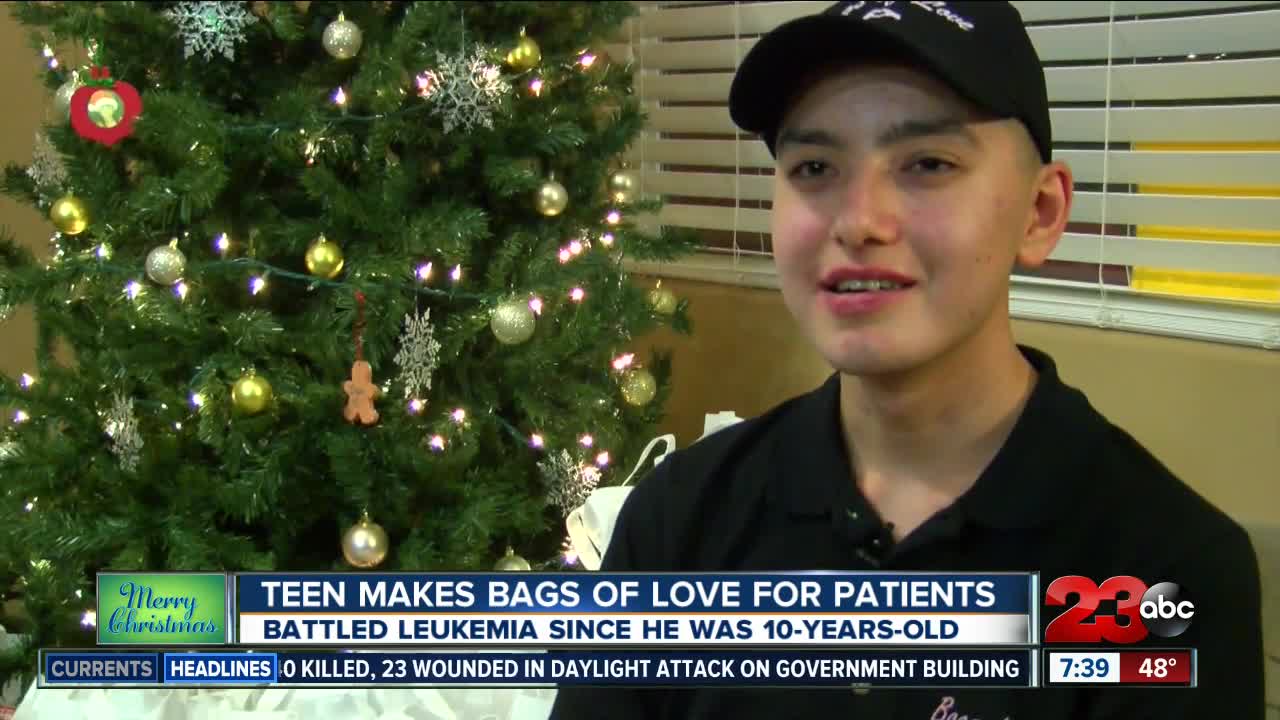 A teenager who battled leukemia since he was 10 years old makes “Bags of Love” to help others.

BAKERSFIELD, Calif. — A local teenager is giving back after a years-long battle with cancer.

Seventeen-year-old Julian Castaneda battled leukemia since he was 10 years old. He said he felt trapped after being in and out of the hospital.

Because of that, he now wants to give back and make patients’ experience a little better this holiday season.

Castaneda remembers how he was forced to deal with the side effects.

The teen battled leukemia for three years and went through remission, but his leukemia came back one year later.

"I was just sad and didn't know what was going to happen,” he recalled.

Castaneda was put on the transplant list and shortly after got the bone marrow he needed.

The 17-year-old has been in remission for a year now, but his days and nights in the hospital are still taking a toll on him.

Castaneda said he saw how other patients didn’t have the support of friends and family at all times, so he created a foundation to make them feel loved.

“Bags of Love” provides bags filled with teddy bears, crayons, bracelets and much more to bring smiles to kids.

“Just seeing him from day one to where he is right now, it's just very humbling,” Palacios said. “Just seeing what he's all about, wanting to give back to the community, wanting to do something that's grander than himself.”

The teen started fundraising, recruiting his friends and even started a club at his high school to get these bags created.

Castaneda said it makes him feel good when he hears that patients feel better after receiving the bags.

He has raised thousands of dollars since starting “Bags of Love” in April and has made more than 100 bags. He plans on passing them out to the hospitals that treated him while he battled leukemia.