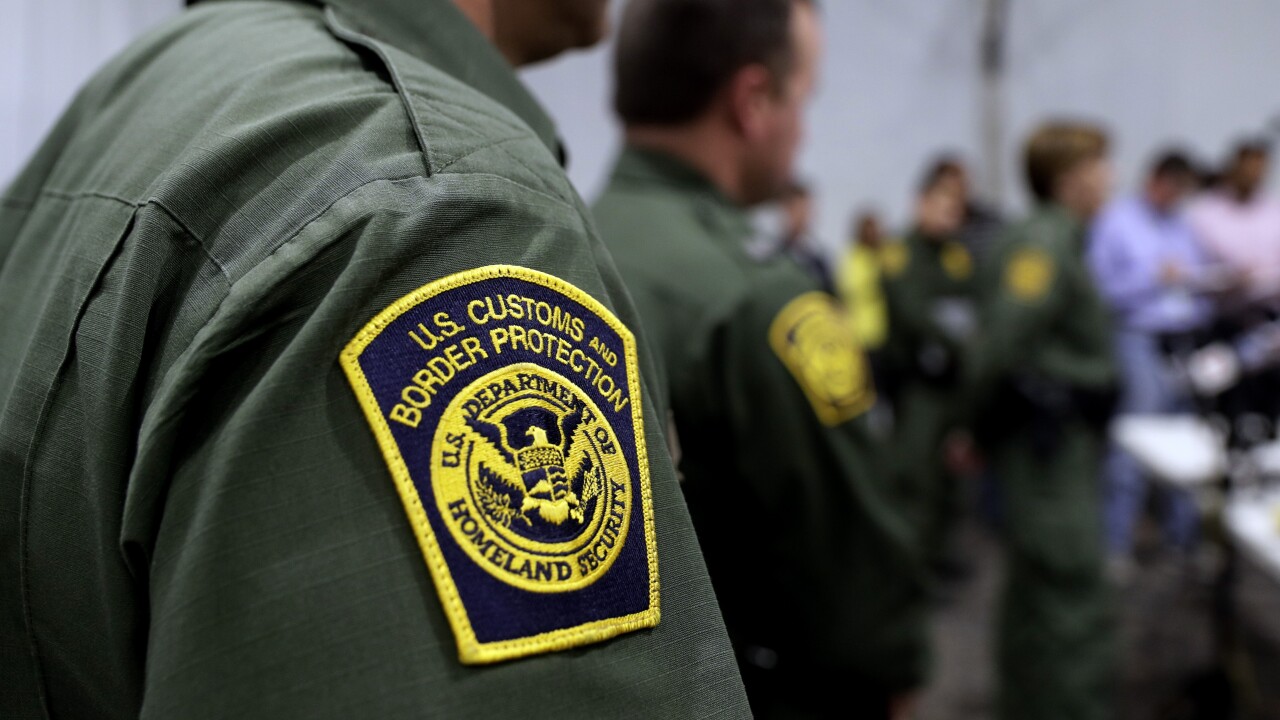 Eric Gay/AP
Border Patrol agents hold a news conference prior to a media tour of a new U.S. Customs and Border Protection temporary facility near the Donna International Bridge, Thursday, May 2, 2019, in Donna, Texas. Officials say the site will primarily be used as a temporary site for processing and care of unaccompanied migrant children and families and will increase the Border Patrol's capacity to process migrant families. (AP Photo/Eric Gay)

According to ABC News, the Trump administration is planning on sending special Border Patrol agents to "sanctuary cities" across the country to help increase the arrest and removal of illegal immigrants.

"Members of the U.S. Border Patrol Tactical Unit, a rapid-response security force, are deploying to assist Immigration and Customs Enforcement officers in Chicago and New York. Other agents from several ports of entry and field stations along the border are expected to be sent to San Francisco, Los Angeles, Atlanta, Houston, Boston, New Orleans, Detroit and Newark, New Jersey, a senior Customs and Border Protection official confirmed."

Acting ICE Director Matthew Albence issued the following statement in regards to the deployment of the agents: "ICE is utilizing CBP to supplement enforcement activity in response to the resource challenges stemming from sanctuary city policies. As we have noted for years, in jurisdictions where we are not allowed to assume custody of aliens from jails, our officers are forced to make at-large arrests of criminal aliens who have been released into communities. This effort requires a significant amount of additional time and resources. When sanctuary cities release criminals back to the street, it increases the occurrence of preventable crimes, and more importantly, preventable victims."

The news of the deployments was first reported by the New York Times on Friday.

Delano became the first sanctuary city in Kern County in August 2019. The measure was decided at a city council meeting with a 4-1 vote, and officials want to make sure the public knows that undocumented migrants are still not fully protected in Delano.

“We’re here simply to determine whether a resolution can have a physiological effect on a community, specifically the immigrant community. And I think it can," said councilman Joe Alindajao as he spoke in front of Monday's audience at Delano City Hall.

Alindajao was one of four council members that voted in favor of passing the measure. Being a sanctuary city means Delano police will enforce state law, not federal law. But that does not mean federal authorities can’t still arrest undocumented migrants in the city.