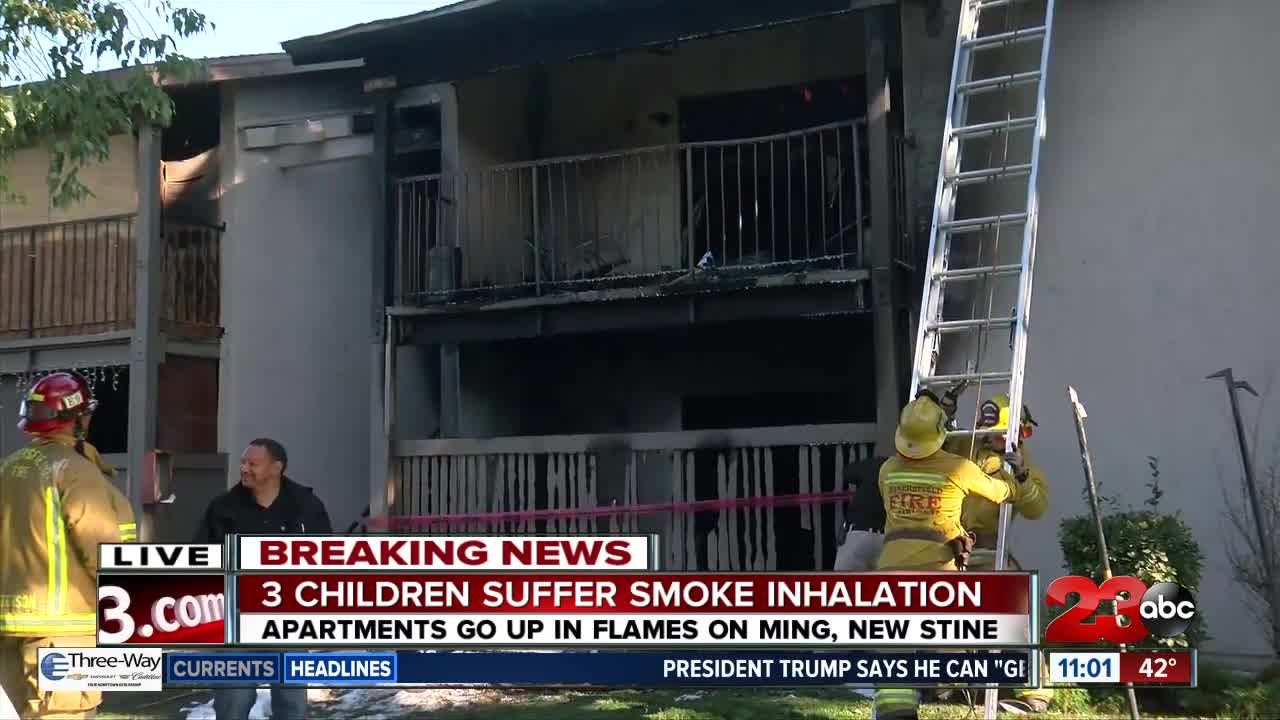 According to the fire departments, both apartments were engulfed in flames when they arrived. There were also three kids under the age of 18 in the upper-level apartment. They were sent to the hospital for minor smoke inhalation.

A neighbor of the affected apartment, Emily Ramirez, said she spoke with the lower-level tenant and he is shaken up. She says she offered him some of her clothes after he lost all of his belongings in the fire.

"I just heard fire, fire!" said Ramirez. "And I grabbed my son and ran out of the complex along with the other neighbors."

Arson units are still investigating the cause and origin of the fire. Kern County Red Cross was also on scene to help the displaced families.