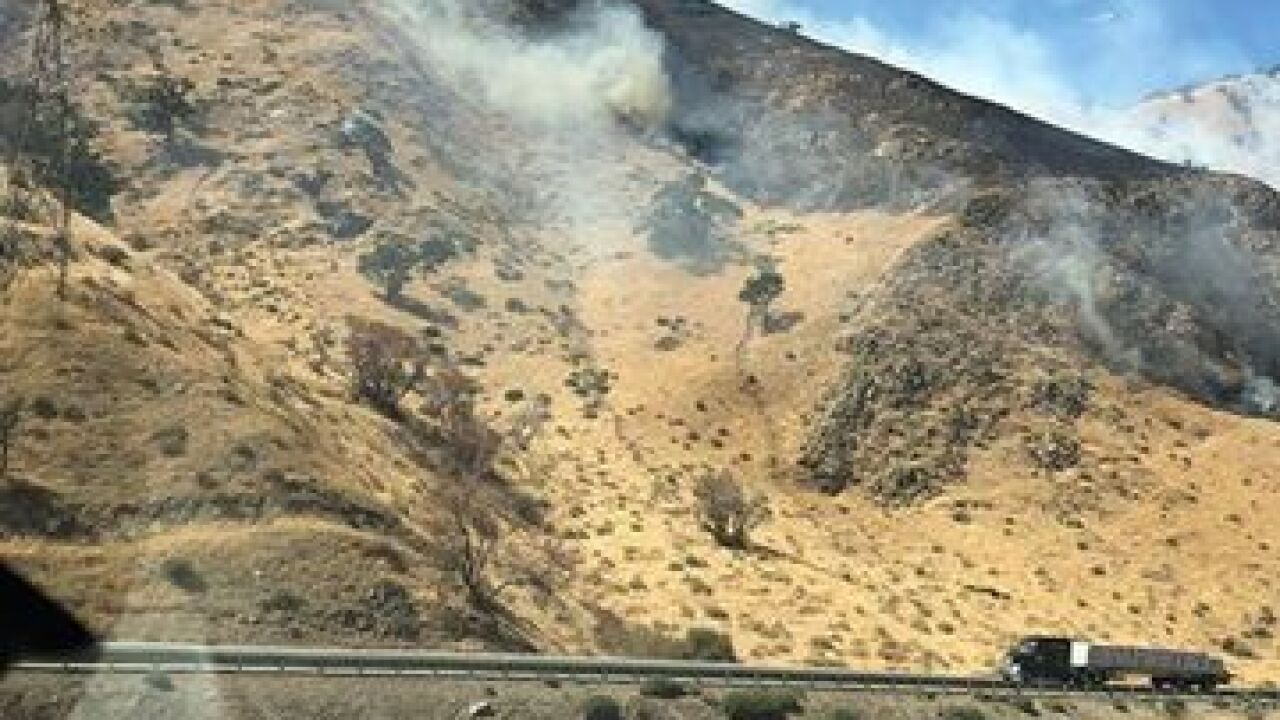 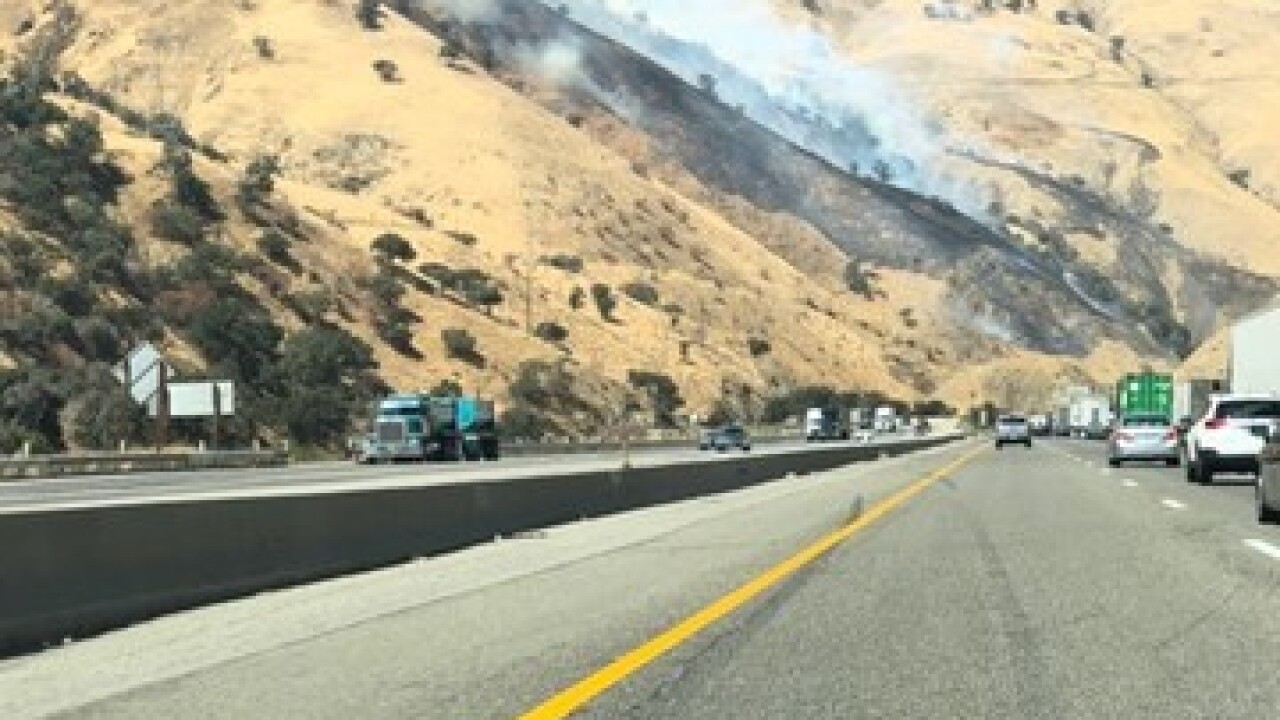 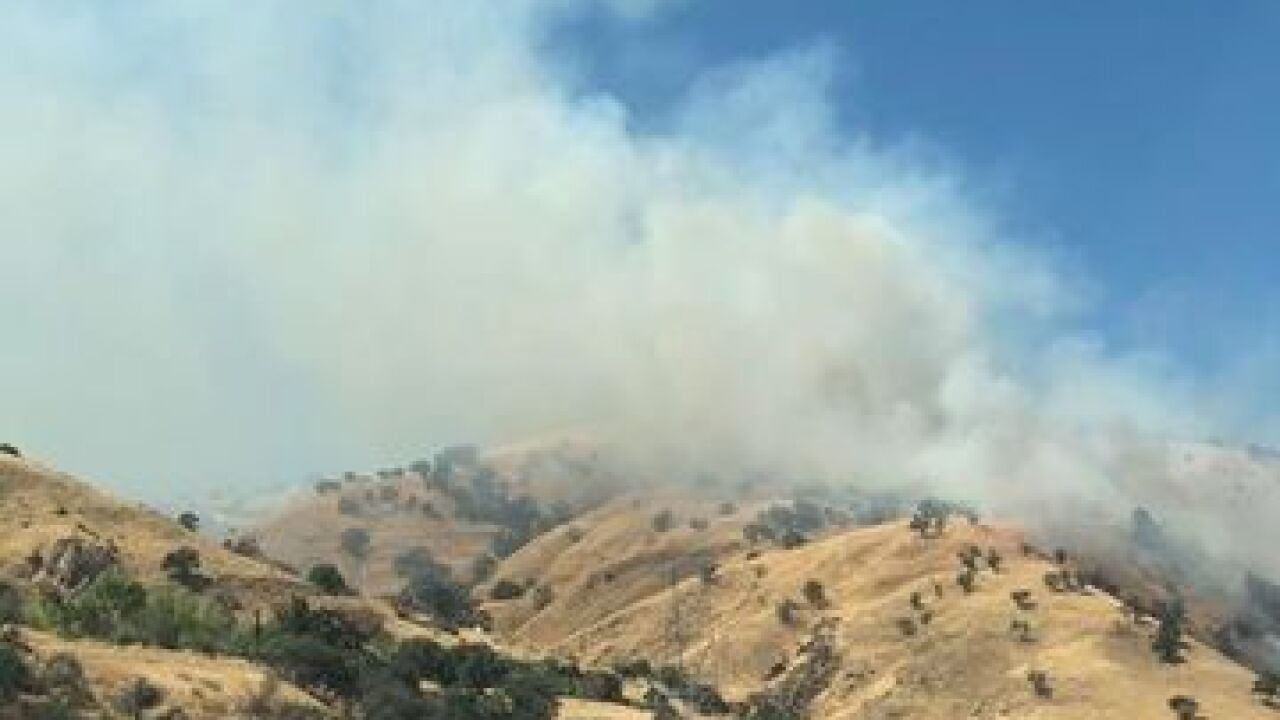 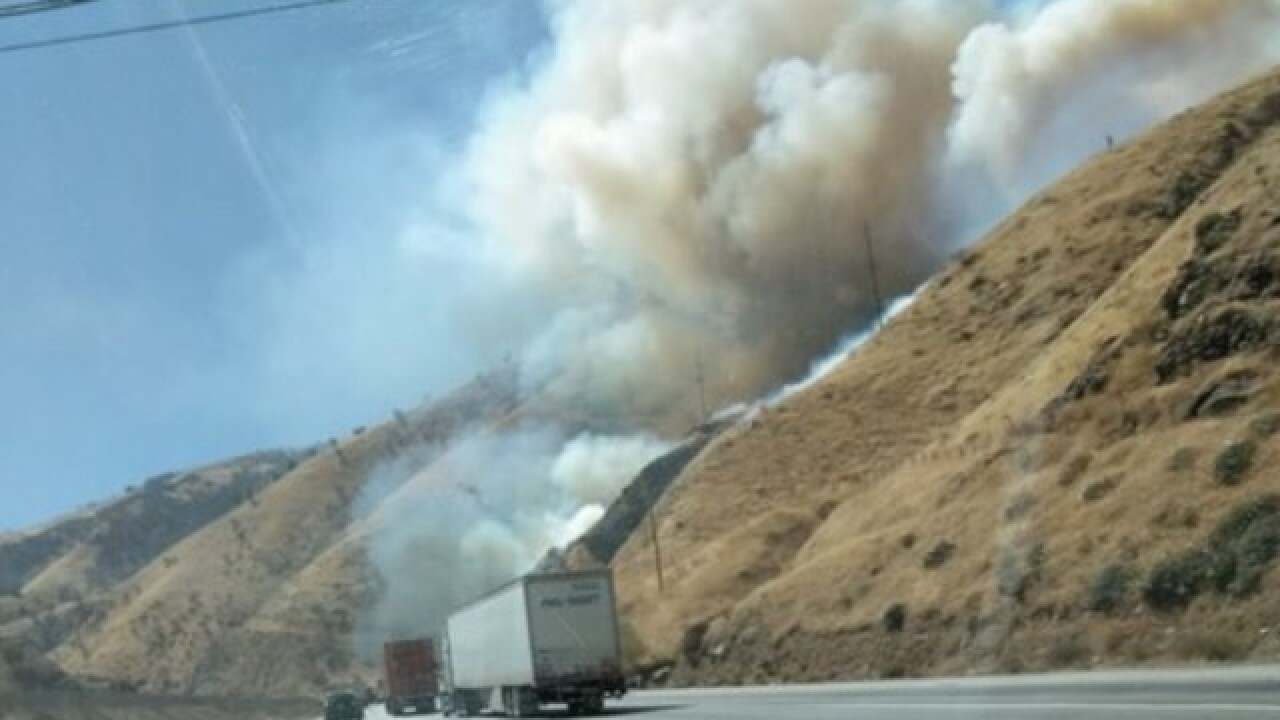 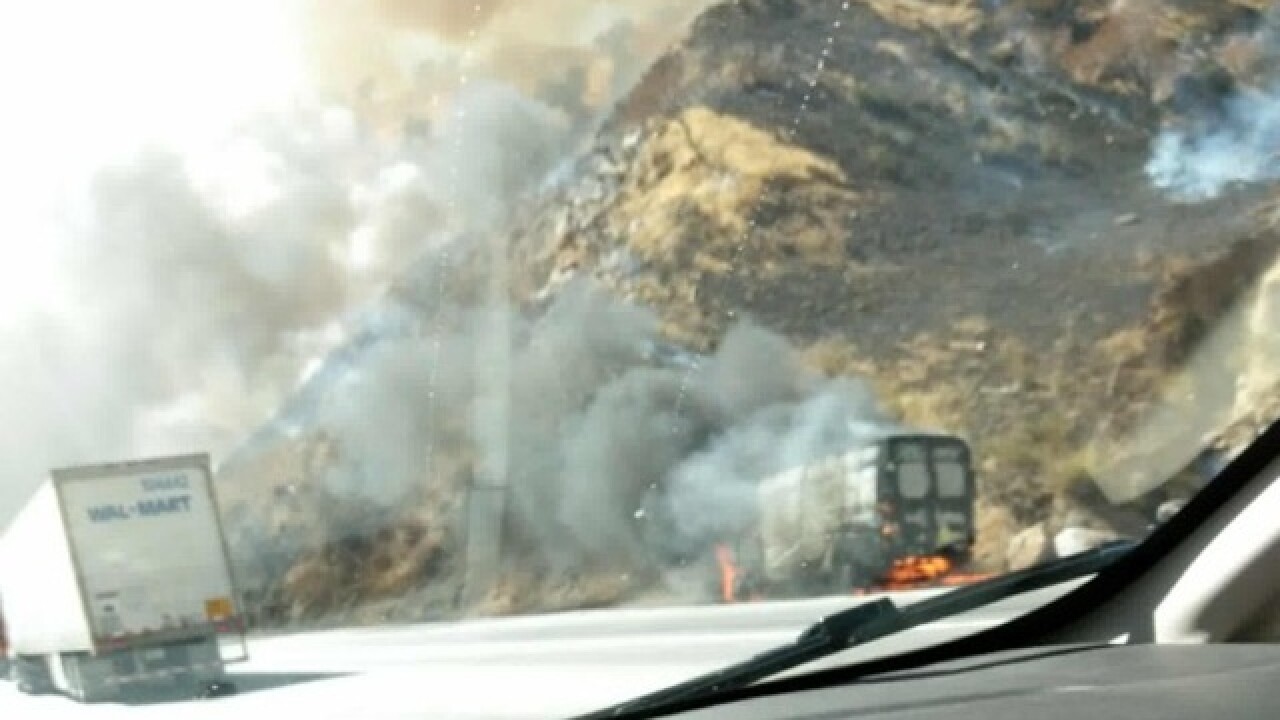 (UPDATE: September 13, 2018 1:27 a.m.) The fire is up to 95 acres with 60 percent containment.  Officials confirm a firefighter from the Kern County Fire Department was injured around 1:30 p.m. The injury was from a rolling rock and caused moderate injuries.

On scene Firefighter Paramedics from KCFD station 58 were first to make patient contact, enabling them to begin providing ALS care within minutes of the injury occurring. Helicopter 408 directly transported the firefighter to a local hospital where evaluation and treatment is being provided.

The firefighter is in stable condition.

(UPDATE September 12, 2018 1:48 p.m.) Kern County Fire officials confirm that a firefighter has been injured while battling the Water Fire. They are unsure as to the extent of the injury. He is currently being hoisted out of the area and taken to a hospital.

(UPDATE September 12, 2018 1:30 p.m.) KCSO has recommended evacuations for residents in the Digier Canyon. The evacuations are not mandatory.

According to KCFD, the fire has spread to 50 acres.

According to Fort Tejon CHP, the number 4 lane is closed. It has been closed for about an hour. Fort Tejon CHP says the lane should reopen in about 15 minutes.

Kern County Fire Department is responding to a vegetation fire on SB I-5 south of Grapevine Rd.

KCFD has labeled this fire as the Water Fire. The fire has already burned 30+ acres. KCFD says it is a potential threat to structures in the Digier Canyon.

KCFD says to expect delays if traveling in that area.