Woman shot and dropped off at McDonald's in northeast Bakersfield 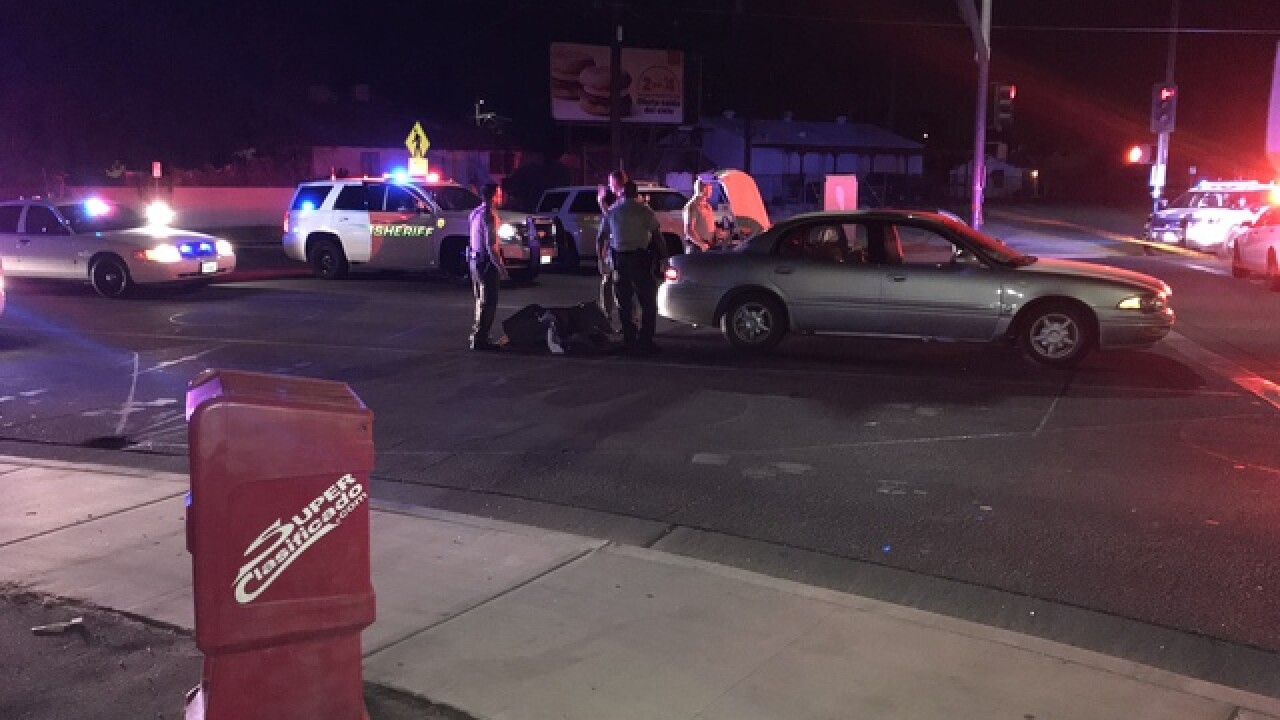 The Kern County Sheriff's Office is investigating a shooting that happened in northeast Bakersfield on Saturday night.

KCSO says they got a call for a shooting at about 9:23 p.m. and were sent to the 2600 block of Nelson St. They then received information that brought them to the McDonald's on Mt. Vernon Ave. and Columbus St., where they found the female victim of the shooting. KCSO says they believe the victim was shot at the location on Nelson and was dropped off at McDonald's.

The suspect was stopped at a traffic stop at River Blvd. and Bernard St. and was taken into custody. The victim was taken to the hospital, and the extent of the injuries are unknown.