Mexican couple caught carrying body parts in baby stroller, accused of killing as many as 20 women 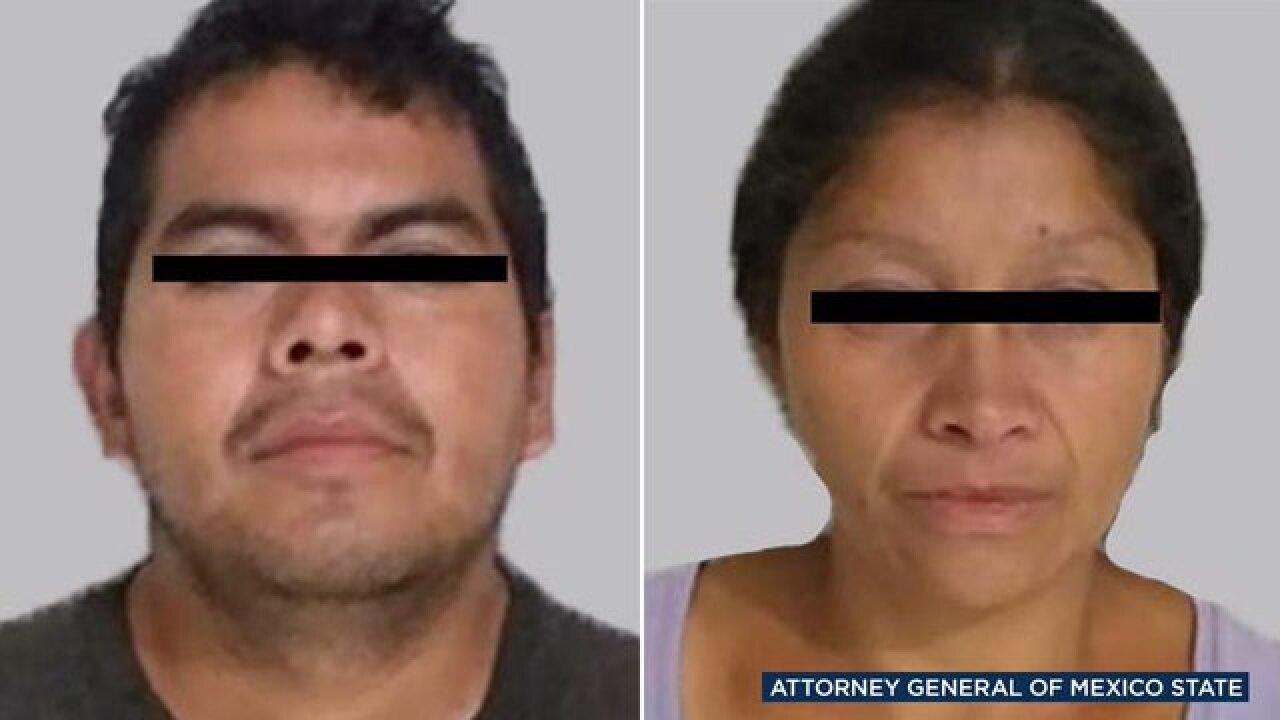 Copyright 2018 Scripps Media, Inc. All rights reserved. This material may not be published, broadcast, rewritten, or redistributed.
<section><p>Alejandro Gomez, the chief prosecutor of Mexico State, holds a press conference about the arrest of a couple accused of killing as many as 20 women.</p></section>

MEXICO CITY (AP) -- A Mexican couple caught carrying dismembered human remains in a baby carriage may have killed as many as 20 women, a top prosecutor said Monday.

The man confessed to 20 killings, but gave details including the names of only 10 victims, said Alejandro Gomez, the chief prosecutor of Mexico State, which is located north and west of Mexico City. The couple was caught last week in Ecatepec, on the northern outskirts of the capital.

Gomez told Radio Formula the man appeared proud of the killings; there were signs he suffered a personality disorder and resented his mother and a previous girlfriend.

"What seemed macabre to me is that this person mentioned 10 cases in which he gives details, the names of the victims; he gave us the clothing they had on at the time," Gomez said. "He seemed happy about what he had done."

His companion apparently helped him lure the women but may have played a submissive role.

Police placed the couple under surveillance after phone records showed they had contacts with three missing women. On Thursday, police caught them coming out of a house with a baby carriage carrying plastic bags with dismembered human body parts which the pair intended to dispose of in a nearby vacant lot.

Police said they went to the lot and found more body parts, but they were in such bad condition that forensic tests will be needed to identify them.

Gomez said the man confessed to sexually abusing some of the victims before killing them. Most were single mothers, and the couple apparently lured their victims with offers of cheap baby clothing.

The couple, who were identified only by their first names in a police statement, also reportedly confessed that they had sold one of the dead women's 2-month-old baby to another couple. The baby was recovered and the other couple was detained.

Mexico State, which borders Mexico City to the east, north and west, has suffered from waves of women's killings in recent years.