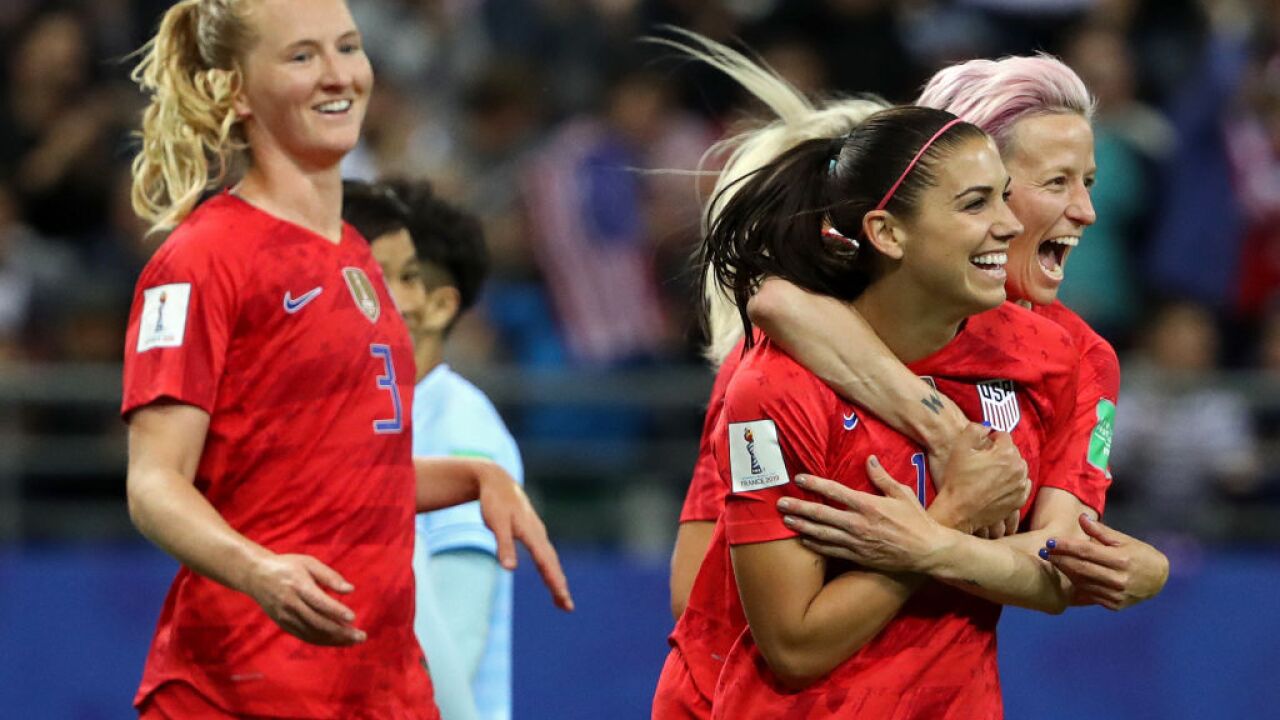 This score is not a typo: The United State's Women's National Team defeated Thailand 13-0 in the United States' World Cup opener against Thailand.

Who said soccer is a low-scoring sport?

The Americans out-shot Thailand 40-2 and had 73 percent of the possession.

Alex Morgan led the charge for the United States by scoring five goals on Tuesday. Morgan's left-footed boot in the 87th minute tied the World Cup record for most goals by a player in a single game.

The US returns to action on Sunday against Chile.