2020 hopefuls call on AG Barr to resign after Senate visit 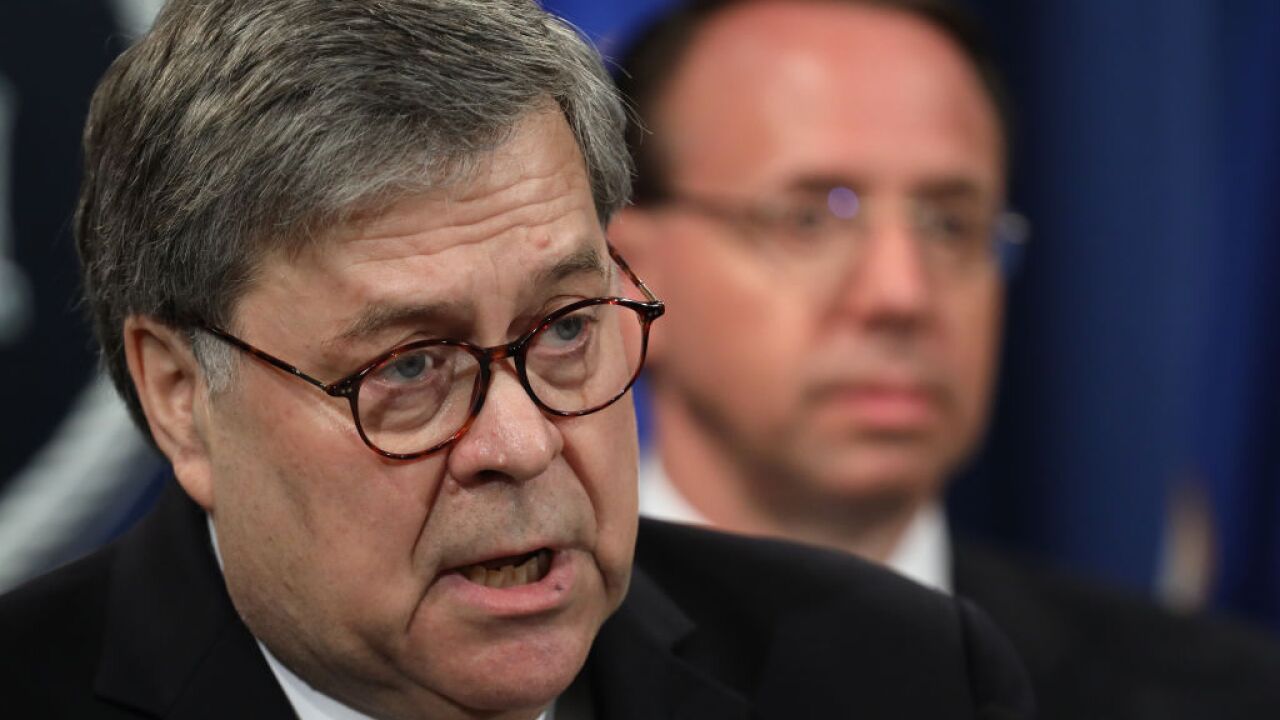 A slew of 2020 Democratic presidential candidates called on Attorney General William Barr to resign Wednesday as he testified in front of the Senate Judiciary Committee.

Harris' call for Barr to step aside came just after her round of questioning on the first of two scheduled days of potentially contentious Capitol Hill testimony for the attorney general.

"I believe that what was absolutely enlightening -- and should be deeply troubling to the entire American public -- is that he made a decision and didn't review the evidence," Harris told CNN. "No prosecutor worth her salt would make a decision about whether the president of the United States was involved in obstruction of justice without reviewing the evidence."

"This attorney general lacks all credibility and has, I think, compromised the American public's ability to believe he is a purveyor of justice," she added.

Harris' questioning of Barr was the standout moment of the hearing from any of the 2020 candidates involved; Booker and Sen. Amy Klobuchar of Minnesota also questioned Barr on Wednesday. Using her experience as a prosecutor, Harris asked Barr several direct questions that unsettled him.

Barr was unable to tell Harris whether anyone at the White House has suggested he open an investigation into any individual, asking her to specify whether she was referring to President Donald Trump or anyone else.

"Seems you'd remember something like that and be able to tell us," Harris said.

"Yeah, but I'm trying to grapple with the word 'suggest,' " Barr replied. "There have been discussions of matters out there that they have not asked me to open an investigation, but -- "

The senator from California then grilled the attorney general on whether he had reviewed the underlying evidence as he was responsible for the charging decision. The line of questioning revealed that neither Barr nor Deputy Attorney General Rod Rosenstein had looked at Mueller's underlying evidence before deciding not to charge Trump with obstruction of justice.

Not long after the hearing, Harris sent out a fundraising email touting her questioning of the attorney general.

During his own period of questioning, Booker cast doubt on Barr's objectivity in light of the attorney general's comments -- preceding the redacted Mueller report's release -- that Americans should be "grateful to have confirmed" that the Trump campaign did not cooperate with Russian operatives.

"I find your choice of words alarming," Booker said. "I think it calls into question your objectivity, when you look at the actual context of the report."

Booker later used Twitter to call on Barr to resign.

"Attorney General Barr answers to the American people—not to President Trump—and over the past 24 hours it's become clear that he lied to us and mishandled the Mueller Report. He needs to step down," Booker said.

Klobuchar, another former prosecutor, asked questions that led Barr to say that he does not know if the special counsel reviewed the President's tax returns or Trump Organization financial statements. Barr said he could find the answer, but also suggested that Klobuchar ask Mueller when he testifies.

"OK, well, I'll do that too," she replied. "But I think I'll also ask you. And then obviously we would want to see them as underlying information."

On Wednesday night, a Klobuchar spokesperson said the senator thinks the attorney general should resign.

"She's always thought he should resign -- since she didn't want him to have the job in the first place because of his expansive view of executive power," the spokesperson told CNN.

After the hearing, the chairman of the committee -- Sen. Lindsey Graham, a South Carolina Republican -- said he does not plan to call on Mueller to testify.

Other 2020 candidates who were outside the committee room did not wait until after the hearing to issue their calls for Barr to step down.

Castro didn't even need to see Barr's testimony to determine that he should step aside. In an interview Tuesday on "CNN Tonight" with Don Lemon, Castro said Barr "actively misled the public and Congress."

"He's completely compromised," Castro said, and "ought to resign or they should begin impeachment inquiries."

Inslee was next to call on Barr to leave his post.

In a tweet during Wednesday's hearing, Warren called Barr a disgrace.

"AG Barr is a disgrace, and his alarming efforts to suppress the Mueller report show that he's not a credible head of federal law enforcement," Warren tweeted. "He should resign—and based on the actual facts in the Mueller report, Congress should begin impeachment proceedings against the President."

Gillibrand tweeted just before the hearing ended that she also believed it's time for Barr to step down.

"Attorney General Barr needs to resign. Today, he's proven once again that he's more interested in protecting the president than working for the American people," Gillibrand tweeted. "We can't trust him to tell the truth, and these embarrassing displays of propaganda have to stop."

O'Rourke tweeted after the hearing, "Barr has failed in his responsibility to our country. He is not fit to serve as Attorney General and should resign."

Biden, stopping for ice cream Wednesday night in Des Moines, Iowa, was asked by a CBS reporter whether Barr should resign.

"I think he's lost the confidence of the American people. I think he should," Biden replied.