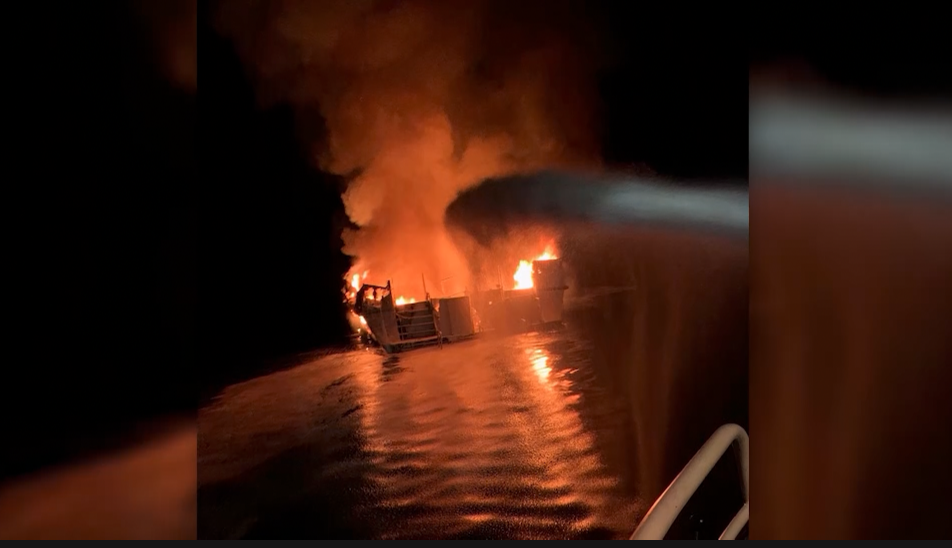 Officials fear that 34 people are dead after a fire broke out on a tour boat carrying scuba divers. Officials have recovered 20 bodies and are calling off rescue efforts. 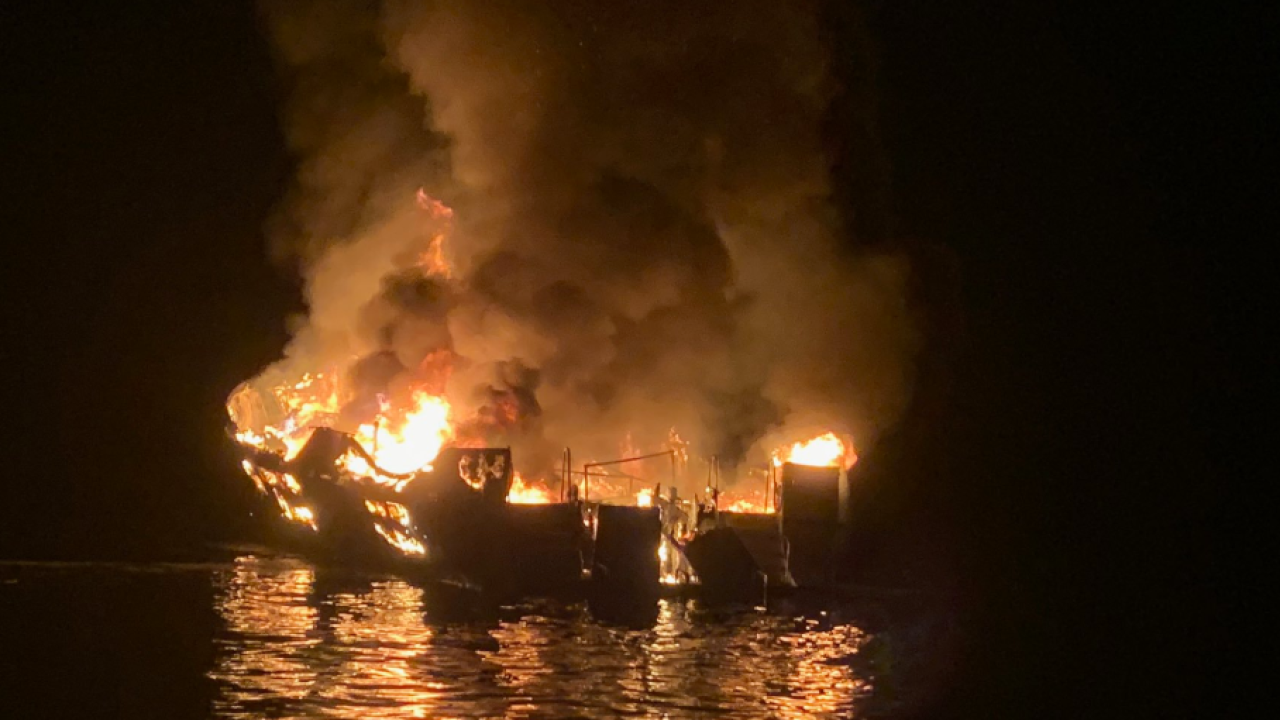 Officials say 20 bodies from the Southern California boat fire have now been recovered.

Five crew members who were awake above deck and jumped into the water were rescued Monday. Officials believe the remaining 14 passengers who have not been found are dead.

The U.S. Coast Guard says it has suspended search efforts for now, due to "no evidence of individuals entering the water."

The Coast Guard says it does not have any information as to how the fire started but the boat was in compliance at time of inspection.

Crews responded to the fire around 3:28 a.m. local time on Monday.

The diving boat, called Conception, left Saturday for a three-day diving trip. It was scheduled to return later Monday, according to the company website. On the last part of the three-day trip, the ship caught fire off California's Santa Cruz Island.