27 of 28 firefighters in Maine town quit over safety issues 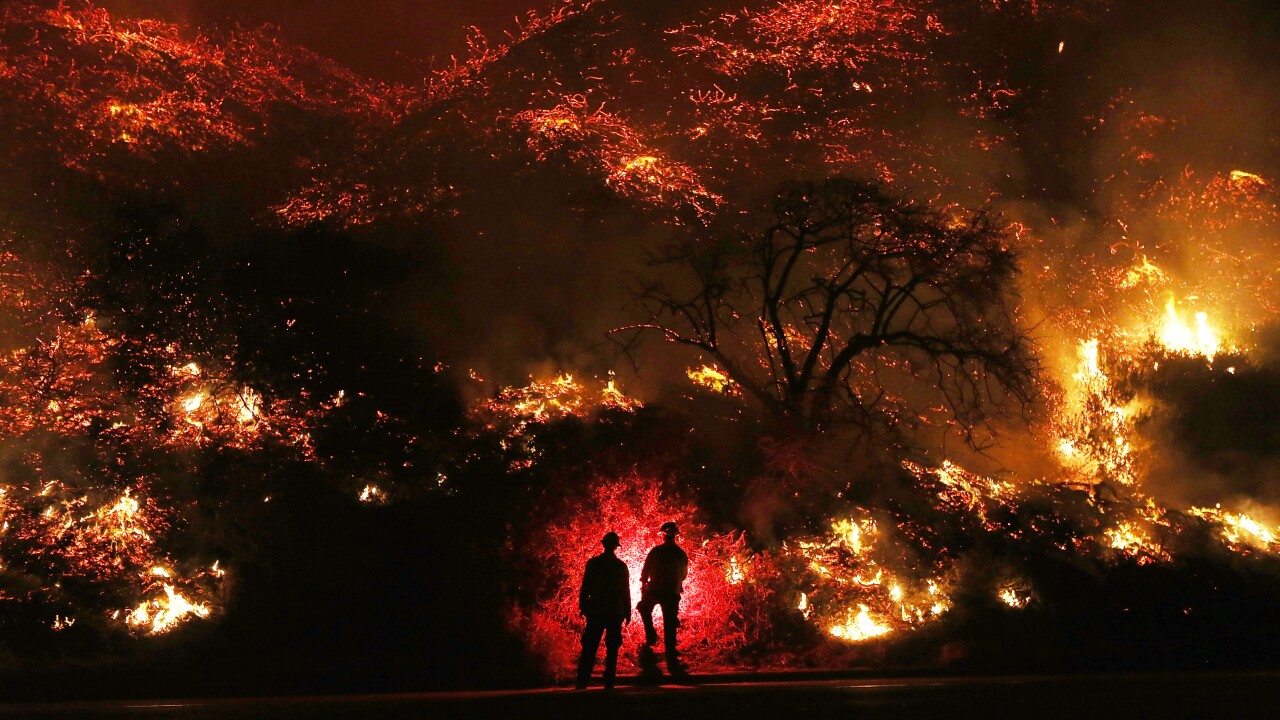 Mario Tama/Getty Images
VENTURA, CA - DECEMBER 07: Firefighters monitor a section of the Thomas Fire along the 101 freeway on December 7, 2017 north of Ventura, California. The firefighters occasionally used a flare device to burn-off brush close to the roadside. Strong Santa Ana winds are rapidly pushing multiple wildfires across the region, expanding across tens of thousands of acres and destroying hundreds of homes and structures. (Photo by Mario Tama/Getty Images)

THORNDIKE, Maine (AP) — Nearly all of a Maine town’s firefighters have quit following a heated meeting with local officials.

The Bangor Daily News reports all but one of the 28 members in the volunteer department in Thorndike resigned after the town Select Board meeting Wednesday.

The firefighters say in a letter that they are resigning due to “outdated and unsafe equipment” that town officials refuse to replace.

Before the meeting, the firefighters had wanted the town to reinstate George Russell as a firefighter and release about $85,000 from the department’s truck and equipment replacement fund.

Russell stepped down from chief after he acknowledged stealing more than $5,000 from the department in 2014.

Second Selectman Bob Carter says the town has mutual aid agreements with other communities in case of emergencies.