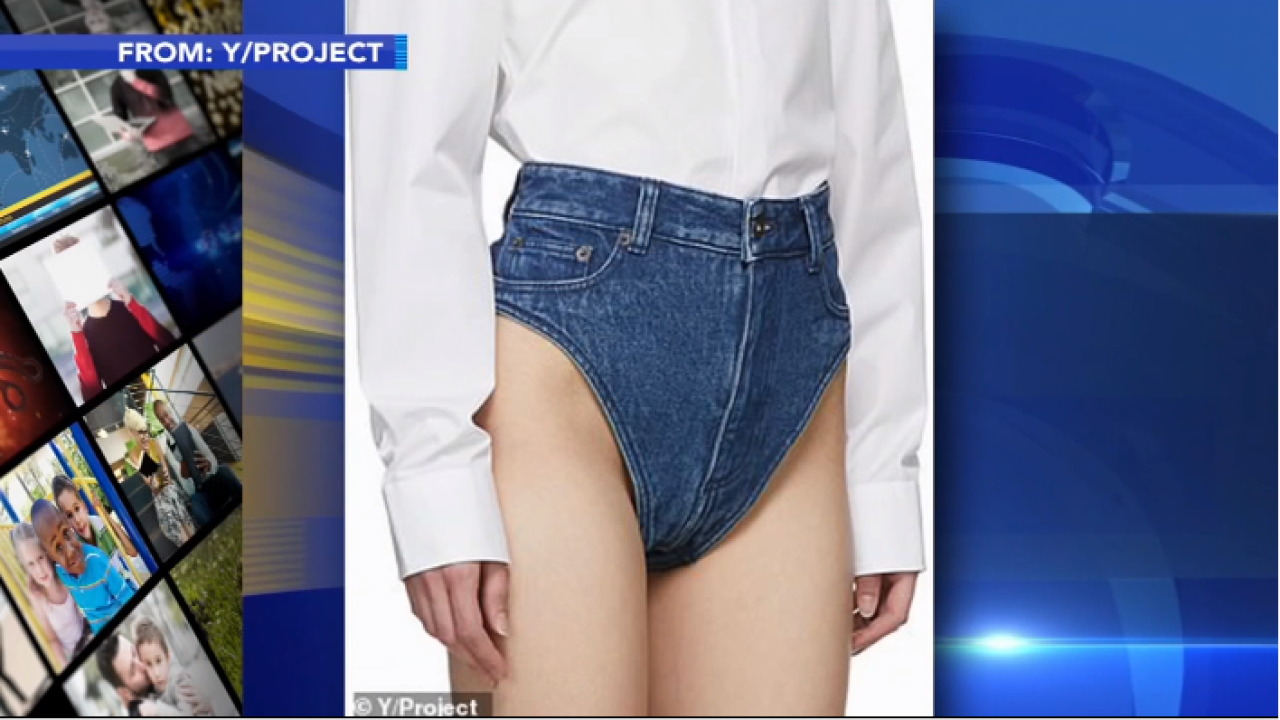 ABC6 — This seems like something that would be an April Fools' joke, but it's not.

A designer clothing company is raising eyebrows after releasing a pair of high-cut denim "brief-style" shorts.

The shorts feature a high-waist, zip front and a button at the waistband.

They can be worn under or over pants.

The company calls it underwear that doesn't need to stay "under there".

But they're not for everyone - not because of the fit, but the price! They cost a staggering $315.

When we checked Monday afternoon on the company's website they are all sold out, except for a few pairs left in size extra small.

Story courtesy of ABC6 and ABC7.