A man was trapped under his Jeep. Then a powerlifter showed up — and lifted the vehicle off him 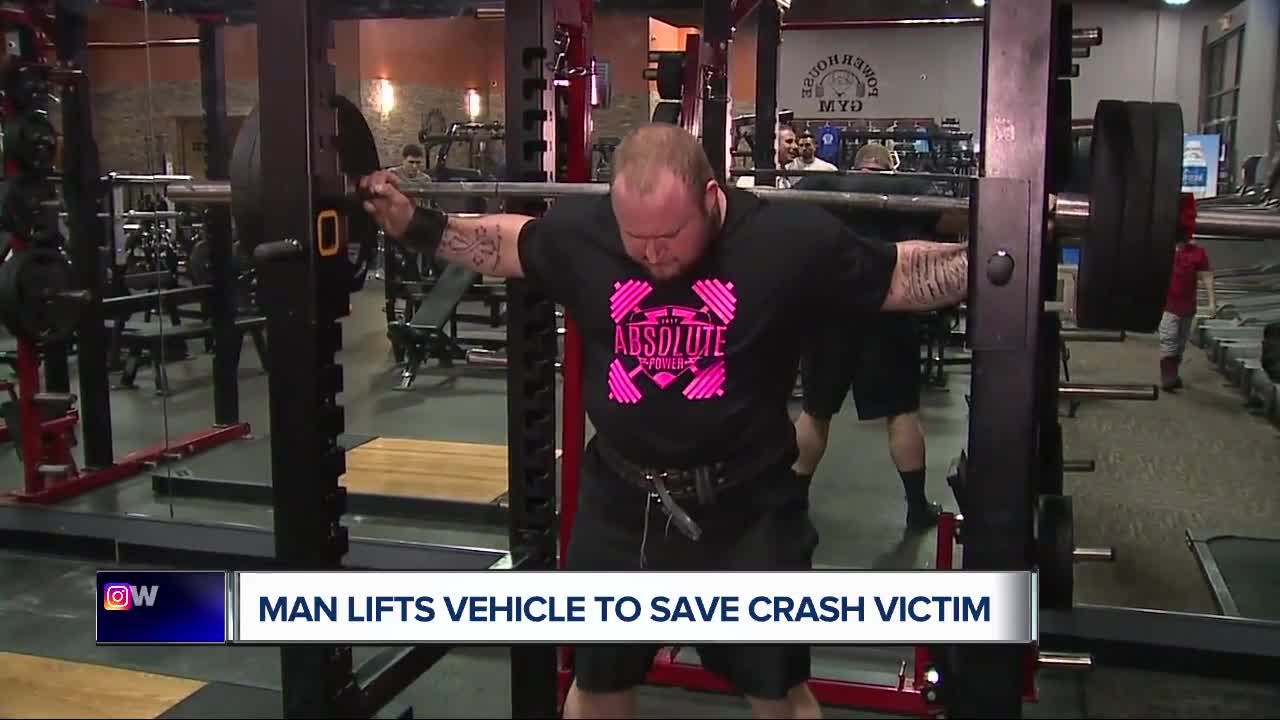 A local power lifter is being hailed as a real life super hero, after his quick actions helped save a man pinned under a rolled over vehicle. Ryan Belcher, works out and trains at the gym 5 days a week. It’s his life, and a place he credits for giving him extra strength on a day he needed it the most. 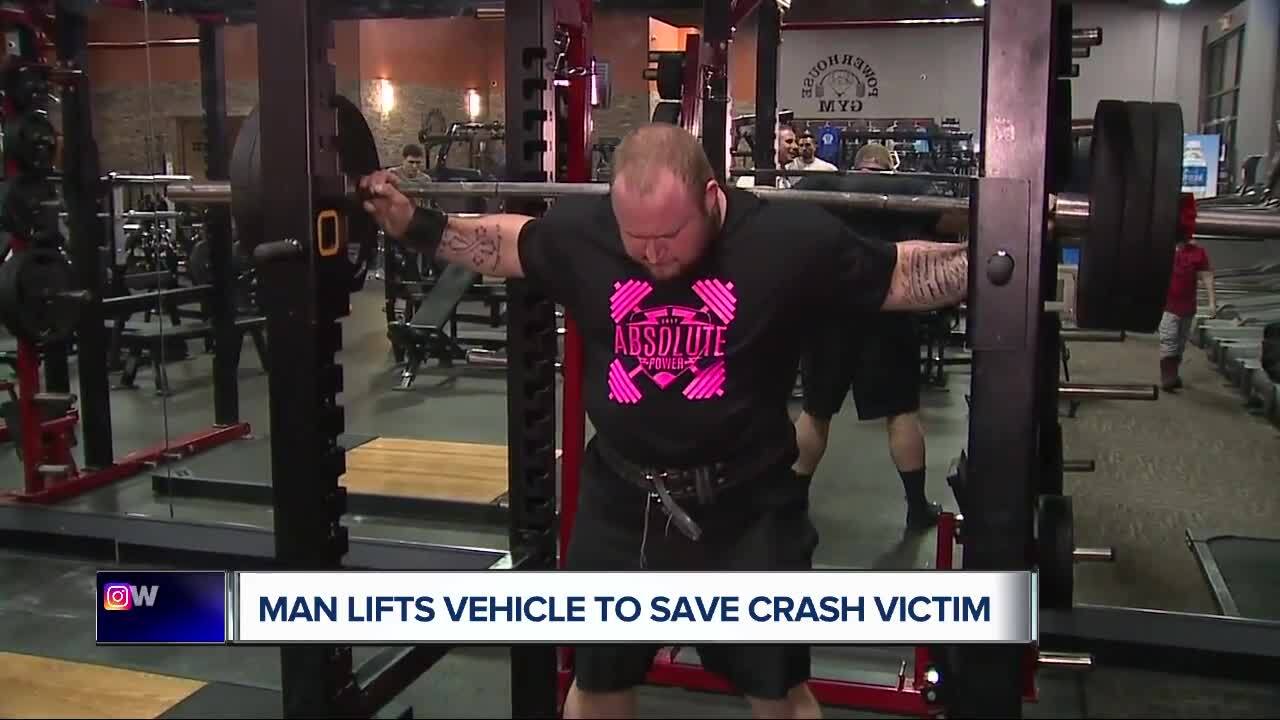 DETROIT — A Michigan powerlifter is being hailed as a real life superhero after his quick actions helped save a man pinned under a rolled over vehicle.

Ryan Belcher works out and trains at the gym five days a week. It’s his life, and a place he credits for giving him extra strength on a day he needed it the most.

"I just lifted and started pushing the vehicle as hard as I could," Belcher said.

"What’s weird is it’s easier for me to not know the weight," he said.

It was around 4:30 p.m. Thursday when Belcher heard something outside his workplace in Ypsilanti, Michigan.

"I just hear a big smash and, as I look out, a crowd of people are coming and this vehicle is flipped upside down and my first instinct was to just take off out there," he said.

A crumbled Jeep lay on its roof and, just a few feet away, a car with front-end damage.

"As I approached the one vehicle in the middle of the lane, she was awfully bloody and I made sure she was OK, and she responded with 'yes I’m OK,' " Belcher said.

His attention then turned to the man trapped under the Jeep, begging for help.

"Half of his torso was outside of the vehicle and the other half was still underneath in the vehicle. I had no other choice. It was either save a man or not believe in myself. So I just reached in did what I had to do," Belcher said.

He says what happened next can only be described as, "OK, this is where I need to be. This is all the power I’ve used, all the training I’ve been through, this is the time where it’s really going to pay off in a good way to help somebody," he said.

The two drivers involved in the crash suffered serious injuries, but no fatalities were reported.

"I like being called the Hulk, my son’s favorite is the Hulk and he always says my daddy is the Hulk. To say I’m a hero, I don’t know. I’m glad to have been there and I was put there for a reason," he said.

Belcher says he’s grateful he didn’t freeze when lives where at jeopardy, and for being in the right place at the right time.