A sex offender was able to de-register and become a lawyer. His then-child victim wants answers 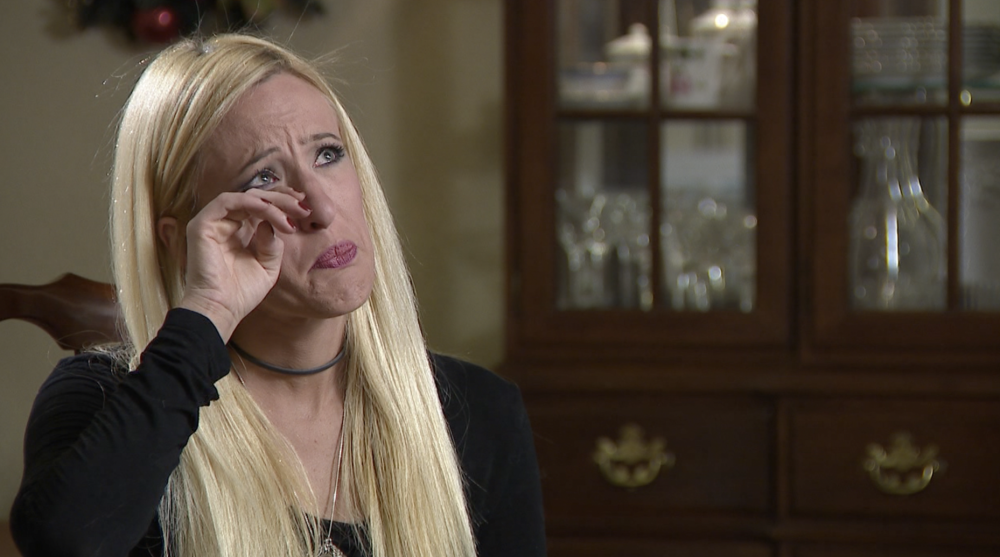 A Contact7 investigation found that in the state of Colorado, hundreds of sex offenders are getting off the sex offender registry every year. In one case, a felony sex offender's motion was granted even after his victim pleaded against it. 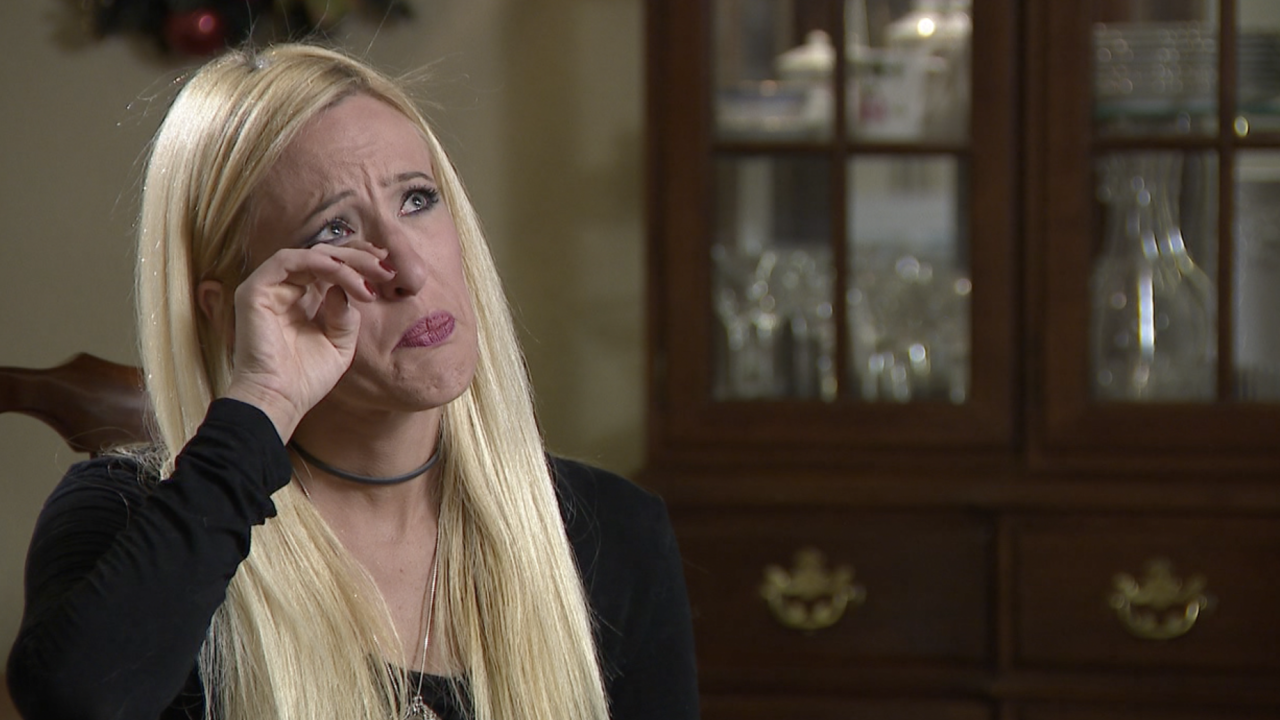 DENVER — A KMGH investigation found that in the state of Colorado, hundreds of sex offenders are getting off the sex offender registry every year. In one case, a felony sex offender's motion was granted even after his victim pleaded against it.

While KMGH generally doesn't identify victims of sex crimes, Amy Stillahn wants her story told and wants people to know what she has been through.

"He stole something from me, absolutely," she said, speaking for the first time publicly about the then-21-year-old lacrosse coach at Arapahoe High School, Matthew Buck, who she first met in an AOL chat room in 2000 when she was only 14 years old.

"It was on the playground," she said. "That pea gravel, I remember it sticking to my skin on my bottom, and I was just like, 'I don't want to do this.' It's destroyed and shattered my life."

That year, Buck pleaded guilty to attempted sex assault on a child by a person in a position of trust for the crime.

After the charges became public, Stillahn said she went from popular cheerleader at Arapahoe High School in Centennial, Colorado, to social outcast overnight.

"Kids put together the crying girl in the counseling office was the one on the news, and I was being called a slut," she said, the emotions still raw almost two decades later. "I had no friends. It was so hurtful."

In the fallout, she tried to end her life for the first time, and a lifelong battle with anorexia and depression began. She dropped out of the high school and was home schooled, never going to college.

"I think about dying every day," she said. "So often, I just want it to be over."

After he went to prison in 2005 on a probation violation, the son of an attorney went to law school, passed the Colorado bar and now practices law in Denver, focusing on marijuana and criminal defense, according to his firm's web site.

"It is not common [for felons to practice law in Colorado], but it does occasionally happen," said Jessica Yates, Colorado's attorney regulation counsel, who said attorneys must meet character and fitness standards.

Records obtained by KMGH from a recent court transcript show prosecutors said Buck downplayed his conviction to the bar, stating he "was involved in a romantic relationship with a high school student."

"I met him twice and he raped me. No. We did not have a romantic relationship," Stillahn said. Stillahn added that at 14, no sexual relationship with an adult in a position of trust could be considered consensual.

John Gleason was the attorney regulation counsel for Colorado in 2011 and said the bar admission system then was dramatically different. His office took over shortly afterward, he said, implementing a more thorough investigative process.

"To say that Mr. Buck would not be admitted under the current character and fitness evaluation process is pure speculation," Gleason said. "What I would say is that based on my experience, his application would receive a much different evaluation, a much more thorough evaluation ... I’m not aware of any other case that is as significant a crime as this."

Buck became an attorney, but he was still a registered sex offender, until he filed a motion to de-register last year.

"This was the last thing I was expecting, and didn't know it was possible," Stillahn said.

Under Colorado law, certain sex offenses must stay on the sex offender registry for life, but Buck pleaded down to attempted child sex assault by a person in a position of trust, which is eligible for de-registration after 10 years.

"I just think it was probably a loophole that was inadvertently created by the legislature," said former Denver District Attorney Mitch Morrissey. Morrissey said he believed attempted sex crimes should be included on the list of crimes not allowed to be de-registered. "I think somebody could take this up and should take this up because again, I think it’s a loophole that they did not intend to have. "

KMGH found hundreds of sex offenders de-register every year in Colorado, and while Morrissey speculated that many are deferred sentences or misdemeanor sex crimes, he said some may be "attempted" crime felony offenders who should be monitored.

"Also, I don’t think people should use the registry as gospel on whether someone is a sex offender or not because an awful lot of of sex offenders get off the registry," he said.

Buck said he did not wish to comment, stating that he had two daughters, and court transcripts show he stated they were the reason he filed to de-register.

Christopher Decker, a criminal defense attorney in Denver, said many sex offenders have been targeted because of registries.

"They have been assaulted. Their houses have been burned down. Their children have been ostracized in schools," said Decker, who has worked with the Colorado Criminal Defense Institute Project, offering free legal services around the state for those who qualify to de-register. "I think what's going here is society is beginning to look more carefully at how and why and when we should require someone to register and what are we really getting from this registration."

Decker said the constitutionality of registries is now being challenged in federal court, and many states are looking a modifying them.

"When you have a system that treats everybody the same, bad things happen and some good people get caught up and some bad people don’t get caught up enough," Decker said.

Under Colorado's Victim's Rights Act, a petition to discontinue registration is defined as a critical stage, so victims have a right to be informed of and present for the criminal justice process. Also, to find out if a sex offender has filed a motion, the criminal case number associated with the defendant's conviction is the same case number for the petition to de-register.

So, Stillahn faced Buck for the first time to fight his motion to de-register, speaking out in court and telling her story.

However, Judge Phillip Douglass eventually granted the request , citing Buck's law license as a factor in his decision. KMGH tried to reach Douglass by phone several times with no response. He was voted off the bench last year, but he granted the request last month before his term ended.

We checked and in the 18th Judicial District, where this happened, the majority of de-registration motions were granted last year. In 2018, of the 23 motions to de-register that were filed, 14 were granted, seven were denied and two are still waiting for hearings.

Stillahn wants the law allowing felony sex offenders to de-register changed and wants to warn others about sex offenders no longer on the registry. Really, though, she just wants her life back.

"Everything that has happened all stems back to Matthew Buck," Stillahn said. "What if that had never happened?"